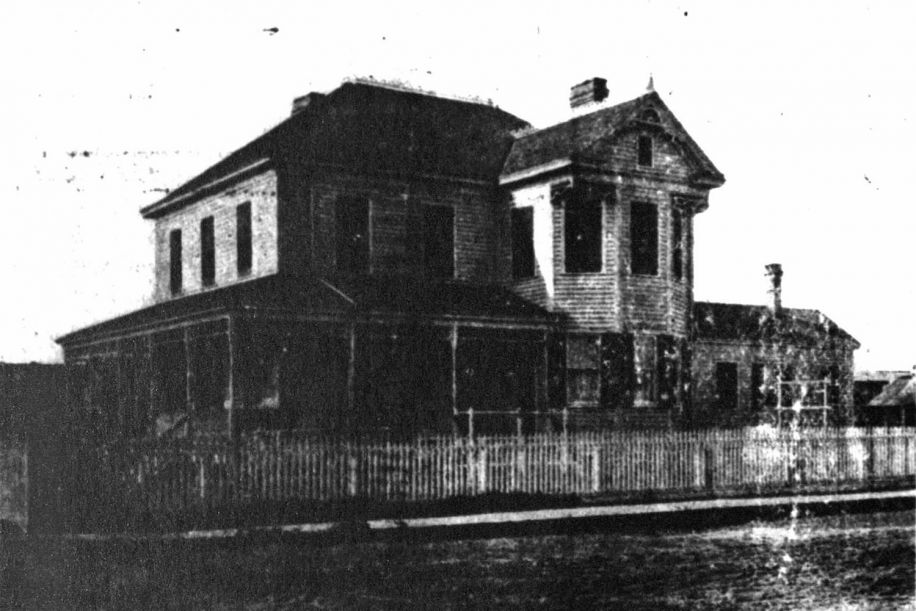 With downtown demolitions on the rise, we take a look at what the Historic Structure Moratorium could mean for the future of downtown development.

The demolition of the John Sunday House in July 2016 has spurred serious discussions of how to handle downtown development, especially in regards to tearing down historic properties in order to pave the way for new development.

In fact, between the months of June and August alone, the City had issued a total of 16 demolition permits all for properties in Downtown Pensacola.

This is where the Historic Structure Moratorium comes in, as a “press the pause button” originally proposed by City Councilman Brian Spencer, which states that neither recognized historic structures nor buildings within city limits that were built during or before 1916 will be allowed to be demolished over the next six months, while the city’s Planning Board considers new rules for historic preservation and new language defining what can classify as a “historic structure.”

The City Council voted 6-2 to implement the 180-day moratorium on the demolition of any structures over the age of 100 within the city limits but not within a special review district.

According to section 12-2-10(9) of the City’s code of ordinances on tearing down historic structures: “Demolition of a contributing structure constitutes an irreplaceable loss to the quality and character of the Historic District and is strongly discouraged… Therefore, no permit shall be issued for demolition of a contributing structure unless the owner demonstrates to the (Architectural Review) board clear and convincing evidence of unreasonable hardship.”

The provision applies only to the Pensacola Historic, North Hill and the Old East Hill districts. Historically, African-American neighborhoods like Tanyard or Belmont-Devilliers don’t have historic district protections, and the Governmental Center District in which the Sunday House was located isn’t subject to this section of the code. Regulations for the Governmental Center District do still require approval by the city’s Architectural Review Board for demolitions, however.

For this reason, the Planning Board is proposing that a Historic Preservationist be present during all hearings related to demolition in downtown areas.

Other proposed changes to Section 12-13-2 of the same ordinance have suggested that the Planning Board take charge of the review of demolition permits. Since the Board would like to review demolitions outside historical districts and overlays, the Planning Board has discussed and agreed that someone who is a historic preservationist should sit on the Board for demolition requests; the University of West Florida Historic Trust would provide such a preservationist as an advisor to the board when it is scheduled to review a demolition request. Language also included that the Board could call upon any branch of the city government at any time for information and advice.

The City’s Planning Board meets once a month on the second Tuesday of every month. At the request of the City Council, the board officially took over the issue of historic structures two meetings ago in August.

Although the moratorium was proposed and approved by City Council, it is typical for issues involving land development codes to be crafted by the Planning Board before moving to the City Council.

Moreover, the Planning Board hosts public workshops and meetings in which citizens can submit input on how to address the issue; each citizen is allowed up to five minutes of speaking at the podium and may make suggestions, which help advise the Planning Board on the best course of action versus an immediate knee-jerk reaction on the issue of demolition.

“If you feel strongly, come to the Planning Board meetings and voice your opinion,” said Paul Ritz, Chairman for the City’s Planning Board. “We’re only seven people, but we have the chance to hear ideas from other citizens to broaden our perspective. In democratic process not everyone gets what they want, but everyone has the option for input.”

So, what constitutes a historic structure? While the Planning Board is still working on defining the language for what categorizes a structure as “historic” and exempt from attempts to demolish it, many believe the term “historic” should not apply to a structure because of it’s age alone.

“Personally, I’m against saying just because a structure is x amount of years old, so it’s historic,” said Ritz. “Someone can build a dumpster enclosure and a 100 years from now it still stands. Is the dumpster site historic? I’d say no, it’s not. Age alone is not a good rationale.”

However, in the case of the John Sunday House, the structure not only met criteria for being over the 100-year marker, but was the home of one of America’s wealthiest African American businessmen of his time–John Sunday. This brings other factors into play when deciding on whether to keep a structure for preservation over removing it in demolition, since there are certain cultural values to consider, too.

There is also the question of why we need to demolish buildings in historic areas, when in fact vacant properties exist for development in the downtown and surrounding areas. According to local real estate agent and fellow Pensacolian John David Ellis, Jr., at least a quarter of MLS listings on the market are listings of vacant lots.

“The moratorium will not only give opportunity to reassess history and what we’re doing to preserve it, but I think it will help develop a lot of the vacant property that needs to be developed,” said John David Ellis, Jr., a local real estate agent. “There’s a lot on Alcaniz and Garden streets that’s been sitting vacant for roughly 50 years, and it used to be the site of the Seville Inn. Would you rather have a historic structure that generations to come will appreciate and understand, or have vacant lot?”

Ellis goes on to reference how Five Sisters Blues Cafe, which was renovated by Quint Studer, might credit the successful business in part to its historic location in Belmont-Devilliers neighborhood.

“I think part of the success Studer had with Five Sisters was not only the great food and beautiful renovations,” said Ellis. “I think people associated the building with the old record shop that used to be there. They associated it with good memories. These properties have a cultural value, which was proven to be an asset in the case of Five Sisters, and that tends to be overlooked by developers and real estate agents only concerned with property value.”

The latest discussion on the demolition of historic structures took place on October 11, 2016, when the board discussed the current demolition process and lack of review and implementation of preservation standards and requirements.

Although plans for demolition have been placed on hiatus, what lies in store for Downtown Pensacola’s historic structures remains unclear until the Planning Board reaches a decision–a process that can be helped along with input from Pensacola’s citizens.

However, this much is clear: while many agree that historic properties should not be destroyed at whim, the City will need more than the argument that a property is over century old to consider it for preservation. Before downtown development moves forward, the language of historic structures must first be defined by more than just age so demolition requests can be reviewed more efficiently.