Chris Staples has played his fair share of shows in Pensacola. He grew up in Fort Walton Beach and after founding the band Twothirtyeight in 1995, he moved to Pensacola with his fellow bandmates and recorded the group’s first album, Missing You Dearly, in 1999. They played all the usual spots—the Handlebar, the Daily Grind, Sluggos—the original downtown location and the westside spot.

In 2003, after garnering thousands of fans and playing shows across the country, Twothirtyeight disbanded and Staples went on to pursue a solo career, releasing several albums under the name Discover America. He also played as a backing musician for David Bazan, Father John Misty, and Telekinesis. 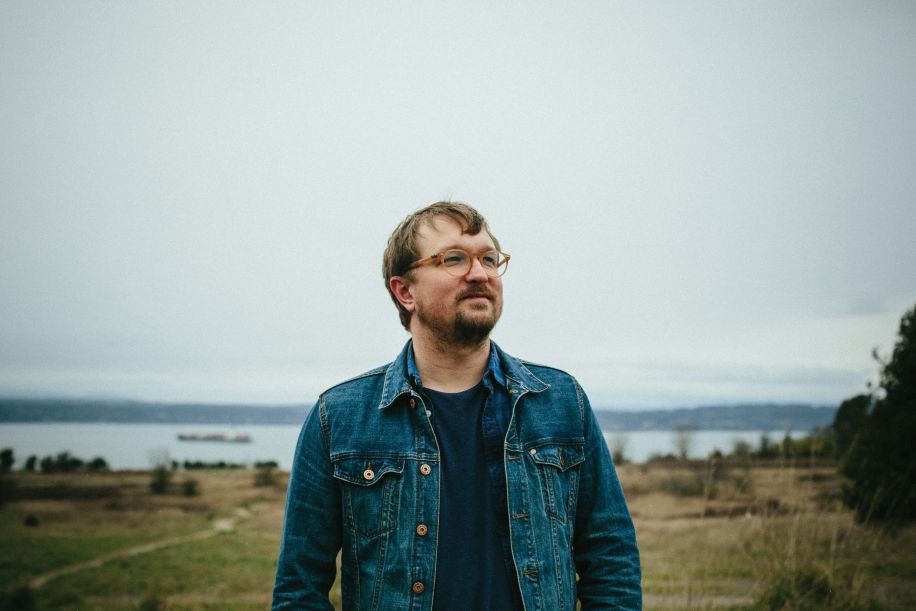 Staples has now been touring and recording for over 20 years. His last two albums, American Soft (2014) and Golden Age (2016) have both made NPR’s top 10 Albums of the Year.

This fall, he’s embarking on a tour of living rooms across the country and he’s managed to work in a show on his old stomping grounds.

“I always stop in Pensacola because it’s a special place for me,” Staples said. “I like to see how it’s changing, see old friends, and I have a tradition of going to the beach at night after my shows.”

In a special contributed essay, Staples recounts memories from the 11 years he lived in Pensacola.

My first vivid memory of Pensacola was a Sluggo’s show in 1996. This was at the original location, upstairs on Palafox. I came to see Weston, a pop-punk band from Pennsylvania. They were fast and super tight. The bass player was wearing a high school wrestling uniform. There were two guitars in the band, and I can remember being blown away by how the two guitars blended in the club, and how there was a real excitement and energy in the room.

I was from Fort Walton, and it was a great place to grow up. Mostly a beach town with a lot of  military families.  It was very conservative. The stuff of John Cougar Mellancamp songs. There were never enough people there to really support a music scene. Some bands would spring up here and there. Venues would open and close with regularity. A music scene was a dream of ours that never materialized. 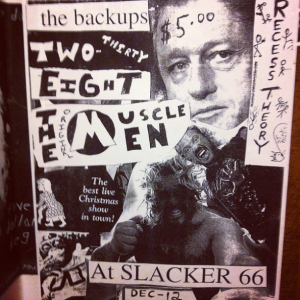 People in Fort Walton always talked about Pensacola with a sort of reverence back then. The main difference looking back is that there were people in Pensacola that were invested in fostering independent music. Of course I’m talking about Jimmy Lamar (Handlebar), Eric Jones (Revolver/East Hill CD) and Terry Johnson (Sluggo’s). I know there are new names and faces carrying that same torch in Pensacola these days. I moved to Seattle in 2005, so I’m less connected to what happens there these days.

I moved to Pensacola in 2000. I rented a house near the corner of North W and Cervantes with  Gio Lugo, Dan Lamb and Ben May. It was a dump but it was fun and cheap. We had a BB gun range in the backyard. We only had one neighbor, an 85-year-old deaf woman. We could play music all night long, and often we did. We had no internet, so I would ride my bike down to the library on Gregory Street to check my email. I booked entire tours from the computers at the Gregory Street Library. I built a vocal booth in the living room, and used the house as a sort of recording studio. I made recordings for friends’ bands, solo recordings and demos for Twothirtyeight.

I’ve considered not re-telling this memory, but it’s way too odd to not mention. After living in the W Street house for a year, someone, who I can’t recall, was visiting the house. They offhandedly mentioned that Oscar’s restaurant was where Ted Bundy was arrested. Oscar’s was a diner in West Pensacola on the same block as our house. I could see the parking lot from my bedroom window. Bundy was on the run from Tallahassee and presumably heading to the West Coast. He was pulled over at one in the morning on the night of February 12, 1978. He had a brake light out on his Volkswagen Beetle, and was pulled over by a Pensacola police officer. He was apprehended there and spent the rest of his life in prison. I often thought of that cop, and how he was doing a pretty routine traffic stop. He wound up apprehending one of the most wanted people in American history. He ended a years long manhunt. Sometimes you just do your job diligently and you get lucky.

Every Christmas Eve we would make a caroling band. Jason Becker, Kyle Staples (no relation), Jared Staples (no relation) and I would drive around and play Christmas songs to any crowd we could play to. One night we played to people coming out of Seville Quarter. We were in the street banging on drums and shaking tambourines and slurring the words to Christmas classics. Somehow without noticing, we spontaneously had a drifter in the band, who was quite inebriated. He was beating my brand new Latin Claves very hard. I still have them and they are dented where he was striking them on a fire hydrant. We all went to Waffle House later and this homeless gentleman pulled out his  birth certificate, and his name read “Les Wirth.” I wrote a song about him that went onto a Twothirtyeight record. I always thought that was the most damning name a person could ever have. Les Wirth. 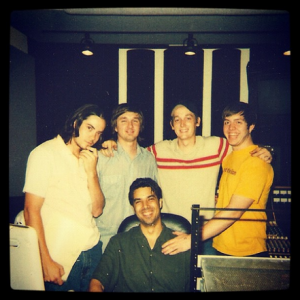 Twothirtyeight was at it’s peak then. We were touring a lot, but we also played a ton of local shows. We opened for Hot Water Music, The Get Up Kids and Further Seems Forever. That was a really fun time for us, and lots of people were going to shows back then.

One long, hot, slow summer I got interested in exploring haunted places. I found a website with all kinds of outlandish stories about haunted graveyards and creepy old mansions. One night a few of us went to a cemetery in the backwoods of Milton. Another night I went with my friend Jason Frazier to a supposedly haunted house in East Hill. It was a two story home, abandoned and covered in ivy. It was set back in the shadows under a canopy of oak trees. The front gate was locked so we jumped the fence. It was around midnight.

We walked toward the house and slowly reached the front step. I heard a woman’s voice say “What are you doing here?” and I almost died right then and there. I turned to my left to see the silhouette of a woman emerging from the shadows holding a shotgun at waist level, pointed straight at me.  She kept moving toward us until she was only a few feet away. She was a real person with a real shotgun.

Turns out she lived next door and recently bought the house to renovate it. She said people were snooping around the property all the time. She once found a couple having sex in one of the upstairs bedrooms. I supposed they had some sort of ghost fetish, though I’d never heard of such a thing. She made copies of our drivers licenses. We let her because, well, she had a shotgun. We promised never to return, and that ended my ghost hunting.

My last story is about Gio Lugo. He might not enjoy me re-telling this story but it was quite memorable for me. He got his first cell phone and was excited to use it. So, at two in the morning on a Thursday night he started calling taxi cabs, ordering pizzas, reporting power outages, and contacting various city utility agencies. He gave them the address across the street, which was a BP gas station. About 20 minutes the later the parking lot of this convenience store was all lit up with cars, service trucks, and pizza delivery cars. They were all getting out of their vehicles and talking to each other, scratching their heads. We had to shut all the lights off in the house to avoid drawing attention. I remember laughing uncontrollably for a solid hour.

I realize it’s a cruel thing to do to working folks, and I wouldn’t think that was funny now. We were stupid kids in our early 20’s. You get a pass for that type of behavior at that age and I look back fondly on it.