About 10 miles off the coast of Gulf Shores, Alabama, and roughly 60 feet under the water lay a glimpse into the past the world has never seen before. Spreading roughly a half a square mile is an ancient cypress forest, which was buried under the silt and sand of the Gulf for over 60,000 years until Hurricane Ivan uncovered most of it.

“When I got scuba certified, the scuba shop owner kept teasing me about this ‘underwater forest.’ After a couple years he took me out there, and it was just amazing,” said Ben Raines, a senior environmental reporter at AL.com and the director of the new documentary, The Underwater Forest. Since the documentary’s release, organizations like the Washington Post, BBC and Smithsonian have been giving the area due attention. 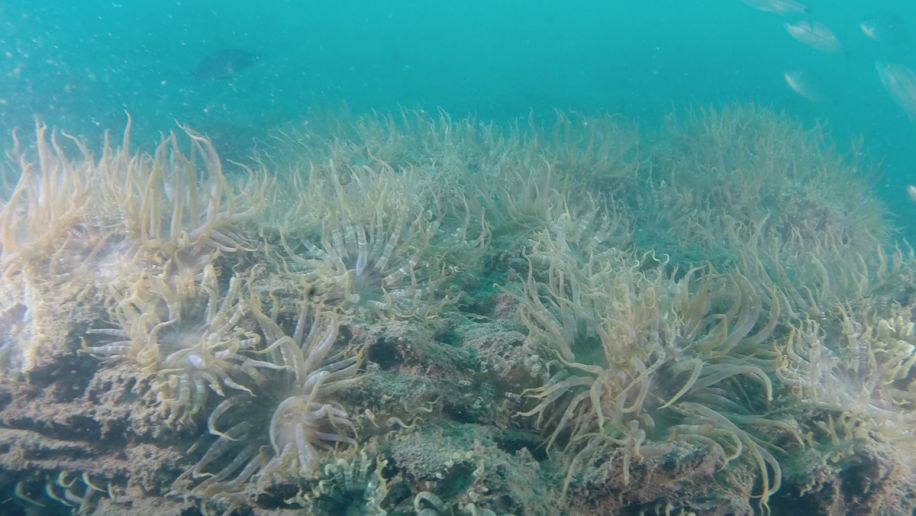 The scale and age of the underwater forest is the only example like it seen on Earth so far. There are a few trees dating back around 1000 years located off the coast of England, but in that time frame the climate was fairly similar to today’s. The forest of the Alabama coast was alive during the height of the last Ice Age, and the North American climate was quite different.

“This was not a traditional southern forest – you could see grasses and trees in the soil samples that would be much more similar to a modern forest in one of the Carolinas,” said Raines. These forests, specifically called the Atlantic Coastal Plain Blackwater Levee/Bar Forest, have grown to survive in much colder environments – like ones that would have been present in south Alabama during the Ice Age.

The lack of oxygen and being buried in up to ten feet of mud and sand preserved the forest – samples have been taken that still bleed sap, and the stumps and fallen logs show how the forest was -laid out.

In addition to the archeological significance it provides, the underwater forest has created something of a natural reef. Since most of the Gulf’s seabed is flat and fairly shallow, sessile creatures like coral, oysters, barnacles and anemone have very little to latch onto. The amount of objects and debris in the forest allow countless anchor points for these creatures, which in turn brings other wildlife like sharks, snapper, sponges and sea turtles.

“Everything about the site was surprising,” said Raines. “The whole place has this fairy-like feel, and was kind of spooky. The most surprising thing was when I found the old river that had been submerged. We saw this rift valley with overhangs and trees on one side, and you could follow it up until its source.” 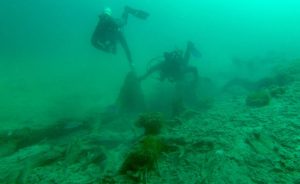 The forest was mostly cypress, alder and oak, but it hadn’t always been that way throughout its life cycle. Kristine DeLong, a paleoclimatologist at Louisiana State University, used an instrument called a vibracore to take a core sample of the sand and mud around the tree remnants. These vibracore instruments are often used in extracting glacial cores, where most geographic information of the Ice Age has been found.

“In the top of the peat section (of the core), the pollen is mostly grass. There is sedge pollen, and a variety of other grasses. It is heavily dominated by grasses. That’s the main story,” said Andy Reese, a pollinologist at the University of Southern Mississippi. “But as you go back in time, it sort of transitions. Grass starts to decline and then cypress pollen starts to pop up. Then alder starts to pop up. You go from grasses dominating to trees dominating.”

Raines suggests that this transition of forest types shows the impact of rising sea levels on coastal communities, which is an all-too-present concern in the Gulf Coast area. “At the worst estimates, it’s expected that our modern sea levels will rise about six feet every 100 years, and some people doubt that. Well, the sea levels back then rose eight feet every 100 years,” he said.

With all this wealth of potential information and research, Raines stresses that the underwater forest needs to be preserved. Raines and many scientists he worked with on the project are currently in the process of making the underwater forest a marine sanctuary, which would protect it from exploitation. Under this designation, it would stay open to tourists, fisherman and research groups, but would protect the area from aquatic logging, peat harvesting and other disruptive activities. 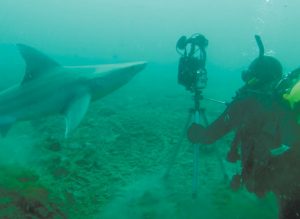 Raines says the best way to preserve the area is to build public support and knowledge of the underwater forest, which will help make it a place to learn from and enjoy. “This could easily become one of the premiere diving destinations in the country, if not the world. We want it to be open to activity and education and research, but we don’t want anyone to take the wood,” he said.

To learn more about the forest, visit theunderwaterforest.com or bit.ly/2u8RGBp to watch Ben Raines’ The Underwater Forest documentary in its entirety.