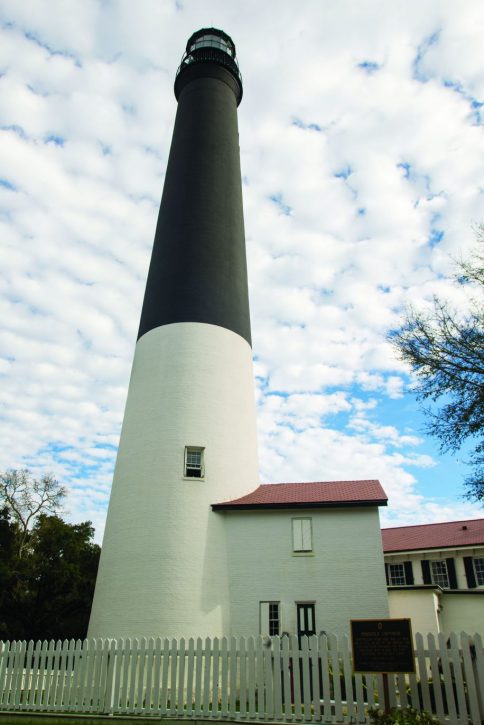 On a foggy day, mist rolls into Pensacola from the Pensacola Bay, obscuring the roads and making Three Mile Bridge a little spooky to cross, especially on those days when you can’t see the water below. For the many ships coming in and out of the Bay, the fog is even more dangerous. It hides other ships, rocks and beaches that would on any other day be easily avoided, and can make the narrow Pensacola Pass into the Bay treacherous. However, for the past 160 years, there has been a constant light to help guide ships even through the worst storms. The Pensacola Lighthouse has stood at its perch into the Pass since Jan. 1, 1859. The second iteration of a lighthouse for the Pass, it has weathered hurricanes, demolition attempts and possible hauntings while remaining the brightest light on the Gulf shores. 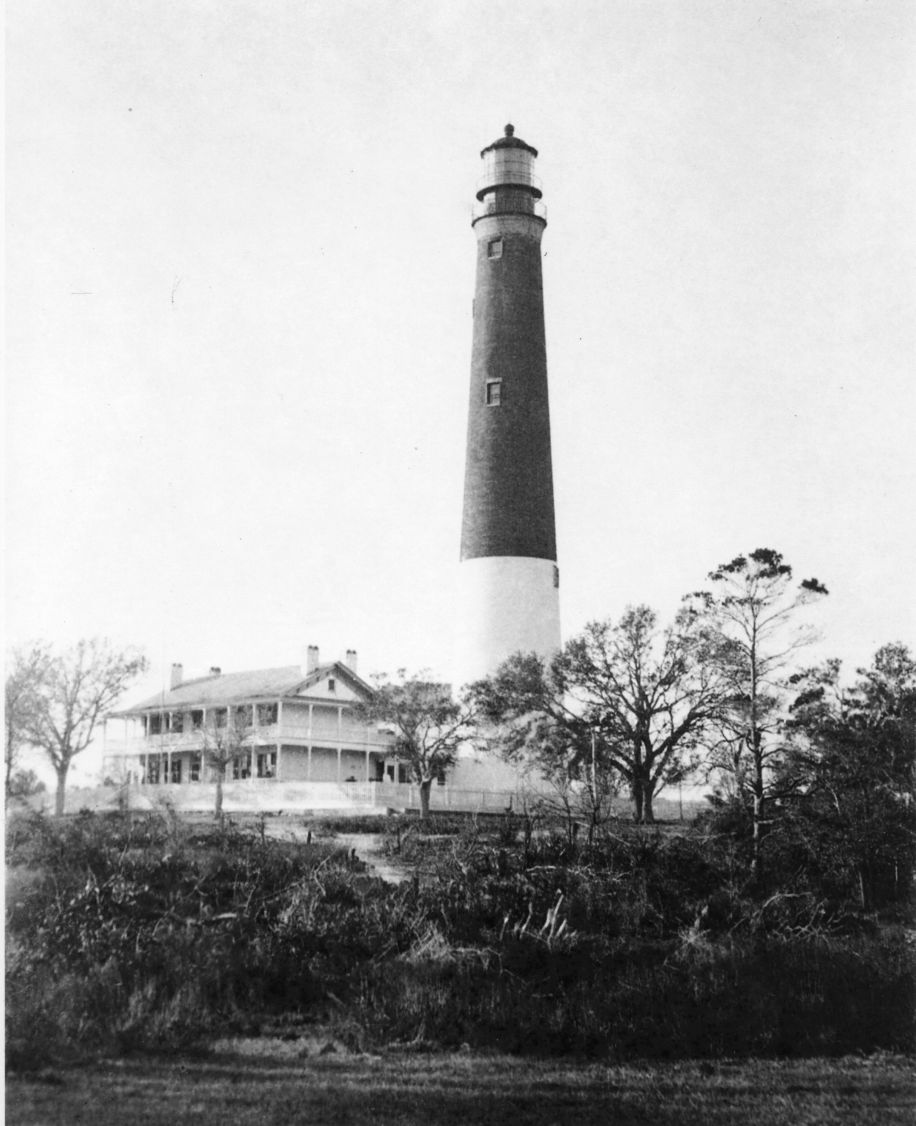 The 171-foot tall lighthouse was built in response to complaints that the first Pensacola lighthouse was insufficient in guiding ships. Located about a quarter mile from the site of the current lighthouse, the original lighthouse was built by Winslow Lewis, the premier lighthouse contractor of Florida at the time, but stood only 45 feet tall and was soon overgrown by trees along the shore. As the first lighthouse in Florida, it was a good first step to what would become the tallest lighthouse on the Gulf Coast and one of the oldest in the state. In addition to building the lighthouse taller, the site was moved due to the shifting of the Pass, which was stabilized to make sure the lighthouse would always be located at the Pass’s mouth. 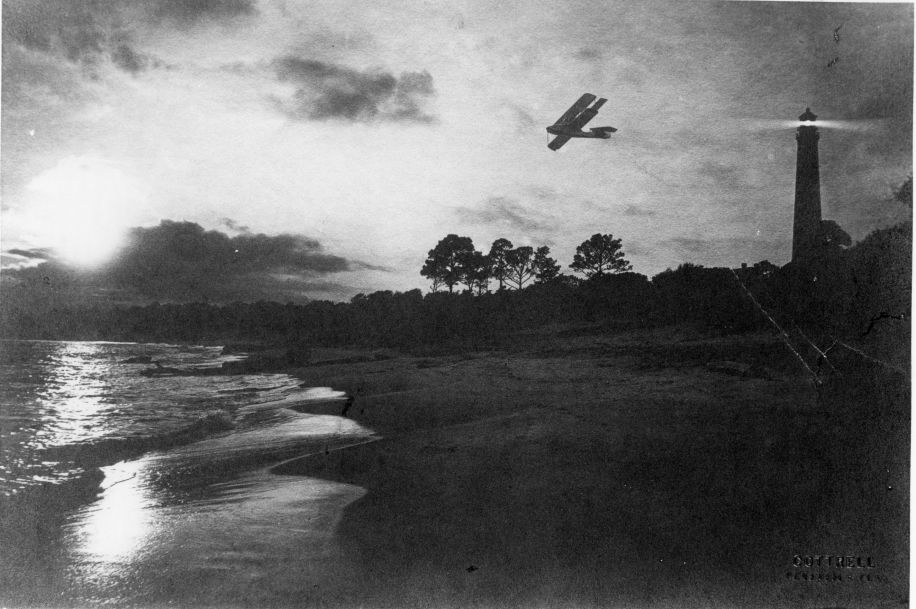 The lighthouse would be continuously lit for the next 160 years, but it wouldn’t be open to the public until the formation of the Pensacola Lighthouse and Museum, a nonprofit formed in 2009 that worked to restore the derelict structure. After four years and millions of dollars, the restoration was announced completed at a celebration of the lighthouse’s 160th anniversary Jan. 11.

Executive Director of the Pensacola Lighthouse and Museum Jon Hill attended the event to announce and celebrate the end of the restoration.

“We are excited to see the end of this large, historic restoration effort,” he said at the ceremony. “All work was completed without the benefit of federal dollars. It was completed entirely through earned income, donations and grants from organizations such as Pensacola Bay Area Impact 100, Florida Lighthouse Association and Florida Department of Historic Resources.” 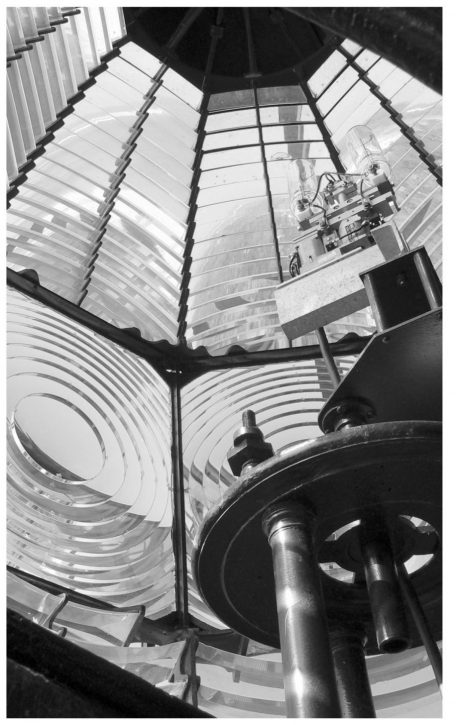 The entire project included restoring the lighthouse from top to bottom. First was the installation of a new porch, then outside of the tower, which was cracked and needed the old paint stripped off, was repaired. The cracks on the outside of the tower were mirrored on the inside and had to be fixed as well. Along with repairing the brick of the tower, 110 of the 170 steps inside the tower leading up to the lantern room had to be replaced and the entire staircase was reinforced to make it steady and safer. The entire lantern room was cleaned, restored, with added safety measures to ensure children were safe at the top of the tower, and finally, the lens was restored, completing the project.

The significance of the lighthouse lies not only with its age, but also its purpose. Still serving as a beacon today, it once acted as a central hub of maritime navigation, as all lighthouses did.

“You have to think about how these ships were like the space shuttles or the airplanes of their time,” Hill said. “They were the most technologically advanced things we had as humans, and they (the lighthouses) were like the air traffic control centers.”

Although the lighthouse acts more as a museum nowadays, the light can still be used to guide ships through inclement weather or when their navigation systems fail. 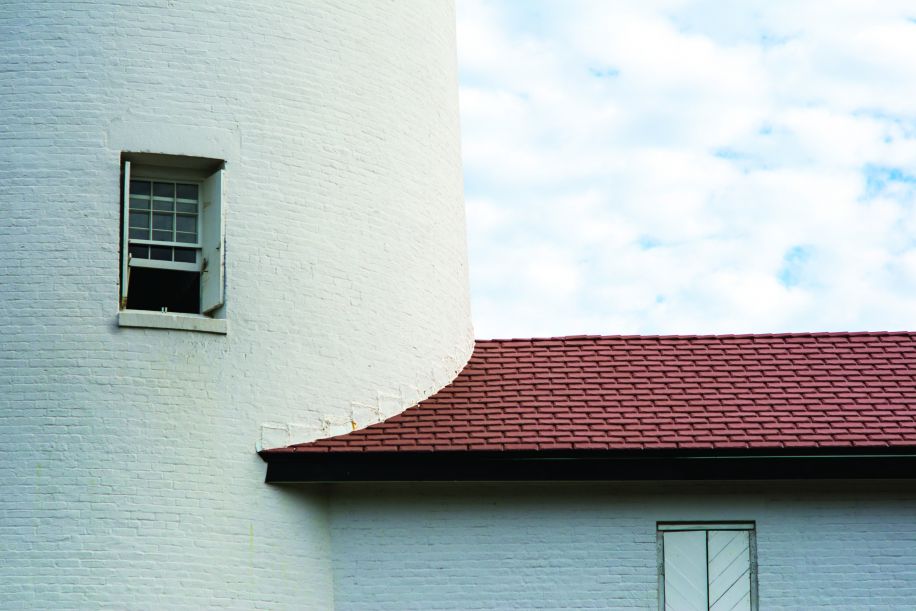 “Of course you have GPS and things like that, but batteries go out, stormy weather happens, so people still use it to guide their way home,” Hill said.

The beacon rotates every 20 seconds and is the brightest light on the shore. This is due to the refraction of light in the glass of the lens. The glass was made from special sand from France that has been used up completely, meaning we are unable to make a light as bright as the lighthouse’s beacon. Upkeep of the lens is extremely important to keep the light shining, with members of the U.S. Coast Guard coming in to take care of the lens and the lighting apparatus.

While the Coast Guard currently cares for the light, it was once in the care of lighthouse keepers from the U.S. Lighthouse Service, which in 1939 merged with two other government entities to form what we know today as the Coast Guard. The keepers took care of the lighthouse until its last civilian keeper James M. Hatton, but tales from the various keepers suggest that there was something more going on at the Pensacola Lighthouse. 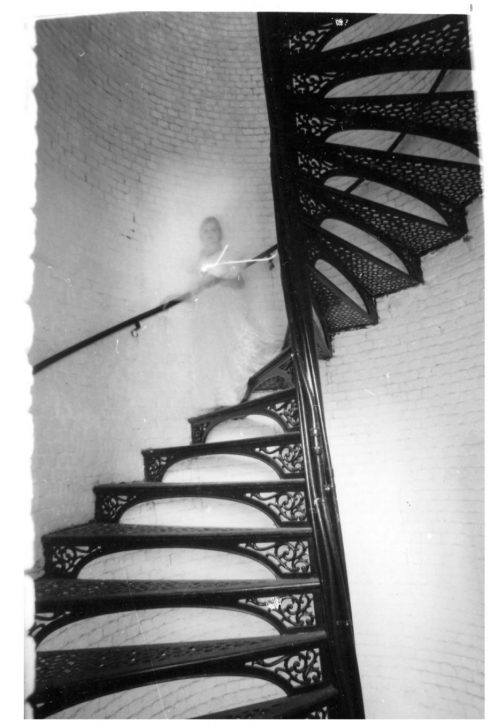 Hatton’s own son Emmitt Hatton claimed to have heard footsteps in the keeper’s quarters and upon investigating saw the front gate open by itself. Strange incidents similar to Emmitt’s have piled up over the years and the lighthouse now has ghost hunts throughout the year, looking for clues of paranormal activity. Soon after the formation of the Pensacola Lighthouse and Museum, the lighthouse was featured on an episode of the popular SyFy show Ghost Hunters in 2009. So, is it really haunted? Well, if you ask some residents of Pensacola, they might tell you the entire city is haunted, but we’ll leave that question for your interpretation.

Emmitt Hatton played a more instrumental part of the lighthouse’s history beyond hearing disembodied footsteps along the halls. In the 1990s, all of the buildings around the lighthouse were schedule to be demolished. Emmitt heard about this and contacted an old Admiral friend of his, who stopped the bulldozer, but not before it had destroyed the washhouse. The other buildings were saved, including the keeper’s quarters and carriage house, which serves today as the gift shop. 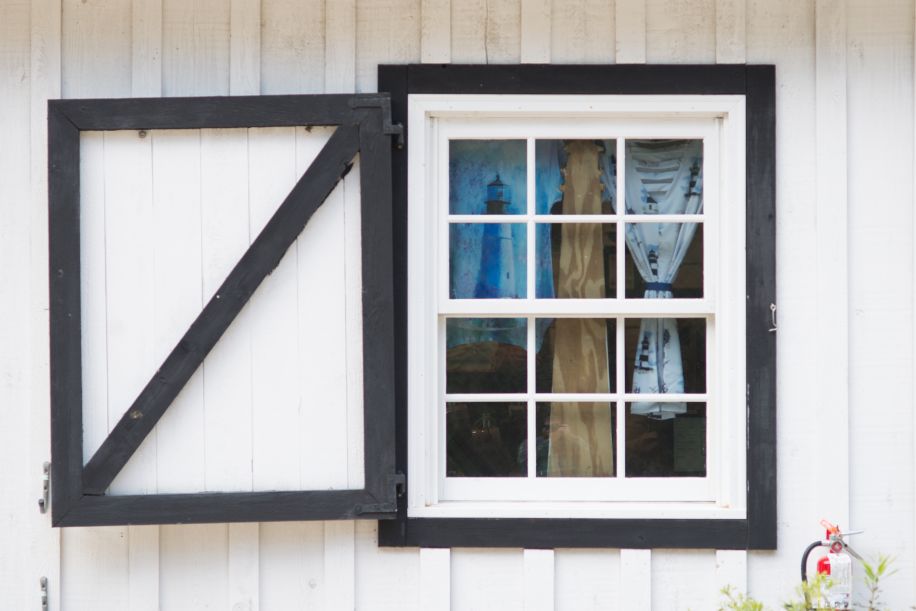 Even with the restoration of the lighthouse completed, Hill said they aren’t finished with their work. Part of a new project would see the demolished washhouse rebuilt as a classroom for education for children on history, preservation, conservation and early learning skills and also to serve as a place for those unable to climb the tower can see the view from the lantern room. Hill hopes they can install virtual reality goggles that will allow people to see from the tower’s top without having to climb all 170 stairs. 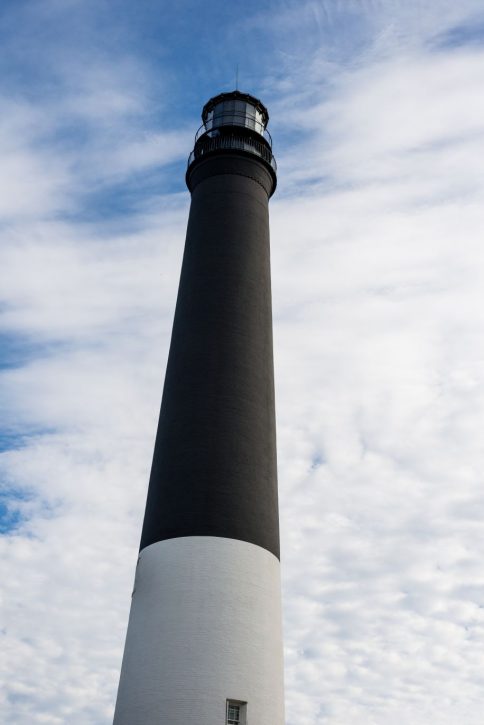 As more and more people begin to recognize the significance of Pensacola’s only lighthouse, whether from its historical or paranormal importance, it has grown into an icon of the city, a place you have to go see at least once while you’re in the city.

“We have people who’ve lived in Pensacola for seventy years, all their life, and never been here,” Hill said. “But we’re getting to the point where people are recognizing that this is part of their history and heritage. It is a unique building and it has unique compositions of people, time and motions to lighthouses that are different from other buildings.”

The lighthouse is open to the public 9 am to 5 pm daily, with special events including ghost hunts and Blue Angel practice viewings year-round. For more information or for ticket prices, visit pensacolalighthouse.org.