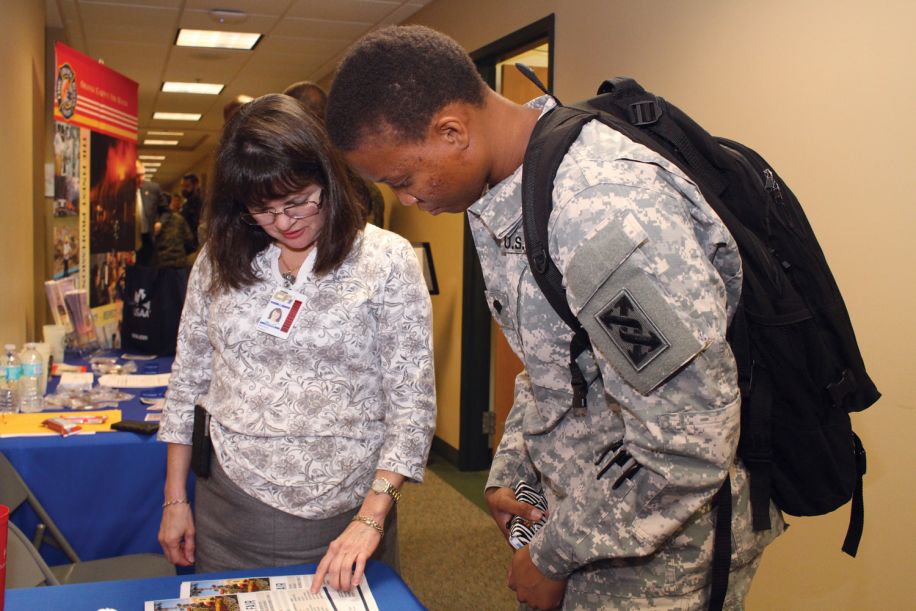 What’s a Venture Hive? It isn’t a home for adventurous bees, if that’s the image your mind was conjuring up. Rather, Venture Hive is an organization working to educate and cultivate entrepreneurs by offering effective turnkey models, which allows for the creation of an entrepreneurial ecosystem based on tried and true educational principles.

In 2013, serial entrepreneur Susan Amat founded Venture Hive in Miami, Fla.  On the large scale, it offers both accelerator and incubator programs that focus on connectivity and guidance for entrepreneurs and startups to maximize regional economic development impact. Since its launch, Venture Hive has created partnerships with major corporations like Microsoft, and sponsors like the Small Business Association.

One of Venture Hive’s more recent partnerships was with the City of Fort Walton Beach in order to create a home for the veteran entrepreneurship movement with the start of its customized accelerator and pre-accelerator for veteran-owned businesses and/or startups. The goal is to connect these vets with resources and support necessary to scale their businesses.

Unlike other veteran entrepreneurship programs, Venture Hive aims to help build large scale and global market companies, which can take advantage of the innovative research already being conducted in the Fort Walton Beach area.

In fact, the USAA and US Chamber of Commerce named the City of Fort Walton Beach one of the top ten cities for veteran startups in November 2015.

So, what’s the City of Fort Walton’s secret? The answer: a combination of efforts by Venture Hive Fort Walton Beach and director of the Veterans Program Bob Foster—a Gulf Coast native, who began his experience in information technology as an IBM field engineer in Pensacola.

“I look forward to supporting the Fort Walton Beach community and our veterans,” said Foster. “The methodologies and systems used by the Venture Hive team are the best-in-class that I have seen in my decades of entrepreneurial experience.”

Foster’s 17-year career with IBM included positions in engineering, sales, product development, education and evaluation, as well as executive management and corporate strategy, giving him a well-rounded understanding of the business arena. He returned to the Emerald Coast from Austin, where he managed an IBM Development Laboratory Team before moving into the entrepreneurial world.

Following his exit from IBM, he went on to found, fund, help launch and mentor numerous central Texas startups, including a number that were led by veterans. As an honorably discharged veteran of the Army Reserves himself, Foster is also a member of the Navy League of the United States, InfraGard, and the Information Systems Security Association, all of which have lent Foster a unique perspective from which to guide veterans.

Today, Foster’s role as director of Venture Hive’s Veterans Program includes anything and everything from introducing program participants to possible investors to helping them approach lawyers for product patents, as well as helping them understand the basics of starting a business by dedicating one hour per week to each company he mentors.

The Venture Hive Veterans Program offers both a pre-accelerator and accelerator classes.

What is the Venture Hive accelerator? An intensive 12-week structured program that provides access to a dedicated group of business coaches (like Foster), as well as highly customized training and a relevant network, all to drive the economic growth of the region.

The accelerator program is geared toward businesses that are beyond early development and possess a minimum viable product, business model, and revenue stream. To be eligible for this program, at least one of the primary founders of the business must be a veteran, excluding military spouses. Participants should be prepared to spend over 40 hours a week working on the accelerator program.

On the other hand, the pre-accelerator program is meant to aid new idea and pre-revenue businesses being launched by veterans and/or military spouses in Northwest Florida. In other words, the program is open to either a veteran- or military spouse-owned business still in the early stages, preferably those focusing on innovative web, mobile, or technology product solutions to address a clear market need.  The company should have a rough business model, but may still be validating customers, building a product, putting together a team, and refining revenue streams.

Over the course of the 12-week pre-accelerator program, participants should be willing to devote over 25 hours a week, including 10 hours on-site at the Venture Hive facility and 15 to 20 hours on their own. The pre-accelerator includes a curriculum of practical workshops and training sessions, mentoring from a network of local, national and international entrepreneurs and experts, as well as exposure to qualified investors.

While the prospective company can be at the idea stage, you must be able to have a minimum viable product completed by the end of the program. Also, preference for selection into the program will be given to businesses with two to four founders possessing complementary business and technical skills. Additional preference is given to those who apply if they own some form of intellectual property, including patents and trademarks.

Beyond the 12 weeks of program involvement, participants in the pre-accelerator receive access to a collaborative working space in Fort Walton for six months, and those in the accelerator have access for a year.

Also, during the first week, participants should expect to learn about competitive analysis, creating elevator pitches using PowerPoint presentations, and pitching to investors. Participants should be prepared for developing lien business models, defining a team, drafting a rough version of a full pitch, and compiling a set of milestones they hope to reach with the company (i.e., fiscal goals, how many employees the company will hire, and what quantity of product will be ready by a specific date), as well as defining the problem of opportunity, and doing due diligence on their market to see if people will want to buy the product.

The accelerator is free to selected businesses, thanks to the City of Fort Walton’s allocation of $500,000 to the Veterans Program initiative. The City has also agreed to provide renovated space to house the Venture Hive Fort Walton Beach accelerator.

Likewise, the pre-accelerator class is free to selected businesses because Gulf Power and other partners are sponsoring the operational costs for the program.

So, how does Foster and Venture Hive Fort Walton Beach help veteran participants get investors? It starts with finding an investor, such as a lawyer or another business owner.

“You have to give up a slice of your pie to feed the economic development beast,” said Foster. “Make it grow bigger, so everyone wins. It’s about getting people accustomed to investing in something that is sometimes just behind the screen—a theory, or idea, that’s not fully realized yet. But, when people start giving away a slice to invest, it grows the community.”

Essentially, Foster convinces an investor to bet an initial amount on the veteran entrepreneur. By the end of the program, if the investor is not impressed, then both parties can shake hands and part ways amiably, so no one owes each other.

But, should the investor find the entrepreneur’s cause worthy of funding, then they will invest an additional amount with the anticipation of a generous pay out.

For instance, let’s say an investor bet an initial amount of  $10,000 on the veteran’s startup, and contributed an additional $10,000 after deciding the venture was worth the bet. At the end of the investment, the investor can expect a return of 150 percent of what is owed by the veteran. Moreover, the investor can be offered deals on purchasing stock in the veteran’s company, such as the right to buy 1,000 shares in the company at the cost of a nickel each.

If you’re feeling iffy on the investment aspect, you should know that graduates of the Venture Hive Veterans Program are already achieving success in their enterprises.

One example is event coordinator and High Caliber Lady CEO Heather Burleson, who participated in last year’s accelerator program under Foster’s guidance. She came to the accelerator with an idea in mind for High Caliber Lady—a company concept for building a place to train women under non-lethal personal protection techniques, as well as with tools like stun guns and pepper spray. The company also proposed to offer accessories like concealable weapon holsters.

In April 2016, High Caliber Lady raised $4,500 in its High Caliber Fashion Show for women interested in learning more about firearms, and featured a runway style fashion show highlighting pistol concealment holsters and garments. The money raised by the show was used to help a local disabled military family.

What’s more, High Caliber Lady has followed its fashion show with a series of classes focusing on fundamental pistol safety and ongoing skill-based training that began at the Fort Walton Beach Venture Hive classroom in mid-May.

Venture Hive’s existing programs in Miami have already shown a $7.3 million economic impact in less than two years of operation. If this trend continues, Venture Hive’s parternship with Fort Walton Beach is expected to bring a similar, if not higher, impact to the city and to Northwest Florida, ultimately leading to the creation of higher business growth and job opportunities through creating successful entrepreneurs.

Follow the Venture Hive buzz on their social media, or read more on the Veterans Program at veterans.venturehive.com.