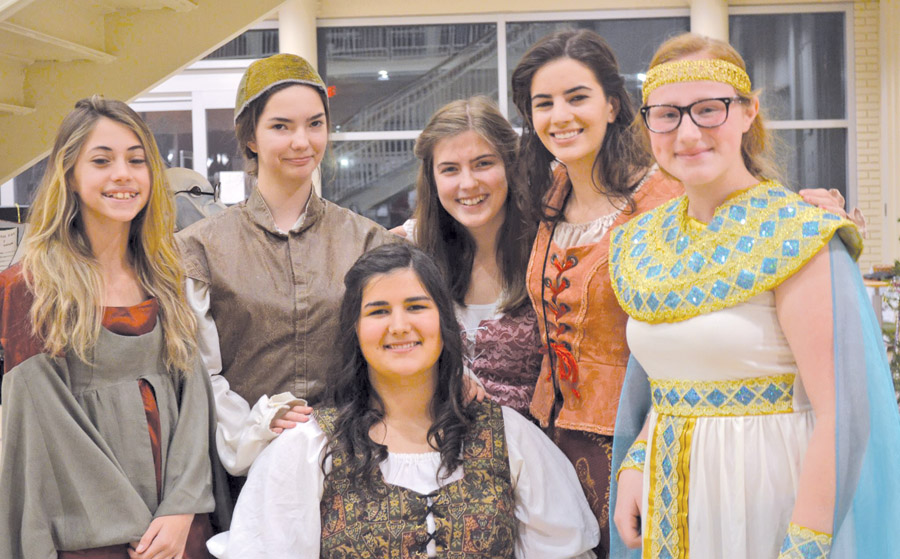 And all the men and women merely players, like the performers at The Southeastern Teen Shakespeare Company (SetsCo). SetsCo is the first Shakespearean contemporary teen acting company in the Gulf Coast area. Downtown Crowd  spoke with director Michelle Hancock about the company, which started in 2005 as an advanced acting class. Katie McHugh began with the production of Much Ado About Nothing and when deciding the next year’s production, the students  unanimously wanted to perform another Shakespearean play. That is when McHugh and the students decided to form the company and dedicate it to the works of Shakespeare. Hancock took over as director of SetsCo in 2009 after McHugh moved to New York.

What do you look for when seeking members and casting the plays?
We look for kids who are passionate about language. Not everyone has a burning desire to be either an actor or actress, but all the kids we work with have a passion for language.

How do you scout for actors/actresses?
We use a lot of social media and a lot of word of mouth. We have always had quite a few home-school students involved. We find that students get the most excited and want to join when they see one of our productions. They look at that and say, “wow I want to do that and be a part of that.”

Why only teen actors/actresses?
I like to get kids involved before high school. It’s teens, so anywhere from age 13 to 17. When you’re in middle school you’re still adventurous, you don’t have the social stigmas attached to you yet. You have not become so afraid to try new things. Also, you haven’t sat in a desk in a classroom and read Shakespeare yet. So, you haven’t had the frustrating experience of “I don’t understand it. My teachers don’t understand it.”

Do you only produce Shakespearean plays, or any Elizabethan play?
We pretty much stick to Shakespeare. The kids get involved because they want to do Shakespeare, so when we talk about what to do next, the kids get to decide. They have a huge voice in what they get to produce.

How are performers trained in speaking the language of Shakespeare?
I cut the scripts because they are too long. I do expect them to learn Shakespeare’s words word-for-word, the ones that are left. The only time we add in any words are when we need to ad-lib like when someone is walking off stage and someone else is walking on stage. Sometimes it can look a little weird if someone is just announcing that they can hear someone coming but no one is speaking. We make sure that the kids understand every word that they are saying so that they can make sense of it. If they can’t make sense of it, the audience isn’t going to understand it. The actors have to make sense of it first so that they can speak it clearly enough that the idea comes through for the audience.

What is the average size of cast that you need to perform a play?
Sixteen to 25 cast members. We have great access to the parents that want to help with costumes and building sets and building props.

SetsCo will be performing two plays in April. Titus Andronicus will be a staged reading that will be performed for the first four Saturdays in April at Sluggo’s at 7 pm. Each reading is $10 and the series tickets are $25. This production will be played by the adult actors in SetsCo.

For more information, or to purchase tickets to a production, visit setsco.org.