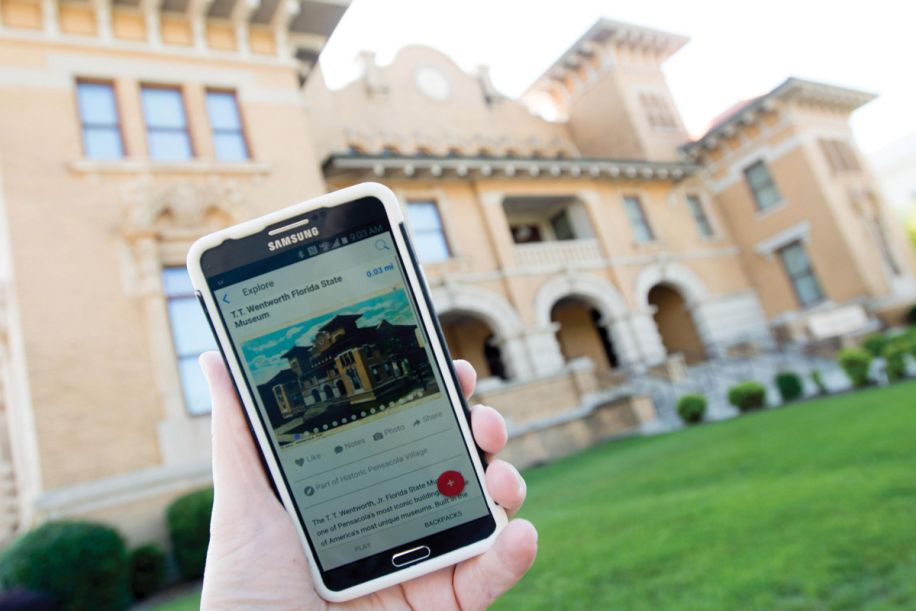 Plaza de Luna: Arguably the place to go in Downtown for all the hottest Pokemon, Plaza de Luna is bursting at the sidewalks with kids and adults alike taking advantage of lures, Pokestops and a Gym. Not to mention, the cool breezes and lengthy roads make it the perfect location to incubate eggs, and you may even find a Gyarados and Slowbro while you’re at it.

Seville Square: The perfect 2 km walk from Plaza de Luna, Seville Square is always packed with people thanks to the nearby brewery and historic landmarks, and that population has only grown thanks to all the Pokemon goodies that can be found nearby.

Bayview Park: Let your furry friends out for some exercise at the dog park while you take advantage of the five Pokestops just waiting to be pillaged. You won’t find a ton of rare Pokemon, but there are a few common ones if you care to put the effort in.

Palafox and Garden: Venture near Vinyl and you’ll find Pokestops galore, a Gym, and even Pikachu himself.

McGuire’s: There are two gyms near the McGuire’s area of Gregory, so order an Irish Wake and park your trainer for hours of fighting fun.

Pokemon Go may be all the rage, but there’s another GPS-based app that has been around awhile whose purpose is to promote togetherness, discovery and culture. The Next Exit History app is the brainchild of University of West Florida history department faculty, envisioned as a handheld mode of leveraging heritage resources to drive people to communities and engage with the cultural landscape.

It works like this: you explore your town with the app open, and it shows you a map of nearby historic sites. You can pull up information and history on the location and interact like a game, winning relevant coupons and deals.

Since 2008, the app has undergone huge aesthethic changes and grown from Pensacola-based landmarks to states as far away as Oregon and countries as far away as Italy. The founders of the app are still on board as part of a new company, Three21.

“It’s no longer a university project, but they still support us greatly and we are still heavily connected to them,” said Tim Roberts, partner and project manager. “We are now a commercial endeavor. We have added employees to our team and are looking to add even more content to the database.”

The team at Three21 works with cities big and small across the country and around the world to integrate their cultural landmarks into the geographically ubiquitous app. They also team up with the National Park Service and the Smithsonian to pack as much education into the app as possible.

In Pensacola, the team works consistently with entities like the UWF Historic Trust to not only spread awareness about Downtown sites, but also oft-neglected areas of town which were predominantly African-American.

“It has made people aware of other historical aspects of the landscape,” said Roberts. “Many people don’t realize all their city—whether that’s Pensacola, Fla. or Eugene, Ore.—has to offer that’s removed from the traditionally designated ‘historic’ areas.”