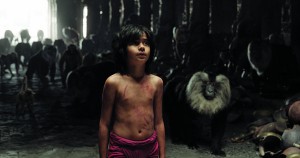 What I got from the preview: You know the story: an orphan boy is raised in the wild with the help of a pack of wolves, a bare-necessities bear, and a black panther. As he learns to become a man and survive the elements, he is thrown into the conflicts and politics of inter-species jungle life. With beautiful CGI and spot-on voice casting, this trailer promises a ride of a film as fun and wild for today’s audiences as the original Disney animated classic was for those in the 60s.

Most notable for: Director Jon Favreau has had an interesting career, producing movies like Elf and Iron Man and starring in pictures such as Chef and Swingers. With this film, I think Favreau will finally cement himself as the steady, assured captain of big-budget studio pictures we’ve always known he could be.

Unqualified critical observation: I’m excited. And while I usually bemoan CGI-heaving experiences, something about this trailer subtlety pledges a sweetly understated quality that focuses more on character and friendship than on spectacle. That being said, when the preview does pull out all the stops, the sweeping vistas and creature animation are gorgeous. 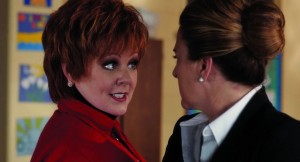 What I got from the preview: A wise-cracking, less homey version of Martha Stewart goes to jail for inside trading. But if you’re thinking this is a fish-out-of-water story like Get Hard, you’d be…slightly correct. After her release, she sets out to rebrand herself as America’s sweetheart, shacks up with Bell’s character and uses her business acumen to help sell Girl Scout cookies? I’m as lost as you are. I assume the comedy comes from McCarthy’s usual bull-in-a-china-shop routine.

Most notable for: Within a decade McCarthy has reinvented herself from bit player on Gilmore Girls to comedic powerhouse. Some of her movies (Bridesmaids, Spy) are better than others (The Heat, Tammy), but here she at least dons a new aesthetic, even if she is predictably playing off Bell’s straight-laced character.

Unqualified critical observation: I don’t think McCarthy is very funny. If the feminist blogs want to attack me for that, so be it. In small doses, she’s great. As the center of attention, she grates the nerves. I hope this movie’s impressive cast of character actors plays off of her well, but I’m not holding my breath. 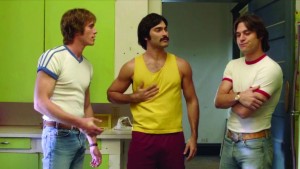 What I got from the preview: The Knack’s My Sharona pumps through the speakers as cut-off shorts and baseball tees assail my eyes. Underage drinking, talks of hooking up and skinny-dipping dot the rest of the preview for this movie about growing up in the 80s. There is not a plot in the tradition sense, but rather a series of character interactions, parties and romantic missteps.

Most notable for: If you’re thinking to yourself that this sounds a lot like Dazed and Confused, you’d be right. Richard Linklater (Boyhood, Before Sunrise, School of Rock) is back as the paramount director of Americana in this spiritual sequel that examines life in the 80s through a fun but deceptively deep lens with a cast full of relative newcomers.

Unqualified critical observation: Almost my pick of the month, Everybody Wants Some shares its name with the song that is equally care-free and creates a sense of nostalgia not just for the late 20th century, but for maturing, discovering yourself and making a whole host of mistakes along the way–all to the unheard melodies of great music.

What I got from the preview: In the sequel no one wanted to the alternative fairy tale no one asked for (Snow White and the Huntsman), some magic stuff happens and CGI battles are waged. The story was very hard to follow in this preview, but it goes something like: Ravenna was defeated in the first movie, but now she’s back with an evil sister. The two plot to once again take over a magical land, but the Huntsman and his forbidden lover Sara set out to stop them…again.

Most notable for: Are these movies based on books? That’s the only justification I can think of for their continuance. This series’ quick devolution is almost as sad to watch as The Chronicles of Narnia a decade or so ago. 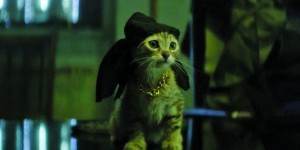 What I got from the preview: In a send-up of John Wick, two friends adopt a kitten that is promptly stolen by a street gang. Because there’s literally nothing else they can do, they pose as drug dealers and infiltrate the criminal organization in hopes of stealing back their beloved pet. Just in case you were wondering if you should laugh at that plot description, yes, this is a comedy.

Most notable for: MadTV and Key & Peele vets, Key and Peele bring their comedic chops to the big screen in a spoof that looks genuinely hilarious without relying on cheap Scary Movie-style satire tropes of exaggeration and jokes that exist outside the plot.

Unqualified critical observation: This movie could go one of two ways, and I’m hoping for the good outcome. An adorable cat, countless cameos, sight gags and puns are usually good signs of a great comedy. While this may not rake in Huntsman-level dollars at the box office, my friends and I will have a great easygoing time.