Lupe Fiasco once said in the song Kick, Push, that when it’s just a kid and their skateboard, ‘the freedom was better than breathing.’ That is the same feeling that Waterboyz hopes to instill in potential skaters with their upcoming Waterboyz Art Show on May 27.

The art show, which has been running for six years, is a benefit to support the First Ride organization. Started by Waterboyz owner Sean Fell, First Ride provides resources for surfing, skating and skimboarding to underprivileged kids.

“Skating is a sport you can do by yourself, and the kids here have a good environment to support that,” said Sean Mullins, the manager of Waterboyz. “This event also helps raise awareness about skateboarding and what it can do for the kids.” 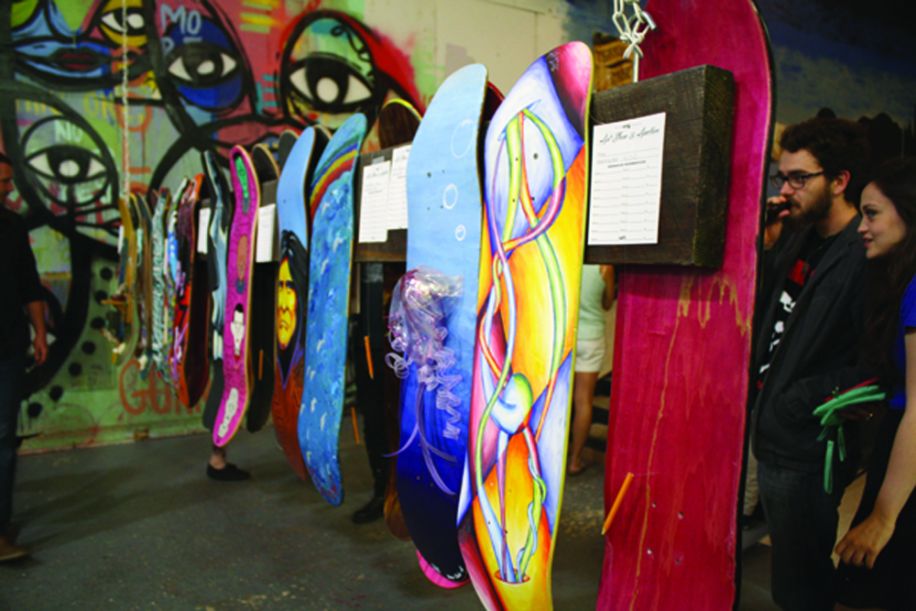 The art show is a silent auction with a unique twist – all the art is done on blank skateboard decks.

“The decks are defective – some you can’t even put trucks on. Most people just hang these ones up,” said Mullins. The only restriction to the art is that it has to be done on the board. While most people paint one side, some paint multiple sides or stretch an image across multiple decks. “Some people even cut up the board – they can do anything with it,” he said.

The event is open to all skill levels, but notable local artists such as Ashton Howard and Evan Levin will also participate. Hula Moon Tattoo owner Gabe Smith will not only be submitting a deck to the show, but will be doing a live painting throughout the event.

“Walter Anderson – who is a great artist – said that the artist needs the community, but they have to give back,” said Smith. The Hula Moon shop is currently full of blank decks, waiting for them to be painted by the various tattoo artists to be submitted to the show.

During the auction, every deck will have a starting bid of $40 and can increase throughout the night. When the auction is finished, half of the proceeds go to the artist while the other half go to First Ride. Some choose to donate all their earnings to First Ride, like Smith had done in past years. 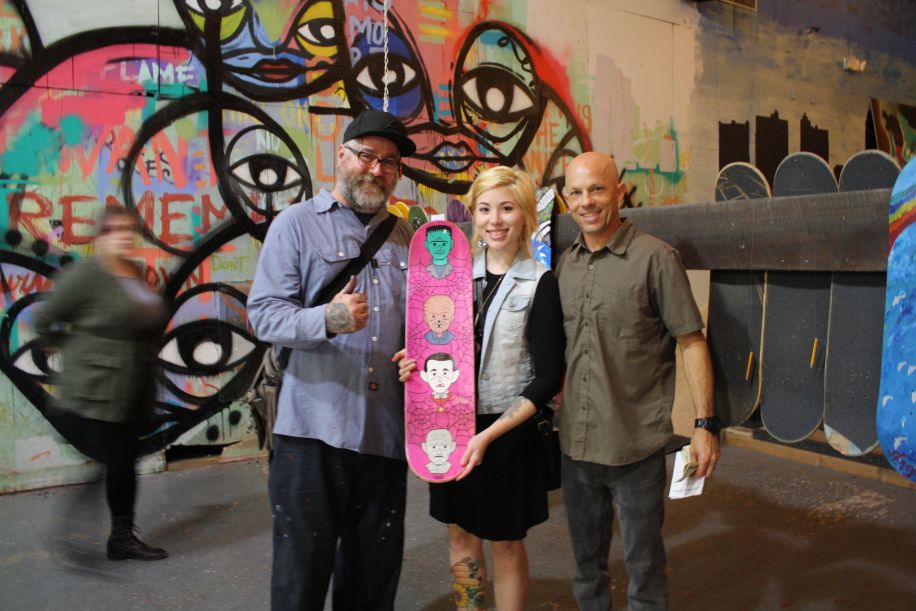 “Skateboarding is good for individual thinking. Whatever you do, you do it all for yourselves – you don’t have to be on a team or anything,” said Smith, who once skated regularly and was a sponsored BMX stunt rider. “It makes it easy for these kids to get into, not like football or whatever.”

In addition to the deck art, the show will also have a small showing of other local art, as well as music, food, drinks and other entertainment throughout the night. Mullins said this year they are trying to focus on First Ride above everything else.

“We already sold out of our first blank decks the week we announced it – about 30 of them,” said Mullins. Last year’s showing had roughly 60 decks displayed, ranging all in different styles and shapes. “We eventually ran out of room to hang those on the wall,” he noted.

There is still time to participate if you want to try your hand at painting a deck for charity. The entry fee is $20 for Waterboyz to provide you a deck to paint on, but if you have your own blank it only costs $15.

The Waterboyz Art Show starts at 6 pm on Saturday, May 27 at 380 N 9th Ave. For more information, visit waterboyz.com/waterboyz-art-show or facebook.com/waterboyzsurfandskate.