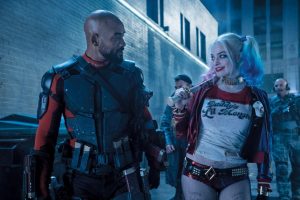 What I got from the preview: One of the best trailers of the year opens with the beginning notes of Queen’s “Bohemian Rhapsody” as a montage of various jailed baddies plays before us. Soon, we realize that a government agency is recruiting imprisoned supervillains to help save the world in exchange for clemency. What follows is gleeful violence, predictable quips, and what looks like the most fun movie of the summer.

Most notable for: It’s been years in the making, and with the recent start of DC’s cinematic universe, the studio finally had the excuse to bring the controversial source material to life. The PG-13 rating is a little discouraging, though, as most teens would probably find a way to see it even if it were rated R.

Unqualified critical observation: The cast has great chemistry, the director has surprising pedigree, and some last-minute reshoots assure me that Warner Bros. learned their lesson from the overly somber and humorless Dawn of Justice. While I often bemoan both comic book universes, this film promises a clever twist on the genre with antiheroes, euphoric savagery, and a killer soundtrack. Move over, Guardians of the Galaxy. 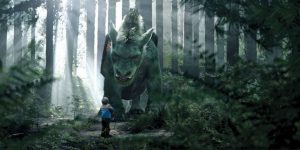 What I got from the preview: This remake of the oddly mature 70s kids movie finds an orphaned boy, Pete, who is discovered in the woods after six years like a modern-day Mowgli. Rightly assuming there’s no way he could survive alone, his newly adoptive parents uncover the secret of Pete’s dragon, a wondrous creature who is as misunderstood and prone to mischief as its human counterpart.

Most notable for: Well-done live-action family movies are unfortunately very much a thing of the past. Comic book adaptations and safe sequels have supplanted what was once a box office staple. I sincerely hope this reinvigorates the genre.

Unqualified critical observation: The trailer lifted my spirit like Pete’s dragon lifted Pete from the danger of this cruel world. Though surely predictable and overly sentimental, there is nothing wrong with sugary sweetness in this world too often overcome with sadness and tragedy. FYI, this is not the same dragon as Puff, which is another option for escaping the earthly confines of this world. 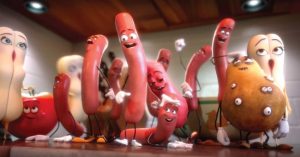 What I got from the preview: This misleadingly whimsical trailer begins with the premise that anthropomorphized supermarket food dreams of coming home with us for a blissful existence. We quickly discover, however, that this R-rated comedy is no Toy Story-style animated adventure. Gratuitous violence, raunchy humor, and weirdly anatomical hotdogs come to life as they attempt to escape the hellish fate they’ve been sentenced to.

Most notable for: The countless parents who won’t look at the rating before bringing their six-year-olds to the latest comedy from the makers of Superbad, Knocked Up and This Is the End.

Unqualified critical observation: Rumor is the rough footage at SXSW was greeted by hysterical laughter and squeamish reactions alike. Sign me up. 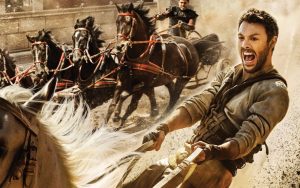 What I got from the preview: Almost 60 years ago, one of the most thrilling sequences ever committed to film was released as part of a three-and-a-half hour epic called Ben-Hur. The chariot race in the circus maximus replica arguably defined action set pieces and editing for a generation. The surrounding story, about a Jewish nobleman turned slave who ultimately finds redemption, is a hallmark of classic Hollywood. And now, it’s getting remade with bad special effects, an emaciated running time, and Morgan Freeman.

Most notable for: This has to be one of the most unnecessary remakes of all time, marking the third time this story has been made into a movie. I will give it props for using mostly culturally appropriate actors and actresses, however, with the exception of the titular character.

Unqualified critical observation: Just no. And this isn’t some “wrong generation,” “get off my lawn” brand of old-man self-righteousness. Go watch the 1959 version and ask yourself if any commercial summer release can match it in terms of sheer spectacle and pageantry. Split it up into multiple viewings if the run time intimidates you. Just watch it.

What I got from the preview: A massage therapist in Miami Beach is recruited by his junior high best friend to make $300 million selling arms in the international market during the Afghani conflict. With a fun flavor, high production values, and a satirical bite, this comedy from the director of the Hangover trilogy feels oddly reminiscent of 2005’s Lord of War.

Most notable for: Phillips feels like an odd choice to helm this particular picture, especially since pacing is not exactly his strong suit, but the story is worth telling with this sardonic edge.

Unqualified critical observation: I’m honestly split. On the one hand, it looks entertaining, sharp and funny as anything, especially with Hill. On the other hand, Teller has had as many missteps as hits, as has Cooper, and the movie seems too impressed with itself to deliver any sort of political commentary. I’m holding out hope, though, that this will be an enjoyable Redbox evening in.