In which we unfairly judge upcoming attractions based solely on their trailers. 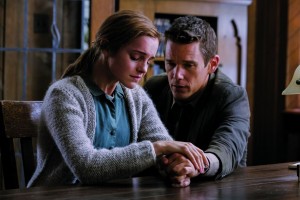 What I got from the preview: Ethan Hawke plays a detective investigating the possible sexual assault of Emma Watson’s character, and stumbles into a vast religious conspiracy that may explain why the victim does not remember the fateful events of her attack. A metronome’s faithful tapping throughout the trailer grows increasingly disturbing as we discover, along with Hawke’s character, that man really is the cruelest animal.

Most notable for: Movies about sexual assault always have the very difficult task of distilling a horrible crime into a somewhat entertaining and enlightening story. This film promises that with maturity, care and realism.

Unqualified critical observation: Few other casts and few other directors (Alejandro Amenabar: The Others) could instill me with faith that this will not be just a cheap thriller, but rather a pensive and thoughtful commentary on assault, cults, the justice system, and the fickle nature of memory. Few other films this summer have gotten my attention like this one. 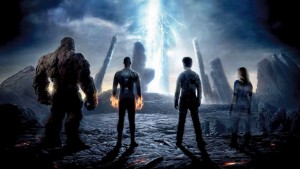 What I got from the preview: Teleportation has finally been invented, and what do they do with it? Send four kids to an alternate universe that alters their physical form in cool but often grotesque ways. I can think of at least two better things to do with that technology. Anyway, a former friend wants use their power for evil, and the Fantastic Four must learn to harness their newfound abilities and work together to save the world.

Most notable for: Marvel doesn’t care that the most recent Fantastic Four franchise ended with a bomb at the box office less than 10 years ago. With a fresh-faced cast, they insist on using unremarkable properties to make a remarkable amount of money.

Unqualified critical observation: A summer simply can’t go by without a superhero movie any more. The studios are simply responding to the market, I understand, but surely they could respond in a way that doesn’t insult all that has gone before it. To this iteration’s credit, it seems more serious and grounded than its cartoonish predecessor, but I still won’t be seeing this Thing. 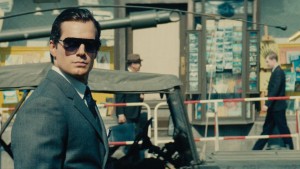 What I got from the preview: An early 60s tale of a joint operation between a CIA agent and a KGB operative is told with stylized action and Bond-esque swagger and confidence. To stop the proliferation of nuclear weapons, the two must go on a globe-trotting adventure filled with exotic locales and daring escapes. It’s a movie that has the look and feel of a 60s spy thriller, in all the best ways.

Most notable for: Director Guy Ritchie (Snatch, Lock, Stock and Two Smoking Barrels) usually knows what he’s doing with slick action, and it looks like this movie is a return to form for him after the disappointing Sherlock Holmes series.

Unqualified critical observation: I like action as much as the next guy, but too often there is no poetry to it, no finesse; usually, it is one mindless set piece after another with no sense of space or weight. Not so with this trailer, whose action looks almost like a well-choreographed dance that happens to feature guns and punches. Sign me up for this thrill ride. 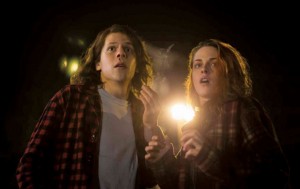 What I got from the preview: A slacker stoner who is secretly a highly trained government operative is barely making his gas station minimum wage when his skills are activated and a mission set in motion. He is targeted for extermination, but his marijuana-favoring ways make him too elusive and unpredictable to take down. Kristen Stewart stars as his girlfriend in what could be a loose sequel to Adventureland.

Most notable for: Pineapple Express pioneered the recent stoner action-comedy genre, and this movie takes up that mantle seven years later with giddy abandon.

Unqualified critical observation: There’s a difference between stoner comedy and a comedy about stoners, and while this movie doesn’t seem quite sure about which it is, I am more than happy to pay $8 to find out. Eisenberg and Stewart have that stereotypical attractive loser look down, and their chemistry—despite the plot around them—is undeniable.

WE ARE YOUR FRIENDS 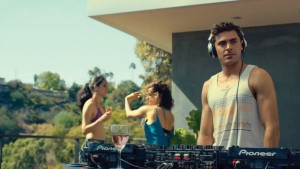 What I got from the preview: A young musician tries to make a name for himself in the saturated and oft-misunderstood electronic music scene as a DJ. From pool parties to arena stages, he learns about himself, his friends and the industry, all to the pulsating beats that are quickly becoming this generation’s signature sound.

Most notable for: Somehow making DJs and club promoters not total jerks with punchable faces and souped-up biceps.

Unqualified critical observation: I was hesitant to even watch this trailer, because this premise sounds ridiculous, like a thinly veiled advertisement for house music with some beautiful people thrown in. After watching the trailer though, it looks like Boogie Nights with bass. I am strangely excited for this different kind of band-making-it-big story.