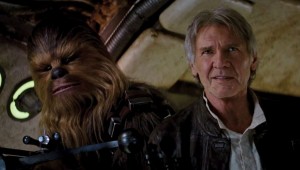 What I got from the preview: We journey back to a galaxy far, far away with characters old and new as John Williams’ score swells and signature Star Wars iconography flashes across the screen—the Millennium Falcon, X-Wings, Lightsabers, and even the now-defunct helmet of Darth Vader. As our new heroes, Rey and Finn, ask an aging Han Solo if the stories of the rebellion and the Empire are true, a new threat who promises to make good on Vader’s promises emerges, as we once again become fully invested in these mythological heroes and their awe-inspiring adventures.

Most notable for: After thoroughly disappointing prequels, a Disney acquisition, a secretive shoot and record-breaking ticket presales, the Star Wars follow up that we deserve is finally coming to theaters.

Unqualified critical observation: The extended trailer premier on ESPN in October marked the first time in years I sat through more than a few minutes of a football game. Few cultural touchstones can bring fans and non-fans alike together in such a way that crashes ticket-purchasing websites and spawns countless theories before we’ve even seen more than three minutes of footage. If you don’t believe that this picture will fulfill every ounce of nostalgic anticipation while simultaneously becoming the highest-grossing movie in years, well, then you probably don’t believe the Millennium Falcon made the Kessel Run in less than 12 parsecs. 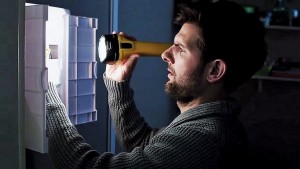 What I got from the preview: As joyful Christmas bells chime in the background, a family gathers together for their annual holiday feast. The happiness of the season slowly erodes as arguments break out, long-standing disagreements emerge, and a small boy wishes the worst on his family. Soon, the power goes out and a demonic presence begins haunting the night’s proceedings. The spirit of Krampus, Santa’s evil, horned counterpart, is paying the family a terrifying visit in this horror comedy.

Most notable for: Horror-comedies are too few and far between in this age of found-footage horror and gross-out dude humor. Even more rare is the holiday horror-comedy. That novelty plus a great cast helps this movie stand out from the season’s holiday pandering and Oscar bait.

Unqualified critical observation: A year ago, I had never even heard of Krampus. Now the guy has a movie to galvanize his existence in pop culture. I don’t know a lot about the legend, but I’m excited to learn more. 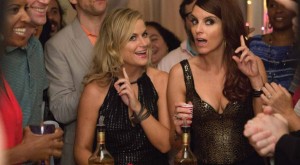 What I got from the preview: The two queens of modern-day comedy reunite for their first movie since the incredible Baby Mama. Each plays against type: Poehler as the shy, conservative sister and Fey as the sex-crazed party animal. Together, they decide to throw one last rager in their childhood home before their parents sell the property. Ill-advised shenanigans, slurred karaoke, and drunken sex ensues, as Poehler and Fey prove they’ve successfully transitioned to R-rated territory.

Most notable for: Releasing the same day as Star Wars. That’s a bold strategy. If anyone can pull it off, it’s my girls Amy and Tina.

Unqualified critical observation: Raunchy female comedy is new to the mainstream, with this year’s Trainwreck being the first notable example. Saturday Night Live alums bring their own brand of the trend to this movie, and while some jokes from the trailer fall flat, I’ll still happily pay the price of admission after being told Star Wars is sold out for the next three weeks. 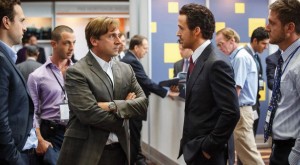 What I got from the preview: In the mid-2000s, as the housing industry was going strong and sub-prime mortgage bonds were all the rage, four financial industry outsiders saw early on what the big wigs were too money-blind to see: that clients would soon default on their loans and spread risk throughout the banking industry. When no one would listen, they worked together to take on the big banks for their greed and lack of foresight.

Most notable for: It’s a bold choice to select Adam McKay of Step Brothers, Anchorman and The Other Guys fame to take on a film about the inner workings of the financial industry. It just might work in the movie’s favor that McKay typically deals with cartoonish story elements, ridiculous premises, and is apt to invert the traditional means of telling a well-worn story.

Unqualified critical observation: Many movies in the past few years have tried to distill the complex financial crisis and offer a peak behind the scenes when the ill-fated decisions were made. This iteration of that story features the best cast and most subversive method yet, and seems to be deservedly gunning for more than a few Academy Awards. 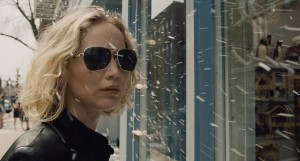 What I got from the preview: The story of a soon-to-be American dynasty across four generations, the titular character must overcome betrayals, setbacks and personal rivalries before inventing the Miracle Mop and becoming a symbol of classic Americana. Lawrence displays her usual passion and fervor, while the supporting cast wonderfully fills in the background of this sprawling family epic.

Most notable for: The David O. Russell (Silver Linings Playbook, The Fighter, American Hustle) formula works like this: release a movie during the holidays with a beautiful cast and gorgeous cinematography, and hope for some awards. This movie continues that trend.

Unqualified critical observation: The story itself does not much appeal to me, as I was completely unaware the Miracle Mop was even a thing before this trailer. However, I’ll look at beautiful people be masterfully directed in a warm theater any day.