The Alabama Gulf Coast Zoo has opened the doors to their new facility in Gulf Shores and visitors are in for a real treat. The “Little Zoo that Could” is now a much bigger zoo, and it delivers a variety of animal adventures, education, interaction and fun for all ages. 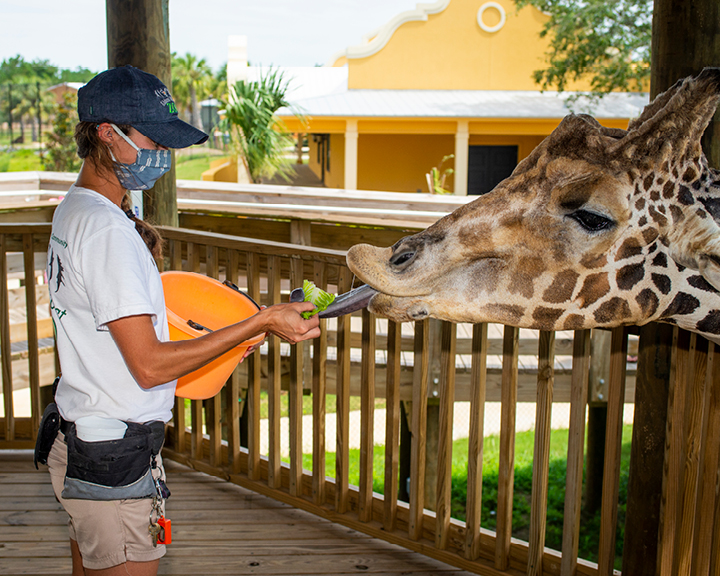 The previous incarnation of the zoo was housed on a 6–acre property, a portion of which was undevelopable wetlands. The old zoo was also located very close to the Gulf of Mexico, which led to its complete destruction after multiple hurricanes in 2004 and 2005. That destruction and the moving of all zoo animals to staff homes prior to the hurricanes garnered national attention and was the subject of an Animal Planet series called “The Little Zoo that Could.” After the show aired, the zoo received letters, donations and media requests from around the world, making it a popular destination for animal lovers.

Although the little zoo rebuilt in its original spot, the generosity of the Weir family allowed the zoo to dream even bigger. The Weir family donated an inland 25-acre parcel and zoo administrators began planning for the zoo’s expansion.

The first completely new zoo to be built in the United States in over twenty years, the new facility houses roughly 300 animals,199 sub-species and 22 endangered species. Species include primates, reptiles, birds, lemurs, wolves, tigers, lions, bears, sloths, kangaroos and their newest addition– giraffes Benjamin and Akayla. Ambassador animals include Chuckie, the famous 12-foot American alligator, who escaped during a hurricane Ivan; Simba the lion, whose roar can be heard through the zoo; Bruce Quillis, the African Crested porcupine; and Kevin Bacon a pig with an eye for art. 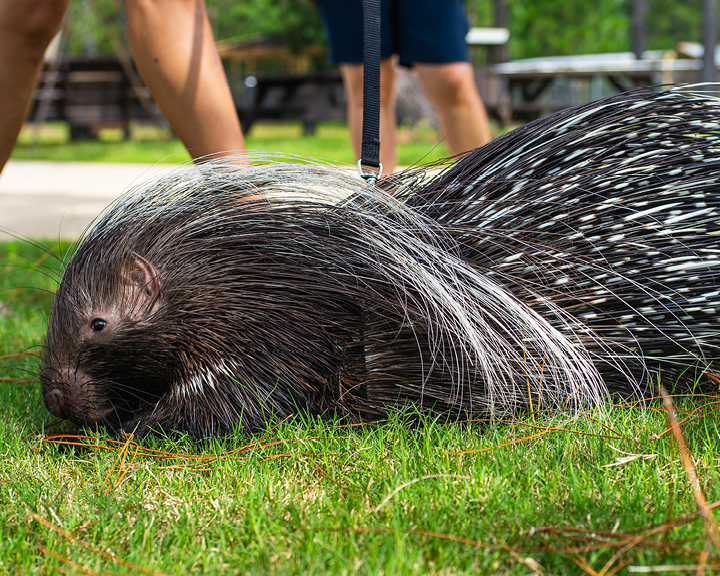 The zoo’s mission has always focused on education and conservation. Executive director Joel M. Hamilton says that focus was front and center when planning the new facility.

“The old facility being such a small one, the public was very up close and personal with both the animals and the educators. They could talk to the keepers and ask questions about the animals. That’s something we have strived for here—to make sure that we still have that same kind of interaction. It’s very important—those impromptu discussions about an animal, the storytelling and intertwining information about the environment and conservation with that. It’s that intimacy that always made our facility a very popular one. We have animal encounter programs where people can come and have an opportunity to get very close to the animals and then we have the opportunity to talk about environmental education,” Hamilton said.

The new zoo has three different presentation areas as well as animal ambassador teams and education teams who do educational presentations several times a day.

Officially opened in March of this year, the zoo features all the animals, attractions and small–town charm that made the previous location so well loved, but the size and layout allow for better conditions for the animals and visitors alike. For the animals, the new site allows for larger and more natural habitats and offer more amenities for play and enrichment. For visitors, the zoo’s circular design makes enjoying the many exhibits, interactions, gift shops, dining options and educational opportunities easy to navigate. In addition, a variety of buildings and outdoor spaces can accommodate group events—everything from corporate and community events to family reunions and weddings. The Savannah Manor is a rental facility that was designed to look like a traditional European manor out on the Savannah in Africa—complete with an African market. The unique décor and rolling lawn overlooking lemur island and the lion habitat make it a perfect place to host weddings and corporate functions. 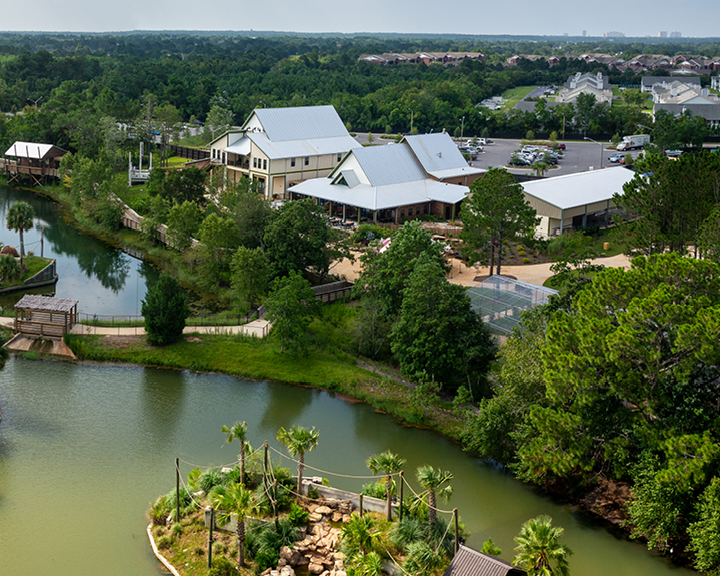 A favorite of visitors, the zoo’s animal encounters continue to grow and now include time with kangaroos, sloths, reptiles, lemurs and giraffes. Animal encounter exhibits offer visitors the chance to get up-close, touch, hold, feed, and learn amazing things about these friendly animals.

One thrilling new amenity is the Soaring Eagle zipline a ski lift type of zipline that pulls riders 110 feet in the air where they can enjoy sweeping views of the zoo and surrounding areas. Once at the top, the zipline releases the passenger chair and riders come zipping back down for an unforgettable ride. In addition to the zipline, visitors can enjoy an animal themed carousel ride, safari cars and a kiddie train.

The Safari Club is a stand-alone restaurant and dining is available both during and after zoo hours. “It’s awesome,” Hamilton said. “You can come here in the evening, sit out on the veranda and enjoy a fine dinner while listening to the lion roaring, the lemurs calling and the macaws hollering. It’s definitely a unique setting within the region.”

The menu at Safari Club is far from the traditional burger and fries at many zoo eateries. Executive Chef Greg Buschmohle and his team have created an internationally inspired menu that includes small plates, handmade artisan wood fired pizzas and a variety of seafood, meat and vegetarian selections.

The restaurant is also Alabama’s first certified Green Restaurant—focusing on conservation, recycling and reducing waste. The energy-efficient operation does not use Styrofoam products or plastic straws and all to-go containers are bio-degradable and/or recyclable. The restaurant also features an onsite garden and composting operation.

In addition to the existing attractions, Hamilton said that many new exhibits are planned as well. A walk–through aviary is currently under construction and work is moving forward on expanded animal encounter areas, a hoofstock exhibit in the Africa section and an Australia themed area.

While the zoo is open to visitors, they are complying with CDC guidelines amidst the pandemic. All staff members wear masks when social distancing is not possible, the zoo path is one way to maximize social distancing amongst guests, deep cleaning is happening regularly and some animal encounters unavailable.