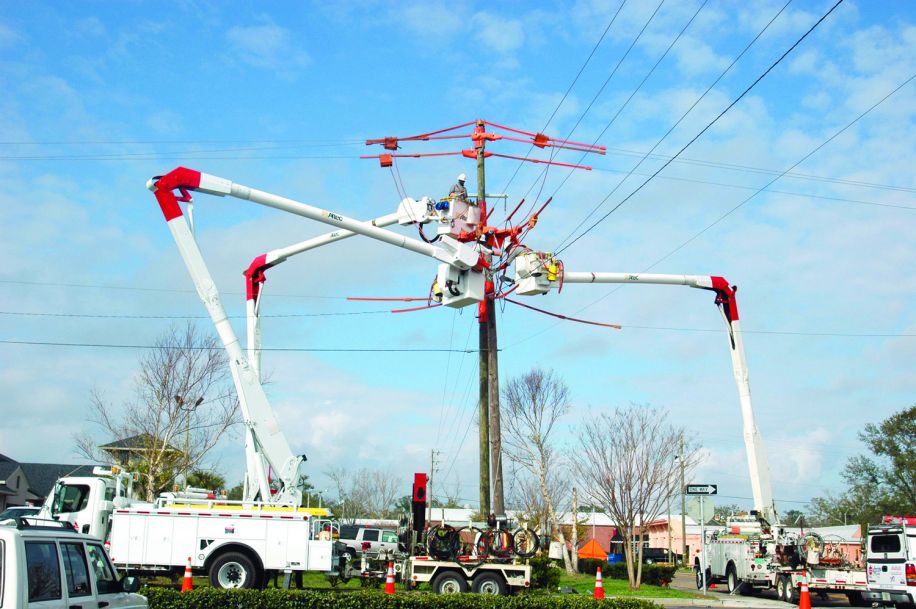 When a vehicle crashes into an electrical pole, or a tree falls on a power line, or a cable simply wears out, who you gonna call? Well, you may very well not have to call anyone, because chances are your power didn’t even blink, and if it did, energy will likely be quickly restored in a matter of seconds or minutes. This is a far cry from the days when a simple lightning strike would render an entire grid useless for hours or days, but how do electrical companies like Gulf Power keep the lights on while keeping costs low?

Gulf Power is the largest investor-owned utility company in the area, serving more than 430,000 customers and spanning Northwest Florida. The company is the largest single taxpayer in the region, employs nearly 1,500 people, boasts 1,587 miles of transmission line, with 137 substations, and 7,721 miles of distribution line, a quarter of which is underground. Gulf Power also has invested more than $1 billion in clean-air projects since 2005 and has reduced emissions by more than 85 percent since 1992. The company reaches beyond its energy sector to support chambers of commerce, economic development organizations and charitable operations to the tune of $2.4 million. Now, Gulf Power wants to do even more for this area and improve reliability, which is why it is in the middle of one of the biggest projects in its history: a massive, $750 million investment in the renovation and update of its expansive power grid to ensure more reliable and economic energy for its users.

The current renovation project, which began in 2013 and will likely conclude this year, deals with the distribution of power, not the generation of it. But to understand how this enormous undertaking works and how it will benefit the organization, its stakeholders and customers, it is important to first understand the generation side of it all. 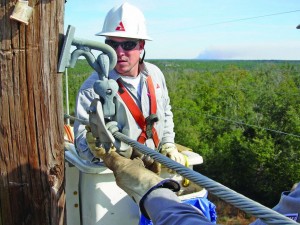 As electrical energy is generated, 60 percent by natural gas and 40 percent by coal in Gulf Power’s case, it is transformed and transported instantaneously through a network of wires, substations and transformers to the customer, according to Natalie Smith, a communications specialist with the company. Much of this power comes from the three generation plants Gulf Power owns and a co-generation facility located in our region. Gulf Power also owns interests in two other facilities located outside the state.

Electricity is generated at a relatively low voltage and has to therefore be increased to as high as 765,000 volts in order to traverse great distances. This is where transformers come in, which are located near the power point. The transmission lines that carry the electricity can range from 69,000 to 765,000 volts.

After the electricity gets closer to its destination, transmission substations divide the power into secondary transmission lines, which allow the energy to continue on to distribution substations, generally located in major use areas, where the voltage is reduced to distribution system levels. These distribution lines then connect to service transformers located near homes or business, where the voltage is reduced even further to a more manageable capacity.

“From the generating station to the final destination, the energy from generated electricity undergoes numerous changes in voltage and direction,” said Smith. “Each change requires expert design and handling to provide the consumer with the least expensive, most reliable energy they can buy.”

As you might expect, all these moving pieces that handle hundreds of thousands of volts of electricity require frequent maintenance and upkeep.

“We have systems in place to monitor usage and make repairs as necessary,” said Josh Rogers, a senior engineer with Gulf Power.

It is because of that maintenance that Gulf Power has a history of reliability. In 2014, there were just 8,997 total outages. That is down from 10,950 just two years before and indicates a downward trend of almost 40 percent. The Gulf Power team is always looking to assess what caused outages and prevent them as much as possible.

“Outages can be caused by lightning, animals, vegetation, cars hitting poles and weather such as wind,” said Smith. 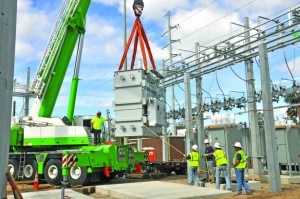 To make the system even more reliable is the goal of this reliability-focused undertaking. Major investments are being made to maintain the electric system, strengthen the existing infrastructure and add new transmission lines.

Some of the projects included in this renovation include improving or building 27 substations to maintain reliable service; building 134 miles of new transmission lines; and replacing aged and obsolete equipment and facilities that are beyond their life cycle, including a 50-mile, 70-year-old line from Panama City to Marianna, pole replacements and storm hardening for transmission and distribution, replacement of substations power transformers, and replacement of aging generation equipment.

But the grid reconstruction is not the only way the company improves reliability; there are other day-to-day methods that Gulf Power employs. Much of the equipment used today to keep the lights on use processors much like a computer to reroute and manage power quickly and efficiently. All these systems, including hardware and software, work in tandem to provide customers with cheap, reliable energy.

“In the past, most devices on the distribution system were mechanical devices with limited functionality,” said Smith. “The majority of new smart devices are processor based which allows the device to be programmed.”

These systems are proven to decrease the number of outages, as well as the time customers are without energy when an outage does occur. In many cases, these smart, self-healing devices can be programmed to make decisions on their own based on the state of the system.

“They also communicate back to us so we know the nature of what’s happening and can factor that in in the future,” said Rogers. “These devices can also communicate with each other when a fault occurs on the system. Power will be rerouted from a different source without an outage occurring.”

“For example, if a customer is on a primary source that experiences a fault, the fault is registered, the devices communicate, and the customer is transferred to a different feeder within a fraction of a second,” added Smith.

Many surges and outages are not surprisingly caused by lightning strikes. These strikes can carry millions of volts of electricity that can wreak real havoc on a grid. Luckily, Gulf Power uses lightning arrestors, which are placed on the system to protect equipment from strikes. The arrestors give the lightning a path to the ground and therefore sacrifice themselves to save the larger grid. This helps the grid—and customers—avoid widespread damage and a lengthy outage.

Finally, there are reclosers, which function like large-scale, smart circuit breakers. Circuit breakers essentially break a circuit when there is a wiring fault of some sort. Once the problem is corrected, homeowners can go back to their electrical panel, usually in the garage or laundry room, and reset the breaker. When these larger reclosers sense a fault, they open for a short time to break the circuit and allow the fault to clear. It will check again in a few minutes and few minutes after that to see if the problem has corrected itself. If it has not, the recloser will lock out until a crew can find and repair what is obviously a serious fault.

These reclosers benefit customers and the grid as a whole by limiting the outages that would have otherwise occurred because of weather. Also as a result, temporary blinks occur when a full outage may have otherwise happened.

To help keep the power on in new, environmentally friendly ways, the leadership at Gulf Power is currently looking to buy wind energy from Oklahoma as part of an energy purchase agreement.

“We’re always looking for diverse sources of power generation,” said Smith. “But we’re not set up to bring in power from just anywhere. We have to be strategic and know what our infrastructure can handle. It’s all part of making and delivering reliable, affordable, environmentally friendly energy.”

“Upgrading and improving our infrastructure is making our power grid stronger and more robust,” said Jeff Rogers, Gulf Power’s corporate communications manager, “and will help maintain high reliability today and into the future.”