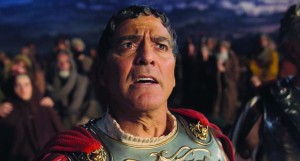 What I got from the preview: The preview opens with the old Universal Studios logo as contemporary scenes from an old, lavish 50s epic follow. We discover soon, of course, that these are scenes from the forthcoming movie-within-a-movie Hail, Caeser!, a Biblical epic on par with The Ten Commandments and Ben-Hur. When the picture’s big star is kidnapped for ransom, however, a comic set of mishaps sets the stage for a darkly funny movie about Hollywood and its actors, agents and audiences.

Most notable for: It may sound like a mostly unremarkable premise, but in the hands of the brothers Coen (Fargo, The Big Lebowski, No Country For Old Men, O Brother Where Art Thou?), we know that this fairly standard plot will be anything but.

Unqualified critical observation: The movie itself features a veritable laundry list of Hollywood’s brightest stars, much like the films of yesteryear this picture so clearly pays homage to. A dancing Channing Tatum, kidnapped Clooney, a bodacious Johansson: this is a love letter to these stars as much as it is to the movies they grew up on. So sit back, relax, and let the Coens remind you how truly great the silver screen experience can be.

PRIDE AND PREJUDICE AND ZOMBIES 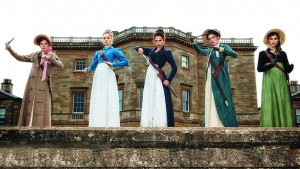 What I got from the preview: It is a truth universally acknowledged, that a story of such prestige and respectability as Pride and Prejudice must ultimately at some point be plundered for a quick dollar in the year’s coldest months by injecting it with some far-out third element that sounds novel in theory but is almost certainly heinous in execution (see also: Abraham Lincoln: Vampire Slayer).

Most notable for: I mean, what do you want me to say? Based on the book of the same name, the producers took the seminal tale of class and gender, and injected it with zombies. I suppose that’s notable, but it’s certainly not reputable.

Unqualified critical observation: I love watching beautiful women kick butt as much as the next guy, and if those women happen to be buttoned-up, Georgian-era single ladies, then so be it. But let’s find something better to do with 108 minutes of our time and millions of our dollars. There’s a right way and a wrong way to do pulpy exploitation films, and this film promises to be the latter. 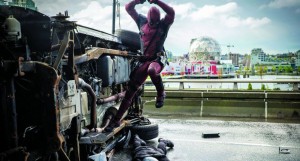 What I got from the preview: This lengthy trailer starts with the titular character experiencing the everyman annoyance of cab rides in the big city. This wise-cracking character isn’t just a budget Spiderman, though; he’s everyone’s favorite obscene, violent antihero who finally got his own movie. Jokes about Reynolds’ career abound, as do winking references to other, more vanilla and shall we say family-friendly entries in the Marvel universe. The story doesn’t particularly matter, as this is a character-driven piece, but it basically involves a special forces operative turned mercenary who is subjected to an experiment that leaves him with accelerated healing powers and a penchant for Internet memes.

Most notable for: After years on and off of Hollywood’s blacklist, Marvel has finally brought this fan favorite to the big screen, with Reynolds as the not-at-all-risky casting choice.

Unqualified critical observation: I’m split on this one. Initially very excited, my movie-loving heart has since turned cold as the marketing campaign has grown increasingly cheeky and desperate for the all-important teen demographic. I get that they’re having fun with the premise, but could they be a little less annoying and pervasive? 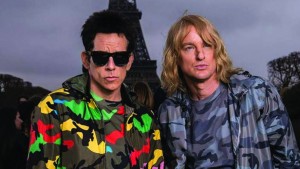 What I got from the preview: No longer the household name celebrities they once were, Derek and Hansel are struggling to accept the new faces of fashion. But when an opposing company, led by the child-labor-loving Mugatu, threatens to destroy the world’s most shapely, symmetrical faces, the two dim-witted selfie-loving heroes must spring into slapstick action to save our world for hot people everywhere.

Most notable for: Though a box office failure, the original achieved cult status through cable television showings and the DVD market. It’s now one of the most highly quotable movies in my repertoire, and this sequel promises more of the same.

Unqualified critical observation: With comic talents both old and new, and the same level of silliness pervading every corner of the script, I’m hoping for a comedy sequel thoroughly unlike Anchorman 2. Why male models, you ask? Because no one can dance to “Wake Me Up Before You Go-Go” or flash le tigre™ like they can. But why male models, you ask? 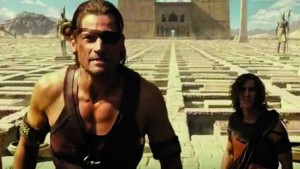 What I got from the preview: Ugh. The preview is full of bad CGI, bombastic, grandstanding speeches, rippling muscles and white-washing as far as the eye can see. I couldn’t tell you the plot, because the preview is just a montage of gods-verses-mortals warfare, deserted landscapes, and did I mention terrible CGI?

Most notable for: How did this movie get approved for anything less than a SyFy channel original? I had more fun watching the entirety of Sharknado than I did watching this dreck of a trailer.

Unqualified critical observation: I guess if you make really awful sci-fi movies, you’re called an auteur. At least that’s what the marketing for this movie would have us believe about Alex Proyas (Dark City, Knowing, I Robot). And if Gerard Butler is trying to have a McConaissance and Jaime Lannister is trying to break out of Game of Thrones, this isn’t the way to do either. Please don’t see this movie, unless you’re weirdly obsessed with future Razzie recipients.