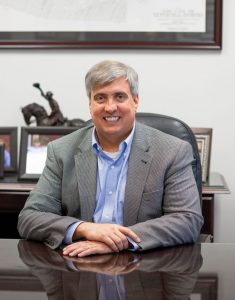 For first the first time in eight years, Pensacola has a new mayor. Longtime county commissioner Grover Robinson was elected on Nov. 7 to become just the second strong mayor in the city’s history. He was sworn in on Nov. 27.

The defining achievement of former mayor Ashton Hayward’s eight years in office was the transformation of downtown Pensacola from sleepy office park to bustling entertainment core. Keeping that momentum alive was important talking point on the campaign trail for Robinson and the other mayoral candidates.

Yet as downtown has flourished, it has faced new challenges. The new pay-to-park system remains confusing for many visitors,

Downtown Crowd sat down with the new mayor two weeks before he took office to get his vision for the city’s urban core, the challenges

There’s been some discussion, particularly when the parking drama was going on earlier this year, about the necessity of the Downtown Improvement Board in the current . Do you think the DIB still has a place?

I think the DIB has a place; I think the question is it needs fresh blood and innovation. If you remember, many of the things that have happened downtown really started with the DIB: the two-way streets, taking out the stoplights on Palafox and putting in crosswalks. (The idea being) if you make everything safer for pedestrians people will feel more comfortable, there will be more people walking in your shops. Sure enough, that all happened.

I’m not saying the DIB is perfect. I’m always reminded after the genius idea to make everything two-way they decided to make people park backwards, which did not go over well. I get it, I’ve done it in Austin and I know other places do it, it just didn’t work in Pensacola. Even though that wasn’t successful, I thought that was a good thing. When you think outside the box and you say, ‘Hey, we have an idea,’ let’s try it. If it doesn’t work, then we can turn around and fix it but if you’re not trying new things you’re not pushing yourself to what you can be.

I think along those lines I’m excited about what we can do. I think we can make downtown better. Much of our emphasis is going to be expanding the improvement not just in downtown but really pushing it out. But we’ve never said we want to do that at the expense of downtown, we want downtown to be as successful as possible. 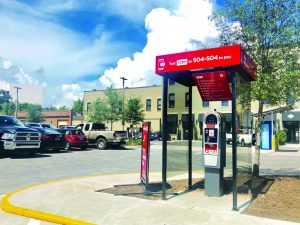 I think I’ve heard you say downtown parking should be free. Is that correct?

What I said was things after 5 p.m. I think could be free. This is my issue: after 5 p.m., you can be over here on the west side on Baylen, on Spring, on West Government and there’s nobody there. Once the courthouse closes up, there’s nobody there so nobody’s using any of these parking spaces. So if nobody is using any of these parking spaces why are we charging anybody anything? We should want to get as many people down here as possible.

The other thing, the top decks of these (parking garages), we should make those free. Those should be free until we get them filled. At this point, I can take you over to the attorney’s office and let you look at the top of the deck, nobody’s there. That’s 75 spaces that aren’t being utilized. We spent the money to use the garage, we might as well use the spaces. So I’m not saying every parking space has to be free, but I am saying at certain times – if there’s not an urgency, if people are parking there all the time – then it ought to be free.

If we’re going to make downtown successful for all these vendors that are here, we should want people to come downtown. We shouldn’t be finding ways to throw up roadblocks.

Last thing, Grover. If you walk Palafox Street any Friday, Saturday night you’re going to see a dozen homeless people sitting or sleeping in storefronts. Many of them will ask for money. I know it’s a tough issue to deal with.

We just talked about that with (DIB executive director Lissa Dees). I think there are two issues we will want to address a little better. One is public safety. We want to be working with the Pensacola Police Department, and I’m excited I think they’re getting back to the level of officers they had before and if they should have more more officers available to do some of the policing downtown. That’s part of it.

The second part of it is truly dealing with some of the issues we have. I was just talking about the (idea of) a “come as you are” shelter and I think we may need one of those in the City of Pensacola and Escambia County. The City of Fort Walton and Okaloosa County have done one jointly and I would love to go over there and see how they did it working both those entities together and us work with the county to put together one.

Then we really begin to address some of the panhandling issues. I’m very clear I understand we don’t want to block freedom of speech, but everywhere else in this community we regulate people’s commerce, and when you’re taking money that’s commerce. So if you just want to stand there and do free speech you can do free speech but you can’t take money. Once you take money that’s commerce and we do have the ability to regulate commerce. So we will maybe look to do some ordinances that deal with commerce and how it can be conducted.

The other part, I know I’ve talked with people like (homeless advocate Rev. Nathan Monk) who have said, “Hey, I don’t want to see people panhandling either, you’re not helping them get better,” but at the same time you, the government, need to figure out a way to give people better services. So if you’re saying we’ve got to do a better come-as-you-are shelter then I say let’s look at it.