Press release provided by Gulf Power
Gulf Power marked a major milestone this month when the Blue Indigo Solar Energy Center in Jackson County began generating zero-emissions energy for customers. With more than 300,000 tracking solar panels, Gulf Power’s first owned and operated solar energy center is capable of producing 74.5 megawatts of energy harnessed from the sun, enough to serve about 15,000 homes annually.
“As we observe Earth Day this week, we’re celebrating Gulf Power’s first owned and operated solar energy center, which brings us one step closer to our goal of making Northwest Florida a leader in clean solar energy,” said Gulf Power President Marlene Santos. “As part of the NextEra Energy family, the largest generator of solar and wind energy in the world, we are continuing the company’s clean energy legacy by transforming the way that we generate power for our customers while keeping costs down and protecting the beauty of our region.” 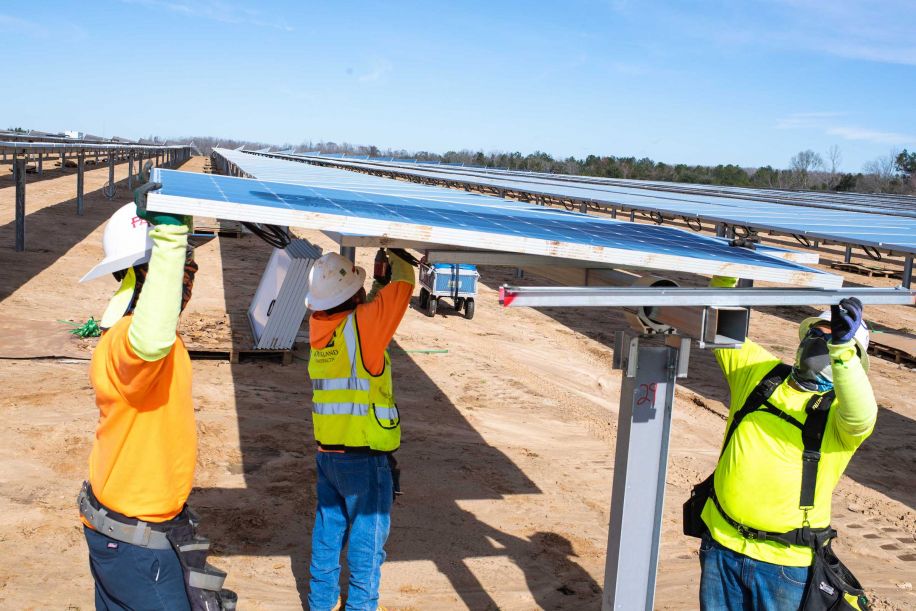 Benefits of the Blue Indigo Solar Energy Center include a reduction in carbon emissions that is equivalent to taking 26,000 cars off the road and millions of dollars in savings for Gulf Power customers due to savings from fuel and other expenses, as well as additional tax revenue for Jackson County. In addition, solar farms like Blue Indigo are virtually silent, require no water for operation or maintenance, and solar arrays sit low to the ground. The solar energy center does not require onsite staff to operate so it won’t bring more traffic to the area after construction.
Gulf Power has been providing solar energy to customers since 2017 through a partnership with the Department of Defense and a third-party developer, with 1.5 million solar panels on three military bases. These projects on Eglin Air Force Base in Fort Walton Beach, Whiting Field Naval Air Station Holley Outlying Field in Navarre and Pensacola NAS Saufley Field are generating enough emissions-free energy to power 20,000 homes* and preventing emissions equivalent to removing 41,800 cars from the road annually. (*a typical home using 1,000 kWh
per month.) 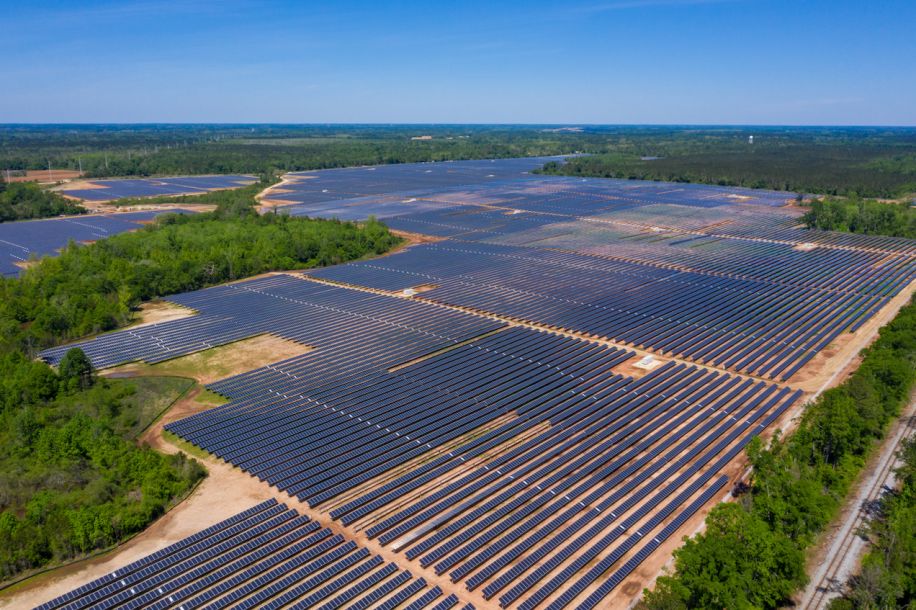 Solar is one piece of Gulf Power’s mission to usher in a cleaner energy future for customers that further reduces the company’s carbon dioxide emissions rate and lowers costs for customers. The company is currently working on developing more solar energy centers in the region – helping to make Florida a leader in solar energy.
In addition, Gulf Power is converting Plant Crist in Escambia County from coal to cleaner, more efficient natural gas, which will lower the carbon emission rate by 40% and help lower costs for customers by an estimated $220 million through lower operating expenses. The company also recently completed upgrades at Plant Smith in Panama City to make the natural gas plant more efficient while increasing its output.