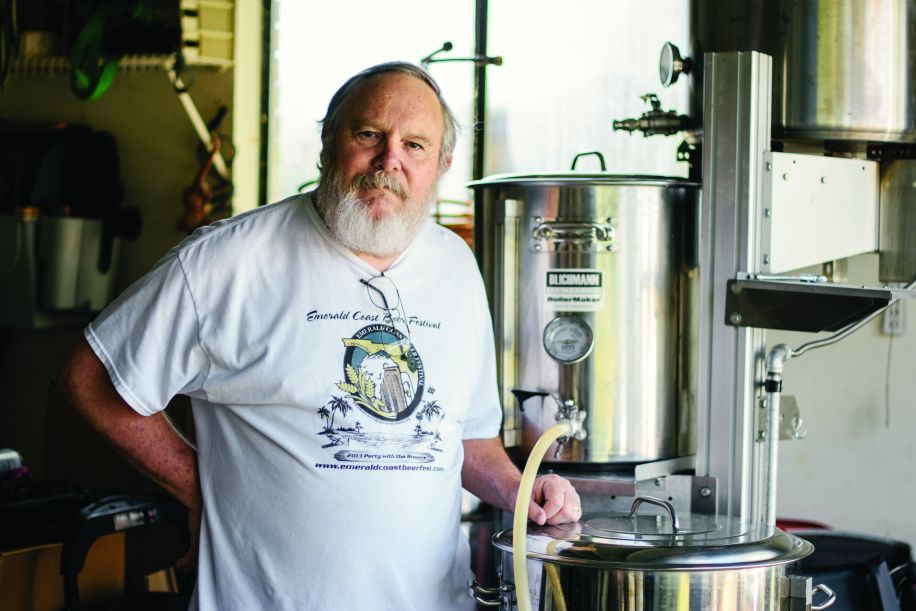 In Jim Martin’s garage, there’s a mini-fridge full of Bud Light that he hasn’t touched in years.

In fact, Martin hasn’t bought himself a beer from the store in more than four years. He prefers his own stuff.

Martin is a homebrewer. He brews pilsners and stouts, ales and ciders all from his home near Ten Mile Road.

His brews have names like Honey Brown Ale, Imperial Stout, and a raspberry cider that a friend came up with and calls Bootie Juice.

One of Martin’s most popular creations is his honey-lime wheat beer.

“Everybody likes the Corona with the lime in it, so I thought this could be pretty good,” he said. “And it is.”

Most of the beer he makes Martin gives away, at charity events or to friends. The law says he can brew as much as 200 gallons per year, per adult in his household so long as he doesn’t sell it.

Martin got into brewing in the late 80s, after a friend brought some homebrews to a party.

“I said, ‘Hey, this stuff is pretty good,’ and I got interested,” Martin said.

With the rise of craft beers and local breweries over the last decade, many people have developed an interest brewing their own suds.

Martin serves as treasurer for the Escambia Bay Homebrew Club, which counts about 110 members and includes most brewmasters from the area’s local breweries.

They meet every month and have different competitions to see who can brew the best ale or IPA, cider or barley wine. Frequently, the club participates in charity events where they give their brews away. On April 21, they’ll host a tasting competition to benefit the Knights of Columbus at the St. Paul Catholic Church on Hyde Park Road.

“That’s the best part, giving it away,” Martin said.

Getting into homebrewing is easier than many people might realize, Martin said. While he has a seven-foot tall, three-pot system that takes up a whole corner of his garage, Martin said most people can get started with just a big pot and premade malt extract available at Gary’s Homebrew Supply on Gulf Beach Highway, a central hub for homebrewers in Northwest Florida.

Getting it right might take some time, but the learning process is fun, Martin said.

“When I first tried it I thought, ‘Oh God, I’ve wasted my money,’ but then a week later of it sitting on the shelf I thought, ‘This is OK,’ and then two weeks later, ‘Hey, this is pretty darn good.”

Should you be interested in homebrewing yourself or just want more information on the Escambia Bay Homebrew Club and their events, visit them on the web at EscambiaBayHomebrewers.org. 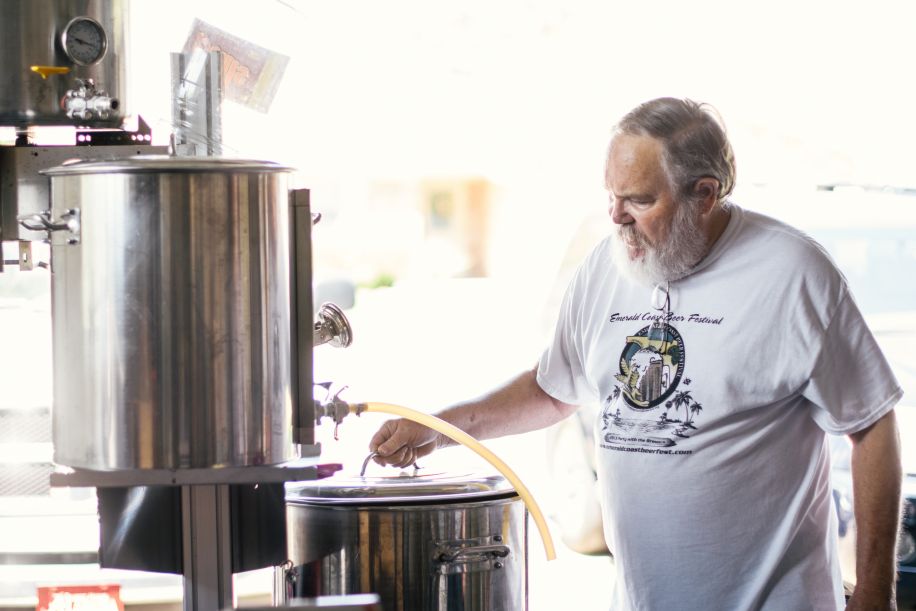