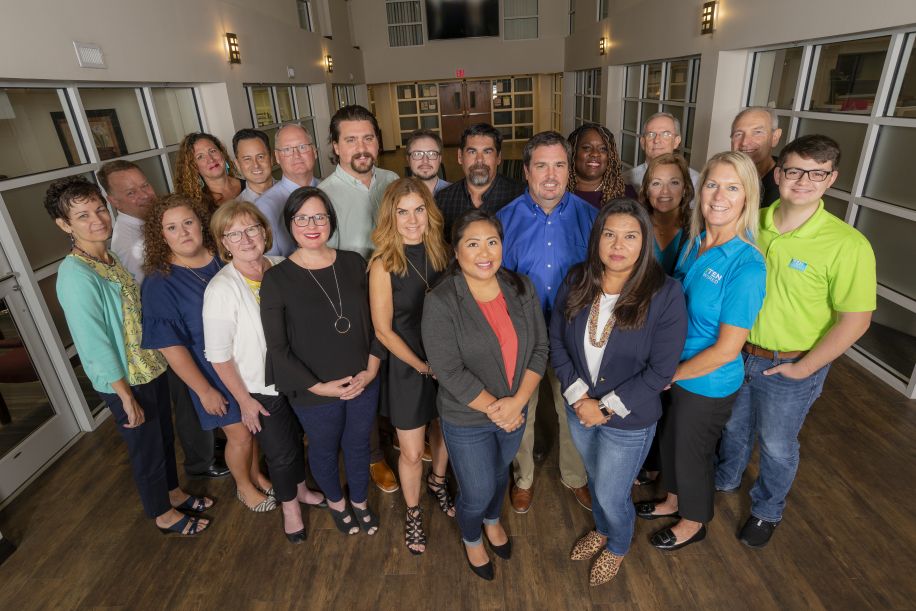 When outsiders think of Pensacola, perhaps the first thing that comes to mind are the famously snow white beaches along the sparkling Gulf of Mexico. While the natural beauty and historical sites local to the city are a given, some of the area’s other resources – like forward-thinking industry and education – have been growing and grabbing the attention of entrepreneurs and talented techies from around the region and nation. One way the area is positioning itself as a hub of import for those in the tech industry is through ITEN (Innovation Technology Entrepreneurship Network) WIRED, a cybersecurity and IT conference to connect, collaborate and build community with industry leaders, entrepreneurs and educators on innovation, technology and entrepreneurship topics.

This year the event will be held Wednesday, October 2 through Friday, October 4 at the Hilton Pensacola Beach, marking its 11th year. The summit began as an economic development initiative in 2008 by the Greater Pensacola Chamber of Commerce and is now hosted by IT Gulf Coast and FloridaWest Economic Development Alliance. The event has grown steadily since its inception and this year is expected to have about 500 attendees, said director Jim Rhodes.

By day the Communications and Public Relations Director for the University of West Florida Center for Cybersecurity, Rhodes is part of the all-volunteer board that helps organize the event along with IT Gulf Coast and FloridaWest Economic Development Alliance. The board is comprised of members of the local IT, tech and entrepreneurial community. Rhodes first attended ITEN WIRED in 2011 and became involved in planning in the following year.

“It’s become a three day event, with multiple keynotes throughout the days. We’ve added on a cyber competition, a CIO Roundtable, a career fair and the VIT [Very Important Techie] dinner,” Rhodes said about the event’s expansion. “Every year we try to think outside the box and not do the same thing. We’ve added an industry day as well, so it should be a full slate in October.”

Topics for keynotes, breakout sessions and panels cover a wide range of industry-related topics. The Industry Day kicks off Wednesday, which includes the Career Opportunities Expo and a TEEX Cybersecurity Course. Over the next two days attendees can attend keynotes from heavy hitters in tech and entrepreneurial positions and choose from breakout session and panel discussion offerings to suit almost any interest within the scope of entrepreneurship, innovation, and technology.

Rhodes expressed excitement to have Adam Ely, VP & Deputy Chief Information Security Officer for Walmart, as the opening keynote speaker for Thursday. Ely has been a part of the summit before and was happy to return as a keynote. Another keynote presenter who almost all locals will recognize is Quint Studer, who will close things out on Friday.

“He’s always great to listen to. You’ll always walk out inspired after hearing him talk,” Rhodes said. “We’re hoping he can tie it all together about how we can push this area forward.”

Rhodes said the team behind the event is always looking to mix things up with presenters, and this year is no different. There are plenty of opportunities for attendees to network and mingle, and there’s even some more casual entertainment planned for the event.

“We’re doing something different this year — we’re actually inviting a comedian to close out on Thursday just to kind of lighten things up,” he said. “He was actually recommended to us by an attendee. He’s got tech-based humor which should tie in well with our crowd.”

ITEN WIRED has a regional and national scope, marketing to leaders in other metropolitan areas like Atlanta, Birmingham, Chattanooga, and Washington, D.C. While Rhodes said he hopes to continue growing the number of ITEN WIRED attendees from out of state, the summit also has a very community-oriented approach, working to bolster and incubate the talent we already have locally while spotlighting what’s available to those with an interest in technology-focused work.

“That’s kind of the spirit of the event; it’s to showcase what we’ve got going on here, not only to the people who live here, but again to the global players,” he said. “We’re trying to connect the dots. It’s a global community and we want to make sure we have this area plugged into it.”

Bringing ITEN WIRED to life each year is a collaborative feat for the groups that have combined their efforts to build a premier summit for attendees. IT Gulf Coast is a professional association for the IT community in Northwest Florida that facilitates educational seminars, networking socials and other events relevant to local industry members. FloridaWest Economic Development Alliance is an economic development organization with the mission of building, growing and sustaining the economic potential and prosperity of Northwest Florida.

“Greater Pensacola is quickly becoming a nationally recognized hub for Cyber and Information Technology oriented companies, and the ITEN WIRED conference has been a catalyst for this success,” said FloridaWest CEO Scott Luth. “As the economic development agency for the community, FloridaWest has a mission of increasing the wealth and the number of high wage jobs in Escambia County. By growing tech and cyber related industries, we are helping to diversify our economy. As co-organizers of ITEN WIRED, FloridaWest and IT Gulf Coast continue to work with the community to expand the Cyber Coast. The ITEN WIRED annual conference and its quarterly networking events are a key part of our overall economic development strategy.”

Rhodes says the fruits of those combined efforts are worth the work, with this year’s ITEN WIRED summit expected to be bigger and better than the last, connecting people and pushing the local tech sector forward.

“Fortunately, the team that works with me to pull it off every year, we’re actually a pretty close-knit family,” he says. “They believe in it just like I do so it’s really a labor of love for everybody and it’s so great to see it all come together.”

Emily Echevarria is a proposal writer/editor, TRX fitness instructor, and creative based in Pensacola, Fla.