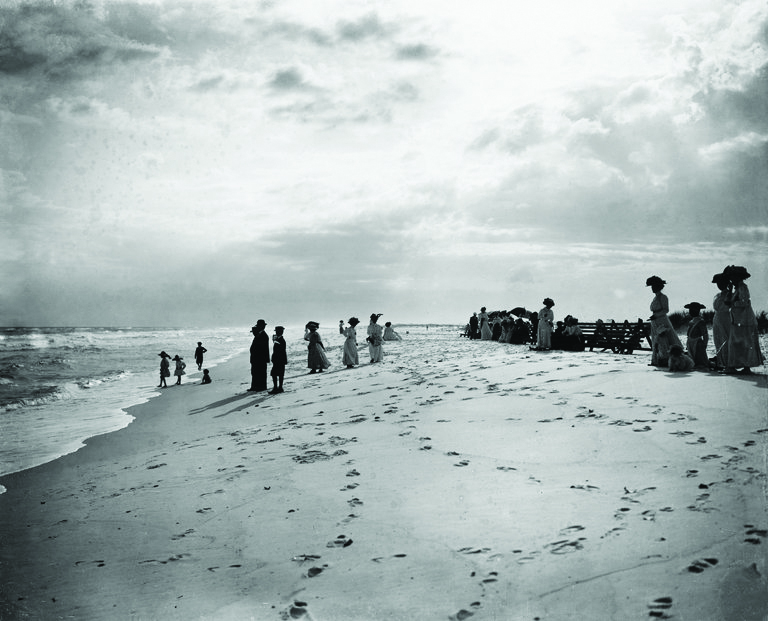 History Professor Jack Davis recently published his long awaited book, “The Gulf: The Making of An American Sea” in March 2017. Davis is a professor of history and sustainability studies at the University of Florida. He has taught for 23 years and currently teaches American Environmental History, the History of Sustainability, History of Water, American by Nature, Baby Boom America, and Florida History.

His 2009 book, “An Everglades Providence: Marjory Stoneman Douglas and the American Environmental Century,” received the gold medal in the nonfiction category of the Florida Book Awards. His recent release, “The Gulf,” is the first comprehensive history of the Gulf of Mexico, a place he persuasively argues is, “excluded from the central narrative of the American experience.”

Davis includes several portions of information on Pensacola in “The Gulf,” and discusses the local waterways, as well as the historical ties to the Gulf of Mexico. He recently visited Pensacola on May 3 to give a lecture at Duh! For Garden and Home. He took questions from the crowd and offered insight into maintaining the salty body of water we often refer to simply as “the beach.”

Business Climate caught up with Davis to discuss questions surrounding the Gulf, the BP Oil spill, and the research findings he unearthed during his book writing process. 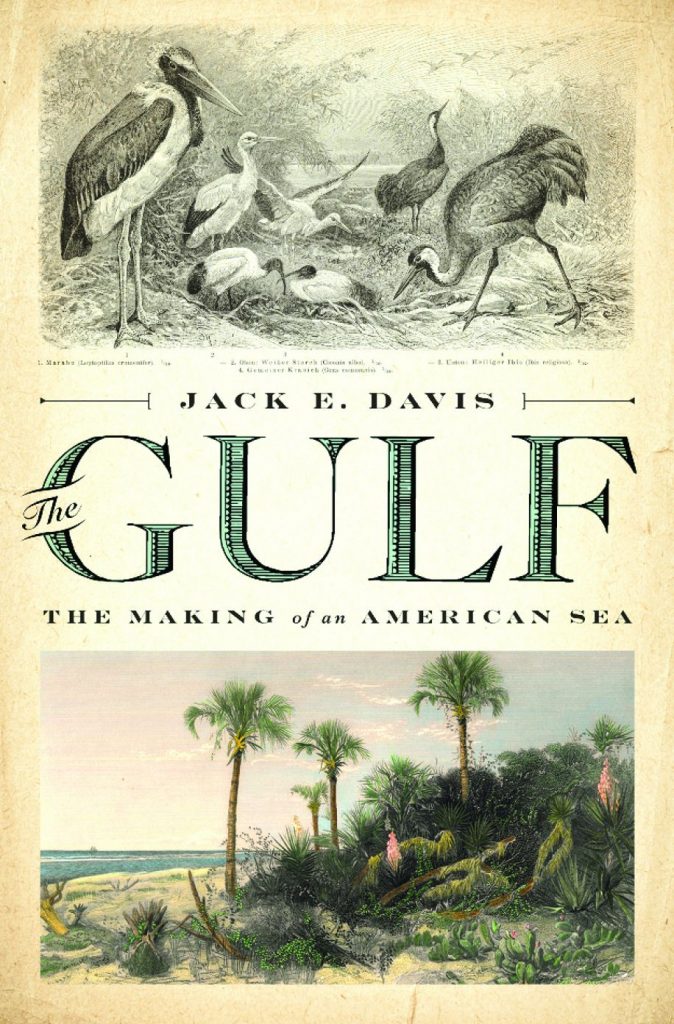 What do you like most about history and learning about the past?

JD: Many historians focus on conflict, but I like discovering connections—between landscapes and time, and people and places and other people. History is also in part a creative pursuit, which does not mean making up history but instead having some latitude in what you research, how you approach that research, and how you present it to your audience, whether a classroom or reader. I write not for other academics but for an intellectually curious general readership.

What inspired you to go on the journey of researching the Gulf of Mexico for this book?

JD: I grew up on the Gulf, first on Santa Rosa Sound in Mary Esther and then in the Tampa Bay area. I saw the conditions of inland waters reach their nadir, and I’ve seen tremendous progress in restoring their health, for the good of us all. Nobody benefits from polluted water. I’ve seen Tampa Bay transformed from a nearly dead body of water, the second-largest estuarine environment on the Gulf, to a thriving one again, and the economy in the Tampa Bay area could not be more robust.

Were you very surprised by your research findings, either happy or troubled? JD: Both. The continual damage we’ve done to one of the richest estuarine environments in the world, knowingly and willingly, I find very disturbing. For example, Pensacola into the 21st century continuously violated the Clean Water Act, which is intended to protect human health, not simply oddball endangered species. But then it stepped up to the plate, cleaned up its wonderful bays (which is not to say problems don’t still exist, in particular in Perdido Bay), and with its modern waste-water treatment facility has become a model for other communities. Look at how alive historic downtown became after the downtown wastewater plant, what I call in the book an “amphitheater of excrement,” was shut down. Everyone is better for it. It’s a success story. In my research, I also came across a lot of good-minded people who care about the Gulf and its inland waters because they care about the quality of life. Some of my biggest heroes live the in Escambia County: Charles Lowery, J.D. Brown, Ernie Rivers, Jackie Lane, and Linda Young. Some detractors see them as extremists, even terrorists, modern-day communists, but you can’t get any more red-white-and-blue than Lowery, Brown, and Rivers, and all care very much about people and public health. 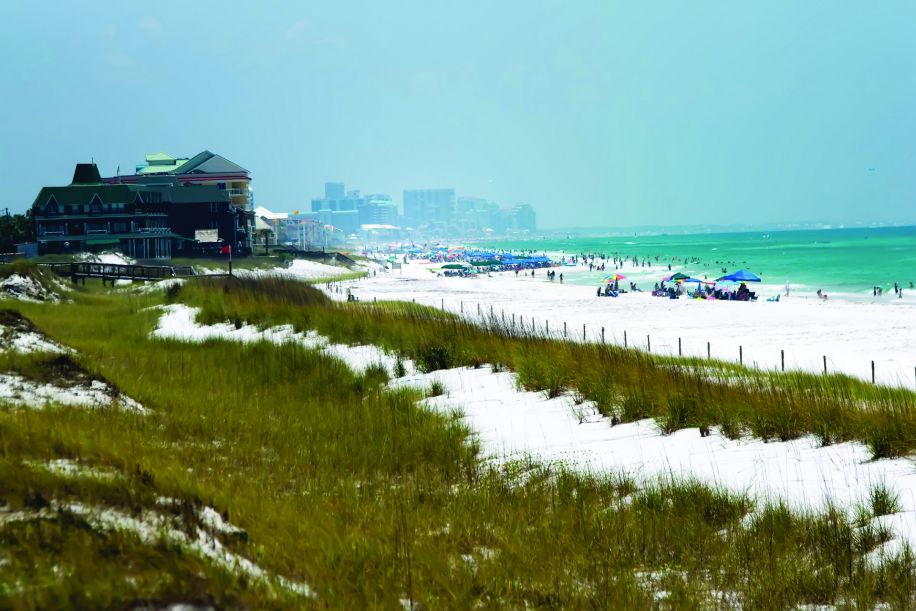 We’ve continued an unfortunate legacy of abusing the Gulf of Mexico. What can we do moving forward to maintain the health of the Gulf?

JD: It doesn’t require much: respect for what makes the Gulf a living and giving sea, that which has enriched our lives—its estuaries, rivers, natural coastline, and diversity of life, including us.

What is the general concern or vibe from the beach communities you’ve visited? Are people hopeful, are they scared, are they empowered to enact change?

JD: I think it’s a mixed bag. Historical memory is not a strong suit of Americans, and especially Floridians who have not lived in the state for very long. The baseline for what we had before or what the health of natural endowments once were is constantly shifting as a result. For example, some communities are spending their BP money in what I see as frivolous ways, ways completely unrelated to protecting clean water (St. Petersburg has proposed spending BP money on a ferry service across Tampa Bay rather than improving its overtaxed wastewater system, which has been dumping raw sewage into the bay the past year). Some communities are being smart and investing in marine-environment restoration or thinking about the challenges of sea-level rise.

Specifically, what was the mood like in Pensacola for your lecture? Tell me about some of the interactions you had while you were here.

JD: Wonderful. People are eager to learn about the Gulf beyond the BP spill, to know its rich history. Pensacola is one of my favorite Gulf cities. I think it has been smart about preserving its walkable, waterfront downtown and its historic neighborhoods. Both enhance a sense of place and charm. The mood is generally good, which is not to say without disappointment. The people of Pensacola I know best are those who have worked hard to clean up the bays. As mentioned Perdido still has some progress to make, and attempts to regrow seagrass in Escambia Bay have been mostly unsuccessful, likely because of residual pollution on the floor of the bay. But when you think of how far Pensacola has come since the record fish kills of the 1970s, people have a lot to be proud of.

JD: The jury is still out on the extended damage of the BP spill. I devote little attention to the spill in my book because others have written about it fairly extensively and we are still unsure of the long-term impact. But a principal reason for my writing the book was because I believed the oil spill had robbed this wonderful sea of its true identity. I wanted to restore that identity, to show Americans what we have in their backyard, that the Gulf is much more than an oil dump.

Christian Wagley, one of our great local environmental crusaders, told me you spoke on the overdevelopment of Destin, which can be seen in some ways as a cautionary tale for other beachfront communities on the Gulf Coast. Do you think Pensacola, or Pensacola Beach is in danger of this same type of overdevelopment? What are some steps we can take to ensure that doesn’t happen?

JD: Look to communities such as Sanibel and Seaside, Florida, that have integrated development with the natural surroundings, that ensure those natural endowments that originally attracted people and that are indicators of a healthy environment for humans. Live within the ecological means of a place. The return on investment in growth can turn on itself at a point. The economy of scale is not infinite. Growth can backfire. Live also within the capacity of the infrastructure. Don’t grow beyond what the roads and, utilities, and waste-water treatment can handle. Don’t be afraid of conservation as a solution, as in sustaining water resources. Conservation is not a communist or terrorist plot; it’s not some evil liberal agenda. It is wise living. It’s not a job killer. San Antonio, Texas, one of the most charming cities in the country, and economically thriving, has among the lowest per-capita water consumption in the U.S. because of conservation measure, and it’s a point of pride among the locals. Florida actually has a model growth-management plan that originated during the gubernatorial administration of Reubin Askew, a Pensacolian. The problem is that the state has ignored them the past few decades.

You’ve written about fertilizer runoff being among the biggest threats to life in the Gulf—is that an issue all throughout various shorelines or is it particularly bad in specific areas? What can we do to minimize this damage or prevent it from happening at all?

JD:Yes, fertilizer use, both commercial and residential, is a major problem around the Gulf, and much of it originates from faraway places and washes down on rivers, streams, and over land. Agriculture can incorporate best-management practices many states and the federal government recommend; think more about runoff and discharge as well as water and fertilizer use; and individuals can rethink the aesthetic of a traditional green turf-grass lawn and go with native vegetation that requires little water and no fertilizer. Seaside requires native landscaping, and it’s hard to find stronger property values in Florida. I have a native yard mainly of saw palmettos and coontie, and people come knock on my door to give compliments and ask advice. And here’s the bonus: very little maintenance and no watering or fertilizing. What a bundle I save on lawn care. There is nothing magical or imperative about a traditional lawn. Landscaping is a matter of taste, which we can change much in the way we develop a taste for a particular kind of food or drink. Not only does native landscaping help protect our estuaries, cradles of so much life that supports us, but we reduce our demand on the Floridan aquifer.

You detailed several happy stories in your book, specifically one about Tampa Bay and the bird species that returned to healthy numbers—do you believe we have many more positive stories on the rise, as far as the Gulf is concerned?

JD: I really think Pensacola is on the way to becoming a happy success story. If you can get things fixed in Perdido Bay, curtail the marine-life die-offs, and get seagrass growing again in Escambia, who could not be happy with that? I think the east end of Santa Rosa Sound remains a stunning place. Fort Walton Beach has resisted the Destin model. Where do you find more stunning dunes than on Santa Rosa Island? Padre Island in Texas is an otherworldly place with its own dunes, smaller than Santa Rosa Islands and grassier. If Padre’s national seashore doesn’t move you, you don’t have a pulse. I end the book with the story of Cedar Key because I think it’s a model community that embraced environmental protection, clean water, and a living coastline (as opposed to concreted and dredged) as part of a strategy to revive the local economy after the gill-net ban. It’s also a politically conservative place. 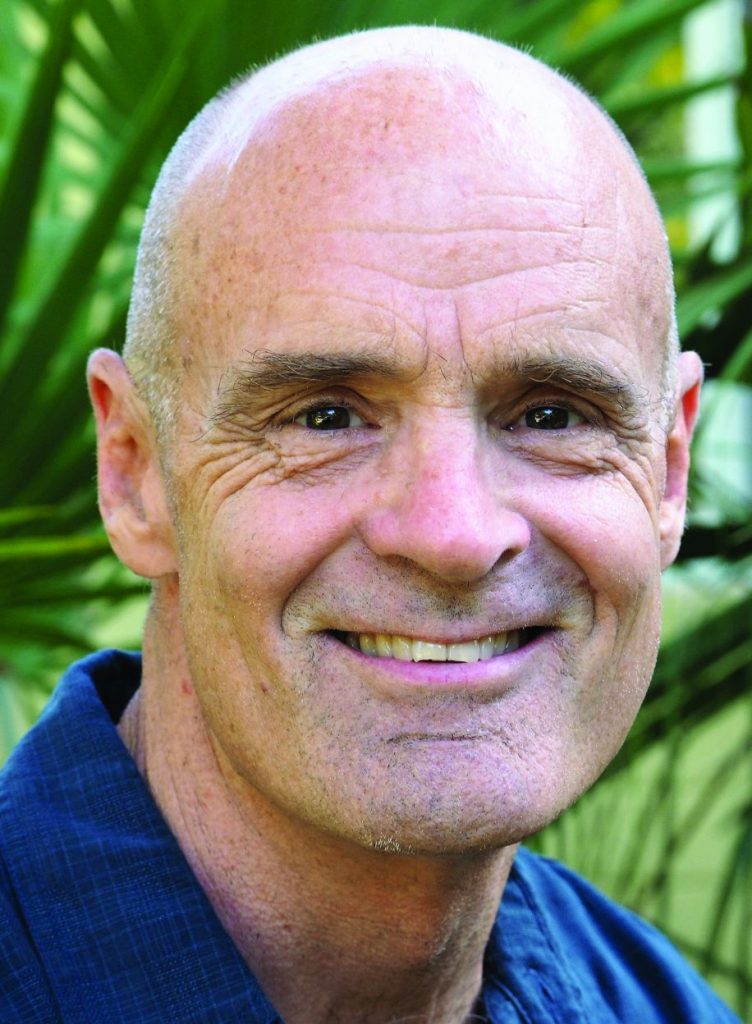