By now, you’ve certainly heard about the hidden, painted rock craze making it’s way through Pensacola—perhaps you’ve even found or created a few masterpieces yourself. The local trend started roughly nine months ago, when Susan Žampachová started a Facebook group called Pensacola Rocks. The name isn’t referring to rock music or how amazing the city of Pensacola is– but is a reference to actual small, palm-sized painted rocks, which are hidden, found and traded throughout town.

“My daughter, Mary Burris, moved from Pensacola to Vancouver, Washington,” Žampachová said. “She discovered a group there called ‘Vancouver Rocks’ and told me all about it.”

The popular Vancouver group has over 35,000 members who paint ordinary, pocket-sized rocks, only to hide them in specific locations around town and wait for someone to find the rock. Group members share pictures of the found and newly hidden rocks in the online Facebook group forum, and give clues to where their next painted rocks will be stashed. It’s sort of a scavenger hunt with online clues and friends to offer tips or hints.

Žampachová’s daughter added her to the group, and she found herself enjoying the frequent pictures of the lost and found rocks, along with the sense of community, happiness and social exchange between members. 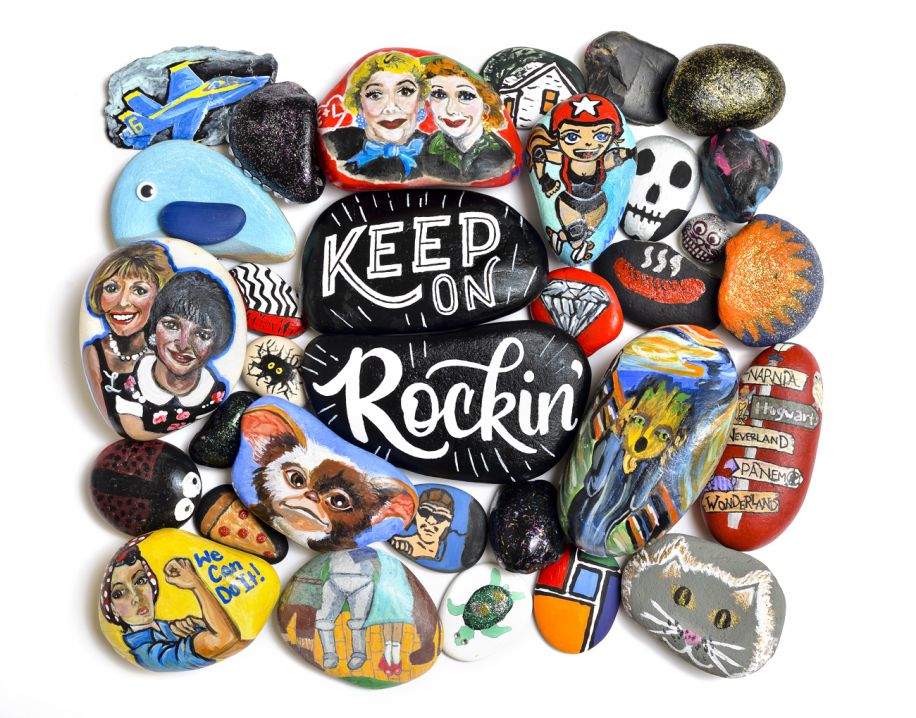 “I told my daughter, ‘I wish we had something like that here,” Žampachová said. “’She said, Mom, you should start a group of your own—and I did!”

She got on Facebook and quickly created the public group, Pensacola Rocks. Žampachová went through her entire friends list, adding everyone local to the group, which amounted to about 250 people.

The Facebook page explains the group as a way to spread joy and brighten people’s day throughout Escambia County. The group, billed as a community-building effort, is meant to inspire creativity in all ages and energize people to explore beautiful Pensacola. Other rock groups have popped up all across the country, and stem from a similar project that began in England several years ago, called the Kindness Rock Project.

Some friends didn’t understand the group, or asked why they’d been added, but Žampachová was quick to explain the concept and to ask everyone to add their friends. Meanwhile, Žampachová was painting rocks to hide. Weeks after the group was created, a woman named Cyndi Goforth came along. 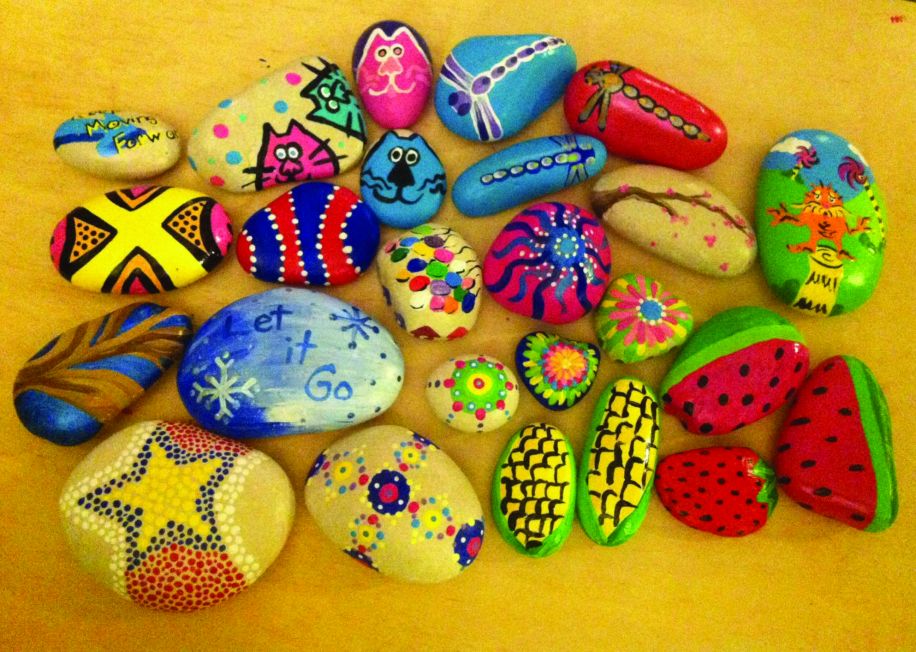 “Goforth found our group and was so excited,” Žampachová said. “She had already been involved in the Lakeland Rocks Group. We got together and she showed me how to get it going. We painted more and more rocks, and then placed them downtown.”

The idea slowly started to catch on, and by April, WEAR featured a short clip on the group. The group had 1,000 members in April and is now nearing close to 17,000 members. Every day, hundreds of people continue to upload pictures of their colorful hidden or recently found rocks to the group—many painted like flowers, butterflies, cards, famous pieces of artwork, solid colors, or familiar faces.

“It’s amazing how quickly it’s picked up!” Žampachová said. “I don’t have much time lately to paint, due to work and school, but I do host painting parties once a month or so.”

She hasn’t found more than a few rocks, because she prefers the painting and hiding side of things. Sometimes she even paints a group of rocks, and gives them to other members to hide on their own. Many group members prefer to hunt down the painted pebbles instead of decorating one themselves, so the painting-and-hiding to finding ratio has aligned to a happy middle ground. There are always enough rocks to go around, and more are being painted and hidden every day. 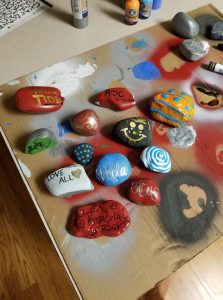 “We all play a part in the whole scheme of things,” Žampachová said. “Anyone can join. They can paint, hide or hunt for them, however you choose.”

Another fun element of the group is the social media side. After painting or finding a rock, many members upload a picture of the rock to the group, letting other members know if one was found and where they’re miniature masterpiece has ended up.

Žampachová often hosts painting parties for the group in local parks or cafes and encourages anyone who’s interested to come out, grab a rock and paintbrush, and join in on the fun.

For more information on painting parties, or to find clues to where rocks are hidden, join the Pensacola Rocks Facebook group and follow the alerts. 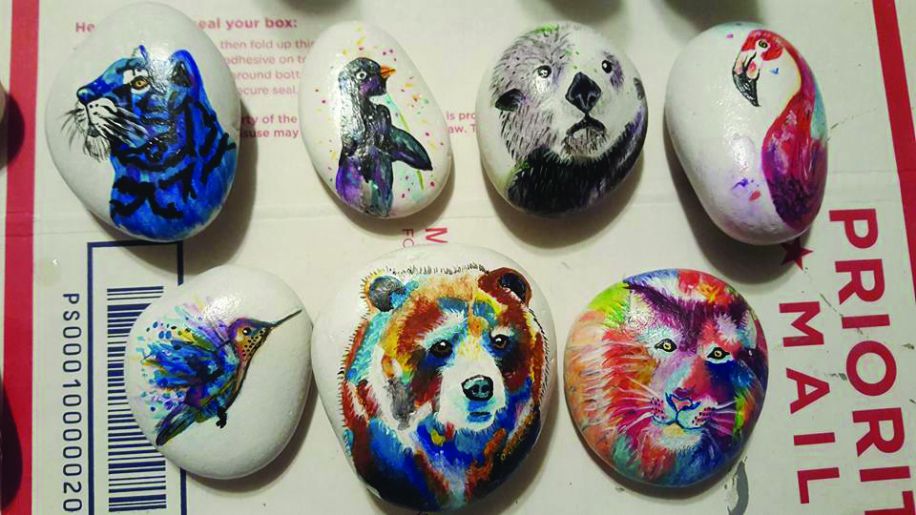