What I got from the preview: In one of the most unnerving, effective trailers I’ve ever seen, a girl is hunkered down in a stranger’s basement, hiding from unseen forces that supposedly plague the outside world. Soon, the background noise of Tiffany’s “I Think We’re Alone Now” slows to a terrifying crawl, as someone or something infiltrates the shelter and turns this once happy team of refugees against each other. Seriously, this is how trailers should be done. They should tease, not titilate.

Most notable for: JJ Abrams’ company Bad Robot is notorious for guerilla marketing its products. This film, a spiritual sequel to the criminally under-appreciated Cloverfield, is no exception in either its marketing or conceptual brilliance.

Unqualified critical observation: A fan of all things Abrams, I am unbelievably excited for this bottle episode of a movie that uses atmosphere and character to instill tension, rather than cheap jump scares. The first movie remains one of the most original takes on the alien-horror genre, and my hopes are high that this iteration continues that trend. The cast is fantastic, the cinematography is beautiful, and it has forever changed how I think about “I Think We’re Alone Now.” That song is Overly Attached Girlfriend brought to life. 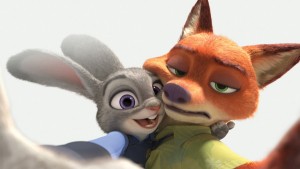 What I got from the preview: In a world identical to ours but with anthropomorphic animals, a rookie cop of a bunny must team up with a wise-cracking fox to uncover a conspiracy and discover that their shortcomings are just misguided strengths, something I keep telling my wife about my own flaws. With lots of observational humor that reflects the real world (sloths work at the DMV), this move’s charm promises to be broad and contagious.

Most notable for: Family movies featuring talking animals are nothing new, and neither is the story, but the level of detailed animation is something usually reserved for top-shelf Pixar features.

Unqualified critical observation: I’d be thoroughly excited for this if I had kids, eager to catch jokes that would go over their head but still enjoy life lessons from which we could both learn. But I don’t have kids, and this isn’t Pixar, so I probably won’t be giving Disney any money this month. To be fair, they got a lot of it in December for The Force Awakens, so I’ll think they’ll be okay. 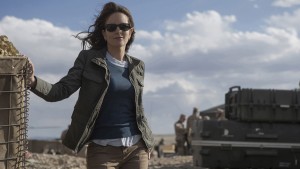 What I got from the preview: The ever-wonderful Tina Fey plays a female journalist who experiences culture shock when she travels to Afghanistan to report on the ongoing war. While there, she meets with other journalists, forges relationships, argues about ethics, is called a whore for not aligning with Muslim standards of dress, and yet displays a general effusiveness about it all, as only Fey can.

Most notable for: After years of movies that were delightful but ultimately just two-hour SNL sketches, Fey is finally getting a chance to prove her dramatic worth with this chewy role that makes as many easy jokes about fish out of water as it does biting statements about culture and news.

Unqualified critical observation: With Fey, Robbie and Freeman in tow, it’s almost as if the film-makers gathered together the most likable people they could find to tell a light-hearted story about a serious subject. If the movie is anything like what the previews make it out to be, it’ll be an enjoyable, casual, though ultimately forgettable affair. And there’s nothing wrong with that.

What I got from the preview: In what appears to be a wholly original, simultaneously inspiring and disturbing film, a father and his son go on the run after the US military discovers that the child has secret powers, capable of leveling homes, overturning cars, manipulating the weather and more.

Most notable for: This may sound like a cheesy, completely uninteresting concept, but director Jeff Nichols (Take Shelter, Mud) is known for taking the trite and making it into a fascinating and blistering account of the human condition. He’s becoming known as the little indie director that could, and this film looks to further cement that status.

Unqualified critical observation: Almost my pick of the month, this movie is looks to be so much more than the sum of its parts. Part father-son adventure, part indictment of military powers, part fantasy, the trailer plays like the titular event—urgent, uncomfortable, can’t-ignore film-making. 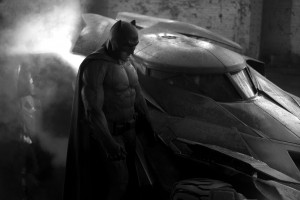 What I got from the preview: Revered as a god but feared as a devil, Superman suffers the consequences of his morally grey actions when he becomes subject to an amalgamated backlash from society. Fearing Superman’s powers have gone too long unchecked, an aging Batman emerges to take him on. Amidst their conflict, though, Lex Luthor creates Doomsday. Putting their differences aside and aligning with Wonder Woman because they have to jumpstart the DC cinematic universe, the team bands together to save Metropolis.

Most notable for: Well, nerds, it finally got made. Be careful what you wish for, as the once-decent Zack Snyder (Watchmen, 300) is piloting this $400 million train to celluloid hell.

Unqualified critical observation: All style with very little substance, there’s no way this movie can live up to Christopher Nolan’s Dark Knight trilogy. The fact that it’s being released so soon after those landmark films does not bode well for the second entry in this struggling new franchise.