For the last seven years, the Pensacola Comic Convention: Pensacon has been uniting self-proclaimed nerds and Sci-fi geeks across the Pensacola region while boosting tourism and the local economy. In 2019 alone, the convention had a direct economic impact of 3.7 million with 33,000 guests in attendance. However, for the founder and CEO Mike Ensley, Pensacon has been a labor of love, as he has been the sole investor of Pensacon for the last four years. At the conclusion of the 2020 convention on March 1, the Merrill brothers announced that they would be investing in Pensacon and becoming part owners alongside Ensley.

Collier, Will and Burney Merrill together own and operate Merrill Land Company and Great Southern Restaurants. For the last six years, the Merrill brothers have decorated their restaurants to partake in the Pensacon events. The Fish House, Deck Bar and Atlas Oyster House are known far and wide for their lavish decorations from smoky potion drinks to genuine, life-size movie props.

While Collier Merrill admits to not being a big Sci-fi geek, he explained that his brother Burney has been collecting movie props and Sci-fi memorabilia for decades. The brothers even curated the collection of more than 1,000 artifacts from movies and television in the T.T. Wentworth exhibit: “Space Oddities: Selections From the Merrill Movie Museum.” The collection features pre-production concept art and post-production props used in movie films like Men in Black, The Hitchhiker’s Guide to the Galaxy, Battlestar Galactica and many more. 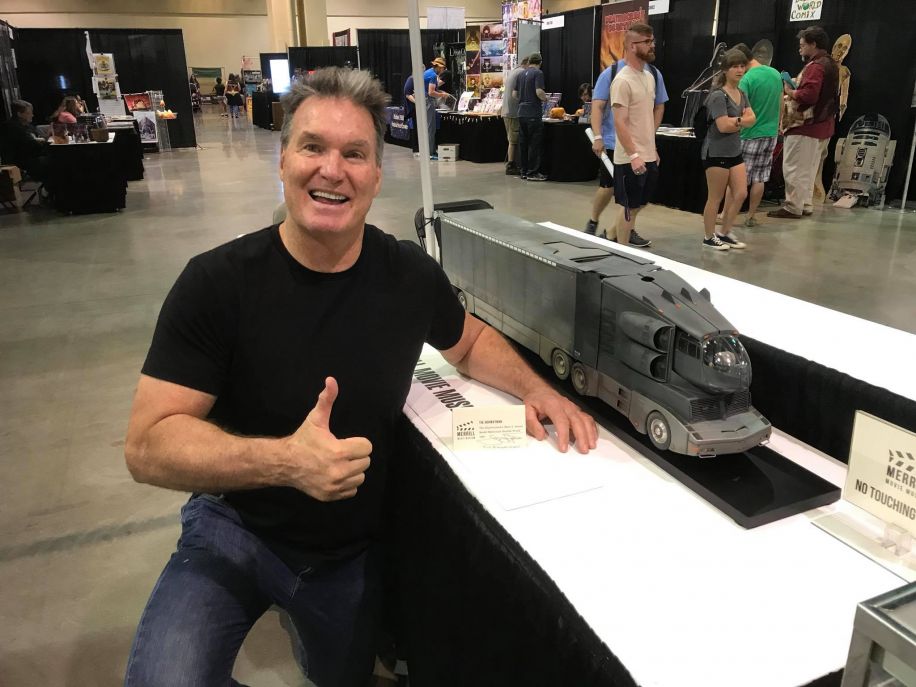 Julio Diaz, the Pensacon marketing and media director, was actually the curator and puppeteer behind gathering the artifacts for the museum exhibit. The Merrill brothers hired him in January 2018 to gather pieces of the collection purchased from various auction houses, prop houses and private collectors.

“Burney still gets mad at me because I get Star Wars and Star Trek confused—he’s the Sci-fi guy, not me,” said Collier. “Burney started talking to Julio and showing him some of his props, and Julio really took to it. He did a really fantastic job collecting all of the stuff Burney had acquired from Tampa, California—all over. He even drove to Tampa to bring back a life size Gremlins prop and drove the whole way back with this little green creature strapped into his front seat.”

While the Merrill brothers have been decorating the restaurants for years and showcasing movie props, the decision to invest in the convention, as Collier explained, came from a place of not wanting to see a Pensacola staple shut down.

“The convention is unique, and there is a great demand for having it downtown. Gallery Night always centers around it, hotels fill up, restaurants and bars tap into it—it’s just a great shoulder-season event that benefits so many industries,” said Collier. “It’s exciting, and to me, it’s just another amenity that Pensacola has, like the Blue Wahoos or the opera and symphony— whether you go to them or not— they bring people in and benefit the culture.” 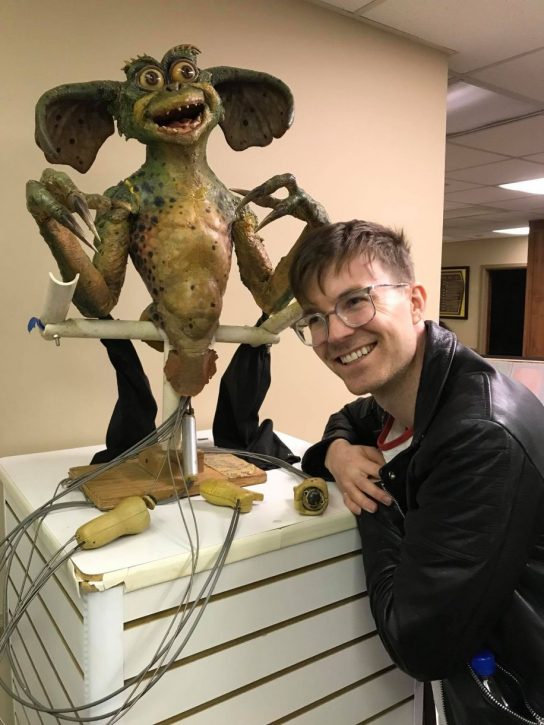 The Merrill brothers hope to alleviate some financial burden of the convention and hopefully give it room to grow. Additionally, the Pensacon headquarter offices are now located in the Seville Tower owned by the Merrill Land Company.

When asked about the prospects of developing a multiuse arena or a larger convention center, Collier explained that they’re working with what they’ve got first.

“The convention has more room to grow. People talk about moving the convention somewhere else, and honestly, that’s the last thing I want to do,” said Collier. “The Bay Center has good bones, and with a little bit of money, it could be fixed up. You know, some people say it should be knocked down, but I just don’t think that’s necessary.”

One frequently discussed idea, after talking to the Florida Department of Transportation, is shutting down the interstate exit ramp behind the Bay Center so that the back-parking lot could be flattened out and the rear entrance could be made as easily accessible as the front entrance. That renovation could fix an accessibility issue, create a larger parking lot and give the convention more outdoor space to work with.

However, while Pensacon continues to push the Bay Center to its max capacity of 12,000 people inside, the convention is also utilizing as many smaller venues around the city as possible with shuttles transporting guests around downtown Pensacola. The venues include the Saenger Theatre, the Rex Theatre, Pensacola Little Theatre, the Pensacola Grand Hotel and the UWF Historic Trust buildings downtown.

As the partnership between the Merrill brothers and Mike Ensley grows, Pensacon is bound to undergo some modifications and expansions. Pensacon 2021 is set for Feb. 26-28 with VIP tickets on sale and guest announcements already being made, including a “Back To The Future” reunion.