With its warm weather, plentiful rain, and moist soil, the Pandhandle of Florida makes for a great place to tend a garden. Colorful blooms, fruit, citrus trees, vegetables, lush greenery— just about anything can thrive here with the right knowledge and attention. With the more than favorable climate, it’s no surprise that Pensacola is home to more than 35 separate garden clubs and circles. These groups allow people to share their tips, trade seeds, and meet other like-minded “green thumbs” who enjoy playing in the dirt whenever they can. We profiled four of these clubs and took a look at their strong historical roots in the community. 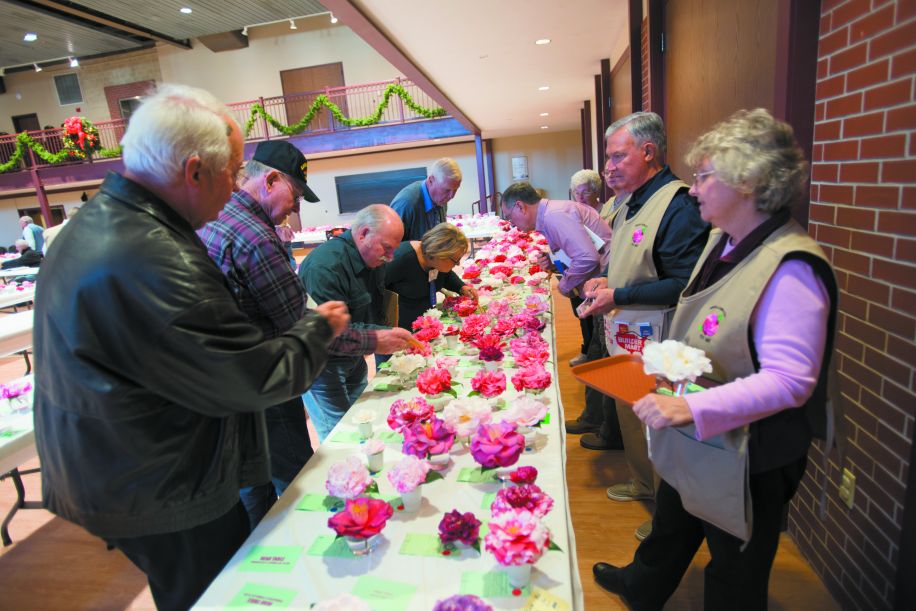 Pensacola Camellia Club- Established in 1937, the Camellia Club is one of the oldest known garden clubs in Pensacola. A group of men who were interested in camellias met at the home of John Sherrill.  They decided to form a group, which became The Pensacola Men’s Camellia Club.

“The object of the club was simply to encourage the growing of camellias and to spread information regarding their culture and their care,” said longtime club member Norman Vickers.

The club is the oldest recorded Camellia club in America and even predates the American Camellia Society, which was organized in 1945. The club began hosting annual camellia bloom shows in 1938. The first camellia, originated by a Pensacola Men’s Camellia Club member, G. H. Wilkinson, Sr., to be registered with the American Camellia Society was called the ‘Elizabeth Le Bey’ in 1949.  The club was incorporated as a Florida not-for-profit organization in 1950.

In January 1975, the Club hosted the International Convocation in conjunction with the National American Camellia Society (ACS) Convention. This International meeting and show attracted participants from around the world.  Forty-four attendees came from Australia and New Zealand. The official show report showed a total of 250 growers exhibited 4,000 blooms with 10,000 visitors viewing the exhibits.

In April of 1999, the UWF College of Professional Studies received 21 camellia plants.  The plants were a gift from Ed and Babs Alsip, Pensacola residents for 20 years. Since that date, additional plants have been added to that collection and the garden has grown tremendously.

The club hosts a free annual camellia show and plant sale on the second weekend in December. Participants from at least five states enter over 1,000 blooms in what is considered to be one of the top shows in the southeast. Norman has been a member of the Camellia Club since 2001, and says the club has been a joy to be a part of.

“When I retired in 2001, then I had time to get active with the Camellia Club– it’s been a wonderful social outlet,” Vickers said. “Club members are community activists and it has been a joy for me to be associated.  I was club secretary for about 10 years.  Now, they have let me step back and I continue to do publicity for the club and I get to share some of my photos. I can truly say that camellias and my camellia-friends have enriched my life.” 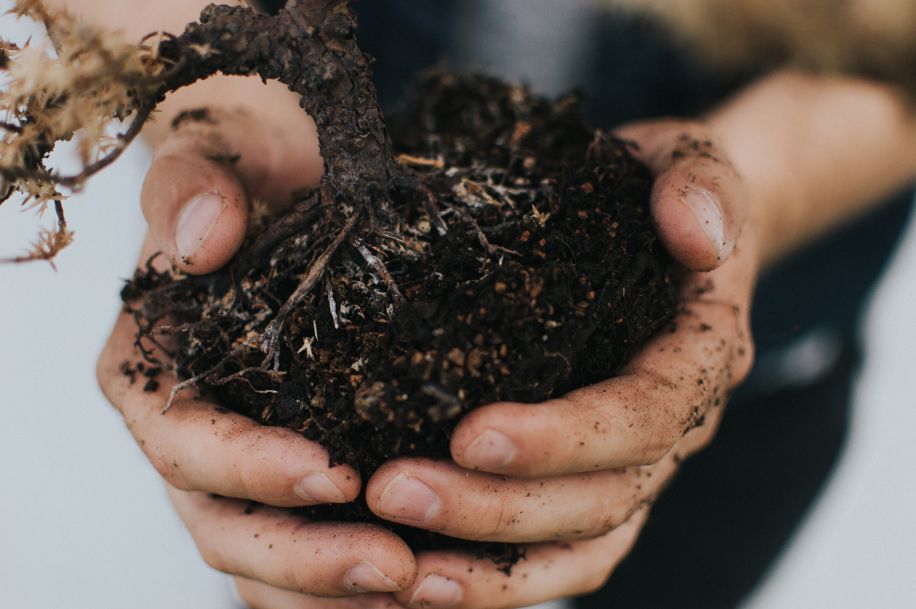 In the early 70s, the Garden Club Center on N. Ninth Avenue was completed and garden clubs and circles began hosting their meetings and events inside the building. The Federation of Garden Clubs currently has 13 affiliate clubs and a variety of garden circles that are part of the federation.

The Federation now offers an educational series every February, which brings in speakers from around the region, and offers a light lunch and small breakout workshops throughout the course of the day.

“You might learn how to plant daffodils in one breakout session, and in the other, you might learn how to make a water garden, or how to grow succulents,” said co-president of the Federation, Lynn Manthei. “ In March we have the original tour of tables with centerpieces and then we also do our very popular secret garden tour in May.”

In 2000, the very popular Secret Gardens of the Emerald Coast presented 12 gardens to the public. This remains a very important fundraiser and educational activity for their outreach to the public.

After 84 years the Federation is 13 circles strong with approximately 300 members. 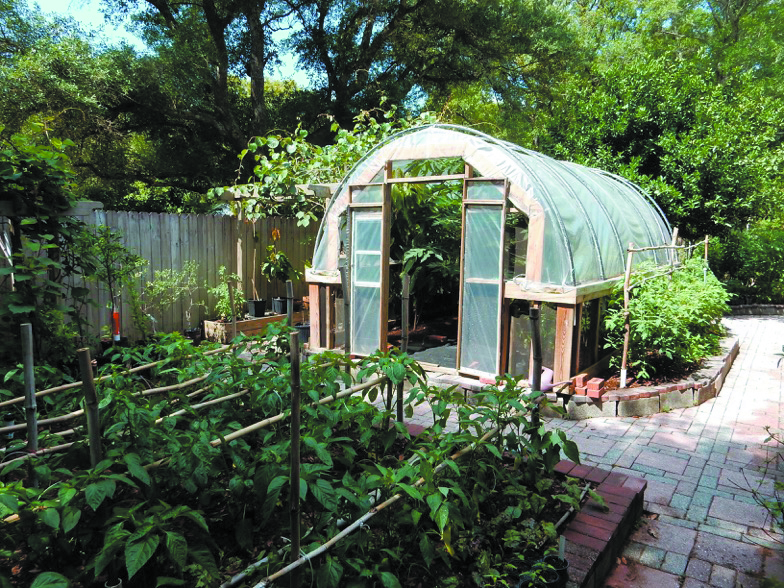 Club president George Shelton noted Pensacola is on the edges of both sub-tropical and temperate, and because of that the Pensacola Organic Gardeners organization seeks to identify varieties of edibles that are most productive and resilient in our harsh coastal climate.

The club takes pride in having members that are experimenting with various gardening methods, who are always happy to share their latest findings during the monthly information exchanges and focus presentations. In the early 70s, the club membership fluctuated from roughly 15-20 people, and now has over 100 members. The members meet once a month from January through November, and then in December, they hold a Christmas function. Each meeting offers a presentation or lecture.

“Last month was pruning and grafting, container gardens and seed starting,” Shelton said. “In April we have a plant swap, and in May we do a garden tour. August is our seed swap, and then a larger garden tour in October— which is usually five or six fruit and vegetables gardens across Pensacola.”

Shelton first joined the club in 1998, and is eager to share his gardening experience with people.

“This is quite a unique place to grow things– and you can grow almost anything– star fruit, papayas, even coffee trees, if you just have the right information,” he said. 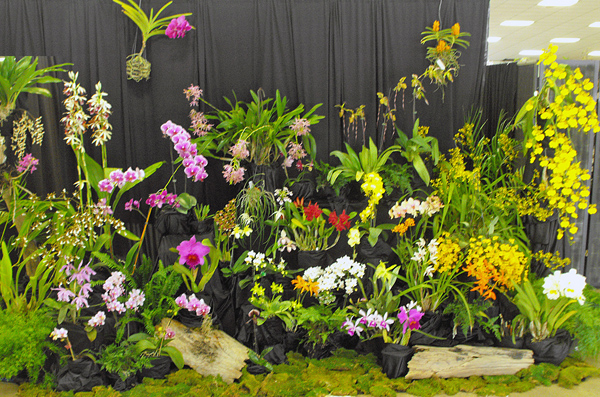 The Pensacola Orchid Society was founded on the basic principles of forming a fellowship of orchid growers within Northwest Florida and Southwest Alabama, where orchid enthusiasts can meet to share their excitement and knowledge, assist one another with orchid culture, and learn from invited experts.

“The mission of the Society is to encourage the study, development, improvement and preservation of all plants and their cultures, especially orchids,” said past president and current Orchid Society member, Jim Saxton.”

The Society maintains and provides a library of books and periodicals on the subject of orchids for the use of the members, and also keeps records of experiments for the benefit of the members, and encourages the exchange of technical information and ideas among both amateur and commercial growers and fanciers.

The Society meets on the first Tuesday of every month at 7 pm. Meetings typically include guest speakers, demonstrations, show-and-tell sessions, and plant swap tables. Monthly news bulletins give members plant tips and a listing of many regional orchid shows.

Saxton noted the Society offers a setting where orchid growers can meet to share their enthusiasm and knowledge, assist one another with orchid culture, and learn from invited experts. In addition to the monthly meetings, they also hold an annual orchid auction each summer.

While many may think orchids can be hard to maintain, Saxton assures the process can be easy– if you have the right information.

“Orchids are very easy to grow and rebloom if you know their culture,” he said.

“Some like direct sun, others total shade.  Some like a lots of water, others do not.  Some like air movement, others don’t.  Some likes to be potted, others want their roots exposed to the air. Needless to say, you first have to know the type of orchid you are trying to grow. “

He noted not every orchid sold in the stores are suited for the Pensacola area and can quickly die.

Saxton encouraged anyone interested in orchids to come to a meeting, with a picture of their plant or the kind they’d like to grow, and the members would be happy to help you understand the orchid and the needed culture.