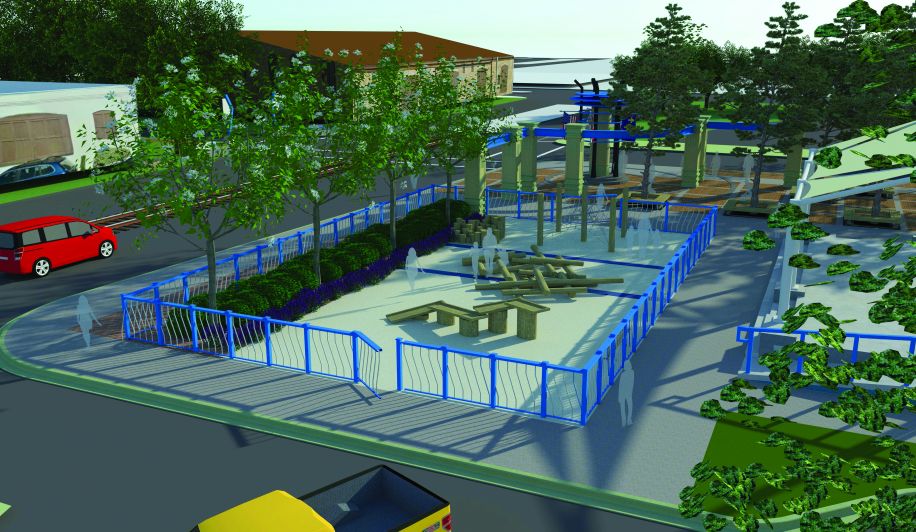 More than 250 years ago, Spanish forces built a series of structures in downtown Pensacola behind the present day T.T. Wentworth Museum.

When the British took control of Pensacola in 1763, they expanded the site to serve as the headquarters for their commanding officer. When the Spanish took it back, they made it their military administrative center.

When Andrew Jackson took control of Florida in 1821, he did it from the site.

Today, the University of West Florida is nearing realization of a vision to transform the site into an educational plaza linking Palafox Street with Historic Pensacola.

The project is part of the UWF Historic Trust’s Interpretative Master Plan, which was announced in Fall 2015.

Remnants of the old buildings, including a foundation and remains of a brick oven, can still be seen at the site. The Historic Trust has already completed installation of the main exhibit, called the Commanding Officer’s Compound, including large informational panels and ground markings that outline different parts of the old structure and depict which portions were built by Spanish, British and American forces.

The rose garden and storytelling circle are being funded by a $107,000 grant from IMPACT 100 Pensacola. The garden is being installed where historic maps of the British fort show a garden used to be.

Robert Overton, president of the Historic Trust, said the new plaza is about linking the past with the present.

“This gives us a place to help better interpret the archeological resources that are at our feet and relate them to what’s around us,” Overton said.

The Historic Trust manages many historic properties throughout downtown Pensacola, including the T.T. Wentworth Museum, Historic Village and Barkley House.

“This adds another green space between Plaza Ferdinand and Seville Square and it will more tightly marry the Wentworth, the Children’s Museum and Museum of Commerce with the rest of our operation in Historic Pensacola,” Overton said. 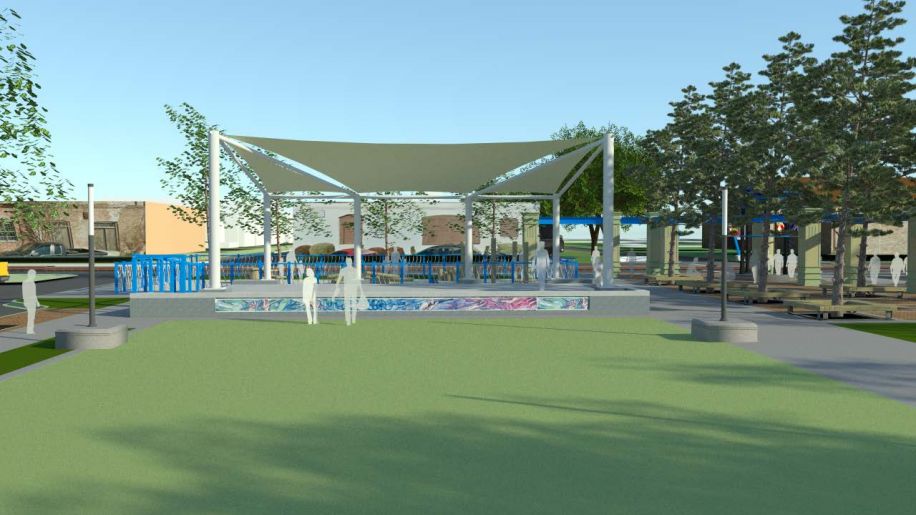 The early learning playground will be themed around the lumber and shipping industries that were the driving force of Pensacola’s early development. Funding the playground aligns with the Studer Community Institute’s mission of making Pensacola the nation’s first Early Learning City. The Historic Trust held a naming contest for the new playground, though the winning name has not yet been announced.

The site will also feature an education pavilion capable of seating up to 300 people, which will be available to local teachers and school children as an outdoor classroom.

Already, the site has served as an outdoor exhibition for local art. The outdoor murals created as part of the CUBED project during Foo Foo Fest in 2017 have since been housed on Museum Plaza’s lawn. Overton said he foresees the lawn becoming a regular exhibition space for other large-scale art installations.

Overton said he hopes to see final construction of the playground and rose garden completed by June.