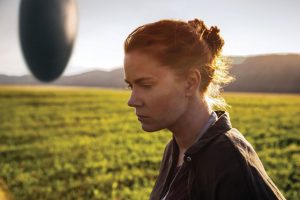 What I got from the preview: A renowned linguist is recruited by the military to help translate messages broadcast to UFOs throughout the world. She enters the objects once every 18 hours, attempting to build a relationship and understand their communications, even as more ships appear throughout the world and other countries threaten to destroy these possibly peaceful intruders. With calm, assured acting and a story that makes you appreciate the finer nuances of language and communication, this movie is not your typical sci-fi alien thriller.

Most notable for: Denis Villeneuve (Sicario, Prisoners) has made a name for himself as a contemplative filmmaker who makes movies about complex subjects in a manner that appeals to the masses. This is his most ambitious and tricky project to date.

Unqualified critical observation: With a plot that sounds like a 21st century Contact and one of the most giftedly subtle actresses of her generation, I think Arrival will be the thinking man’s alien movie we’ve all been waiting for. With just enough emotional resonance to hit home but not bury us in schmaltz–and adequate philosophical and technological   themes to perplex and inspire–I really am putting all my eggs in this basket. 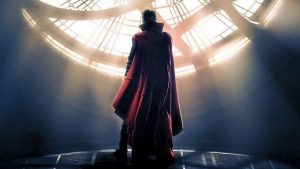 What I got from the preview: Tell me if you’ve heard this one before. A young, good-looking narcissist who happens to be incredibly talented in a particular industry has a near-death experience that causes him to use his talents for good even as evil forces attempt to foil his redemption. Throw in some Inception, and you have the essence of Stephen Strange, M.D.

Most notable for: Yet another entry into the growing catalogue of the Marvel Cinematic Universe, Doctor Strange advertises itself as a slight departure from the comic book themes we’re accustomed to. To their credit, Doctor Strange is what you might consider B-grade Marvel, but so was Ant-Man.

Unqualified critical observation: Personally, I find Marvel’s stories and narrative arches tired, overdone, lacking inspiration and wholly predictable. Through it all, though, I have to give them props for being entertaining and deftly weaving together individual stories into a larger cinematic canvas. It’s fast food cinema, not that there’s anything wrong with that, but I would hope for more from both the fall movie season and one of the most profitable studios on the planet. 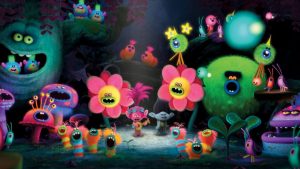 What I got from the preview: In this vividly animated musical adventure, an eternally happy troll and her joyless companion set out on an adventure narrated by mashed-up pop songs to return security and glee to their threatened community. As they endure trials and tribulations while exploring their great, big world, they sing both to process their setbacks and escape them. I’ll admit the color-vomit palate and tie-dyed hair is a bit distracting, but underneath it all, I believe lies a story that will be truly moving.

Most notable for: Is this movie seriously not out yet? It seems I’ve heard the promotional song, Can’t Stop the Feeling, for months now. But seriously, Dreamworks is great at nothing if not broad animated comedies featuring a hugely talented and diverse cast.

Unqualified critical observation: At first you may think this is simply a knockoff of Happy Feet, and you’d probably be forgiven for thinking that. There are a lot of similar themes and methods, but the cast’s voices are just as infectious as their human counterparts, and in a season full of serious dramas, this might be a nice interlude from the other Oscar bait.

FANTASTIC BEASTS AND WHERE TO FIND THEM

What I got from the preview: Let’s go back, not just to JK Rowling’s Wizarding World, but back in time to seven decades before Harry Potter and his friends defeated Voldemort. A young writer named Newt Scamander travels to New York, but soon his magical beasts are uncaged from his briefcase and wreak havoc on the city. Scamander must team up with his muggle friends to recapture these fantastic beasts in a setting that unquestionably shares the same universe as Harry Potter, yet is distinct and unique in its own, classic way.

Most notable for: We all knew it had to happen. The Harry Potter universe is too magical and lucrative for its own good. I suppose if there had to be a spinoff, this is the way to do it, with a book inside a book inside the Wizarding World.

Unqualified critical observation: Looking at the various facets of a film–music, set design, costuming, production, cinematography, and more–perhaps no franchise is as instantly recognizable from a world-building perspective as Harry Potter’s. And for good reason, the stories lift the spirits, the action is fluid and easily tracked, and the atmosphere invites you to participate. In case you didn’t know, I’m very excited. 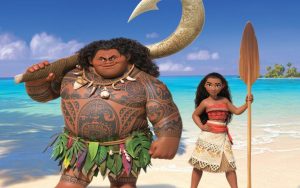 What I got from the preview: This legend brought to life concerns a navigator of the high seas team up with the demi-god Maui, who together set sail for a fabled island. Don’t focus too much on the story, though, and just revel in the animation, which may be the most beautiful and colorful ever committed to film. Seriously, any frame from the trailer would make a gorgeous screen-saver and I’m sure the preview is playing nonstop on TVs in Best Buys everywhere. The artists and technicians are the true stars of this movie which also features a pretty great cast.

Most notable for: With a fair bit of controversy that I haven’t paid attention to, Moana arrives in theaters amidst calls for greater diversity and inclusion in film. With brilliant spectacle and a soundtrack with a heavy south Pacific influence, I would say this movie succeeds.

Unqualified critical observation: Ever since they made the full-throated transition from traditional 2D animation to 3D, Disney has been killing it with films like Frozen and Zootopia, which are endlessly watchable, amazing to behold and stay with you for a long time. I hope Moana continues the trend. It certainly deserves to.