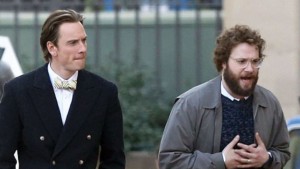 What I got from the preview: My boy Michael Fassbender plays the complicated titular character in a way that is already receiving praise at film festivals. This movie traces Jobs’ life, from obsessive innovator to controversial public figure, with some of that top talent the industry has to offer. If the preview is any indication, his business and relationships will be presented with raw emotion and a frankly naked look at the inner workings behind the most successful company in world history.

Most notable for: In the years since his death, at least three movies and countless books have been distributed chronicling one of the most misunderstood and fascist mainstream business leaders in recent history. Yet no effort promises such uncompromising craft as this one, with Danny Boyle (Trainspotting, 127 Hours, 28 Days Later) and Aaron Sorkin (The Social Network, Moneyball, The West Wing) at the helm, the former a director with a uniquely real and intimate visual style and the latter a writer who has no equal when it comes to writing complicated stories in a compelling and smart way.

Unqualified critical observation: If you can’t tell, I am unbelievably excited. I’ve been on board through all the behind-the-scenes drama (David Fincher was going to direct, Christian Bale was going to star) and am eagerly anticipating the emerging product. Just as The Social Network did not shy away from the more controversial and mean-spirited elements of Facebook’s rise to ubiquity, so will this movie provide a raw look at the best worst organization out there. 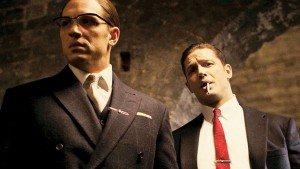 What I got from the preview: The true story of twin gangsters, the Krays, is brought to the screen with Tom Hardy playing both parts of this dynamic duo. The Krays were in charge of the organized crime spree that hit London during the 1960s, when gambling was beginning to take hold on all levels of British society. They were pretty cray. The trailer is like a gut-punch of adrenaline, mostly thanks to Hardy’s dedication and bravado.

Most notable for: This film is from the writers of L.A. Confidential, which remains one of the best gangster movies of all times. Couple that with the fact that Hardy is playing two characters and hopefully this movie is full of endlessly violent pulp entertainment.

Unqualified critical observation: Hardy has really made a name for himself. The Dark Knight Rises, Mad Max, this year’s upcoming The Revenant—all great films made better by his presence. Though I am typically bored by movies about organized crime (Black Mass or Gangster Squad, anyone?) this movie promises to be the exception rather than the rule, which is what you’d except from a movie about suave gangsters. 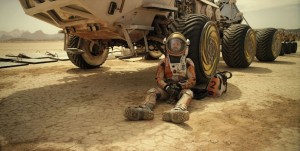 What I got from the preview: In the distant future, an astronaut becomes stranded on Mars while on a manned research mission. He is presumed dead by NASA and abandoned by his crew. But the astronaut is Matt Damon, and Matt Damon never dies. With only meager supplies but possessing MacGyver-level resourcefulness, he fights against unimaginable odds on a planet he barely understands to get home alive.

Most notable for: Ridley Scott (Exodus: Kings and Queens, Prometheus, The Counselor) has not been on his A-game recently, but this adaptation of the novel by Andy Weir promises a return to Alien-level form.

Unqualified critical observation: Wow. The trailer gave me chills. We’re out of summer’s headache-inducing blitz of superhero movies and reboots, and we survived the glut of September. We’re now in Oscar season, and this month’s crop clearly demonstrates that. This is the kind of movie, like last year’s Interstellar, that you can sit down with for over two hours, learn about and appreciate the characters, and become fully invested in every second of failure and triumph. 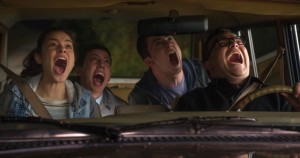 What I got from the preview: R.L. Stine and his imaginary demons come to life in this fun-looking variation of the famous Goosebumps children’s books. After young Zach moves to a new town, he develops a quick crush on the girl next door, but quickly discovers that her father is the mastermind behind every child’s nightmare fantasies. Together, they must free themselves and the town from the CGI monsters.

Most notable for: I often wondered when these staples of 90s childhood would get the big screen treatment, and from the looks of it, it couldn’t have been done in a more delightful way.

Unqualified critical observation: Remember being a kid, developing a crush and dreaming of fanciful and dangerous adventures that would draw the two of you closer together? That daydream, near and dear but unfulfilled to many of us, becomes a nightmare in this movie that promises to become this generation’s The Goonies. 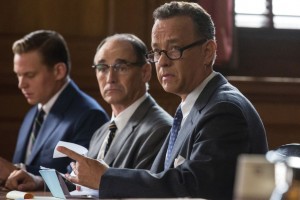 What I got from the preview: An insurance lawyer, played by an aging Hanks, is recruited by the CIA to broker a deal during the Cold War that will either result in the rescue of a detained pilot in the Soviet Union, or the complete nuclear annihilation of two super powers. It’s more Saving Private Ryan than Catch Me If You Can, but seems to feature that signature Spielbergian optimism and entertainment nevertheless.

Most notable for: Acclaimed director Steven Spielberg teams up with the Coen Brothers for this tale of international intrigue, quiet negotiations, family drama, and unimaginable stakes.

Unqualified critical observation: Spielberg has had a series of critical and commercial shortfalls recently, his brand of wide-eyed childlike wonder eclipsed by today’s focus on gritty realism. He hopes to adapt with this entry, and with collaboration from some of Hollywood’s best writers, I’m as optimistic as his early films.