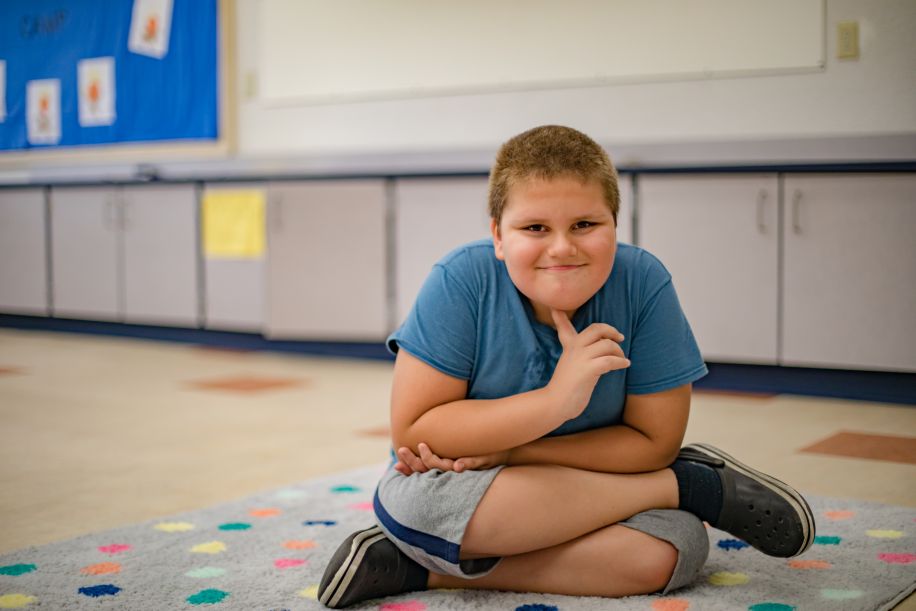 What does autism look like? This is a common question for those who aren’t familiar with the autism spectrum disorder (ASD). For a while, the only mainstream representation of autism was the film Rain Man. In recent years, as more people discuss autism, the disorder has been represented in various television shows and movies including the Netflix Original Series Atypical and The Good Doctor. These television shows display characters who are autistic living regular lives and working in challenging career fields. Cate Merrill, Autism Pensacola President and CEO, said that this type of representation is good for raising awareness about autism. Buzz Ritchie, the Director of Development at Autism Pensacola, said that these shows also help teach viewers the proper terminology. For example, you shouldn’t say “my autistic friend” you should say “my friend has autism.”

Autism or ASD refers to a broad range of conditions characterized by challenges with social skills, repetitive behaviors, speech and nonverbal communication. Autism Pensacola, a Florida 501(c)3 non-profit organization, has been serving the families of Escambia and Santa Rosa counties since 2002 and is the leading connector and resource for autism support, advocacy, education and networking opportunities in the Pensacola Bay Area.

The CDC recently reported that 1 in 54 people have autism.

“We serve Escambia and Santa Rosa counties, so that’s about 9,000 potential individuals between our two counties who are living with autism,” Merrill said. “That’s a lot of people. Another thing we like to say is if you meet one person with autism, you’ve met one person because it’s a spectrum– different cognitive abilities, physical abilities, races and sexes.” 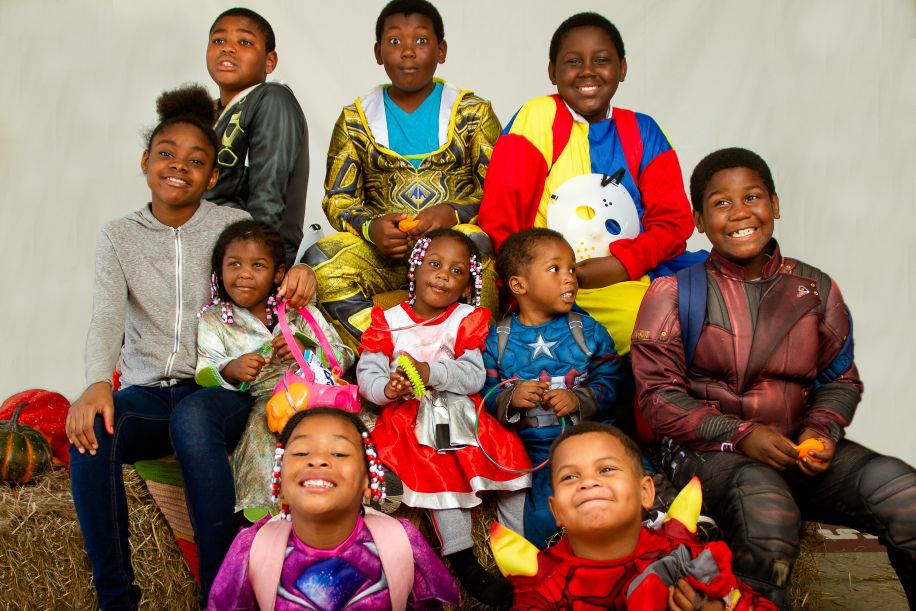 One of Autism Pensacola’s goals is to make the area an autism-friendly community. On March 21, Autism Pensacola will host the fundraising campaign Steps for Autism. All of the money raised at this event will be used to support the mission and programs of Autism Pensacola in Escambia and Santa Rosa counties, including safety, quality of life and awareness initiatives. One hundred percent of proceeds raised during Steps for Autism stays in the local area. The celebration is from 9 am to 1 pm at the Pensacola State College walking track located at 1000 College Blvd. The event will feature food trucks, vendors, bouncy houses and a stage with different performers and entertainment.

“Steps is for everybody. We want everyone in the community to come out. It’s not only for the children we work with,” Ritchie said. “It’s for the whole community to help the community better understand the population that we serve. Autism is not very well understood.”

Merrill calls Steps for Autism their kick off event since April is Autism Awareness Month and April 2 is Autism Awareness Day. For the entire month of April, Autism Pensacola will be training local businesses to be autism friendly. Merrill said that they plan to work with businesses who deal with families often such as grocery stores, movie theatres and restaurants. The training will include teaching businesses what autism is and explaining how they can accommodate those with autism. Merrill said that they also hope these businesses will help fundraise.

“Part of this is just to have more businesses understand what autism is all about,” Ritchie said. “A child is pretty prone to have a melt down in a restaurant, and it’s nice if the establishment kind of understands what mom and dad are going through with trying to get the child under control. That’s part of our outreach is to bring awareness.” 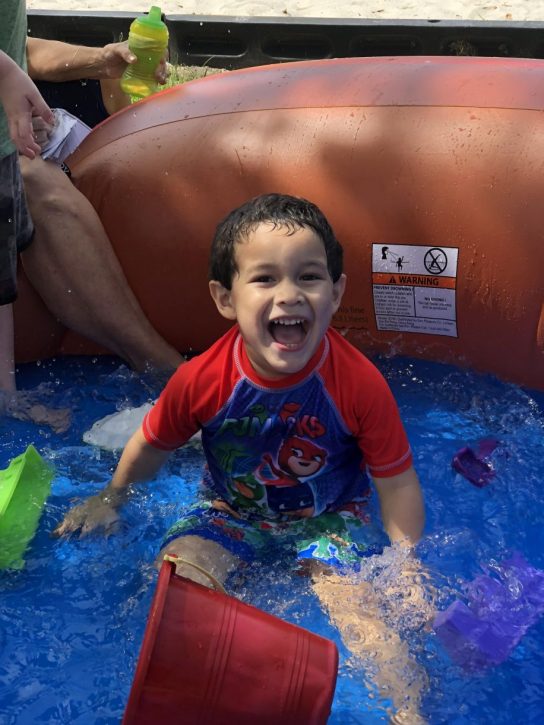 Jena Sudderth, an Autism Pensacola staff member and mother of a child with autism, said that whenever she explains her child’s sensitivities to the restaurant staff, they easily accommodate her family’s needs. “If you politely tell the host your child or individual might have a sensitivity to the lights or music, 10 times out of 10 they will turn down the lights or the music,” Sudderth explained. “I’ve never gone into a restaurant where they haven’t accommodated. My non-verbal child has eaten at the Grand Marlin and Chilies without a melt down. All you have to do is politely ask.”

This initiative is an extension of Autism Pensacola’s training program for first responders, such as the Pensacola Police Department (PPD), sheriff’s department and EMTs. Recently, they started training Pensacola International Airport’s TSA officers. They partner with the PPD’s Lieutenant Jimmy Donohoe, who has an adult son with autism, and a retired fire chief from Boston for the training program.

“We teach them what autism looks like. Someone who is repeating everything you say, looks like the rest of us and is resisting going through the metal detector might not be a drug issue or some other type of illness it could be autism,” Merrill said. “So we teach them to look out for these different characteristics and tips on how to address these individuals.”

While every individual living with autism is unique, the most common characteristics include effects on the five senses, social interactions and communication expressions. A large number of people with autism struggle with situations that involve large groups of people, loud music and bright lights. Events like music festivals or large community events can be a challenge for people who have autism and their families. To accommodate people who struggle with sensory issues, social anxiety or other similar issues, Autism Pensacola brings pop-up sensory rooms to local events. The sensory room has items such as cooler lights, fidget spinners, bean bag chairs and noise cancelling headphones to help visitors reset without having to go back home.

“It can be a challenge to pack up your whole family, find a parking space, get to the festival or Wahoos game and then have to leave within five to 10 minutes,” Merrill said. “Knowing that the event is expecting them and wants them there is a huge thing for the families.”

Autism Pensacola’s website has a lengthy list of local resources for families and adults who are in search of diagnostic centers, therapy, respite care and even hair salons. “We have been working on that resource guide by getting it as up to date as possible and growing it, but we need about 10 or a 100 more for each area,” Merrill said. “Where there might be one dentist office, we need more. Where there might be one Chuck E. Cheese, we need more.” The resource list has a handful of places that focus on early intervention, which is very important for ASD.

“A problem in our world is communicating to parents about how important it is for early intervention. Some parents have parental denial,” Ritchie said. “That’s another reason Autism Pensacola exists is to keep the word out there. If you have a 2-year-old child that is not speaking yet, it might be a signal to pay attention to that because the quicker we get into therapy the greater the outcome.”

“The outcomes can be so much better when you get started early, and it’s okay if it’s not autism,” Merrill said. It doesn’t hurt to get screened.” Early intervention affords the best opportunity to support healthy development. Early intervention can improve learning, communication and social skills.

The resource lists also includes other organizations and programs for people with autism. One of the programs is Argos for Autism, which is based out of the University of West Florida. Merrill said that UWF has been selected as one of the top 10 universities for kids to attend that are on the spectrum. Argos for Autism helps students with autism get ready for classes and acclimate to their dorm room. Only 19 percent of individuals with autism go to college, yet on average, individuals with autism have a higher intelligence. UWF also partners with Autism Pensacola during Kids for Camp, which is a summer camp for ages 2 to 22. Kids for Camp is a data-driven program that uses best-practice techniques, specifically Applied Behavior Analysis, to contribute to both the skill acquisition of the individuals with autism and the continuing education of the teachers, support staff and college students who work with those with autism.

If you would like to learn more about Autism Pensacola and its programs, visit AutismPensacola.org. 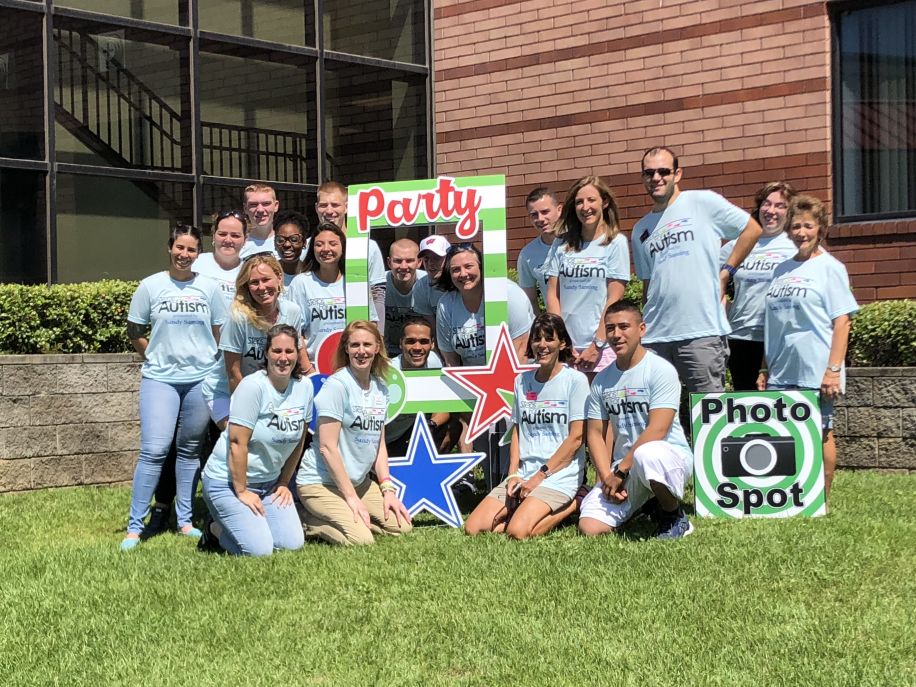