Facing the uncertainty of the major and minor league baseball seasons due to the COVID-19 pandemic, the Pensacola Blue Wahoos brainstormed creative solutions to put the stadium to use. They have come up with everything from disc golf to trivia nights to movies and fireworks on the field and now the first professional baseball stadium ever listed on Airbnb. Owners Quint and Rishy Studer explained in a letter sent out to fans on June 3 that the organization faces an estimated $3 million loss this year if there is no season. 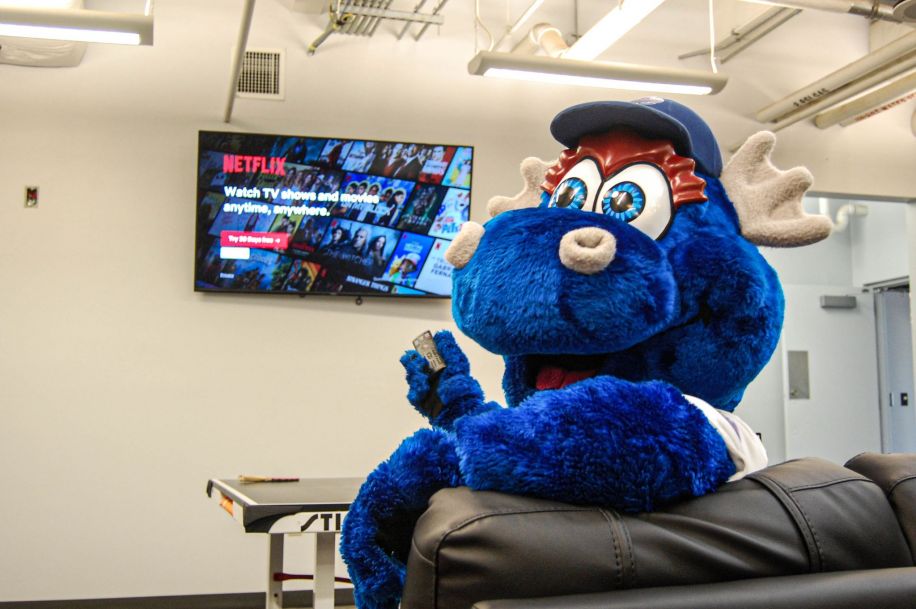 Baseball enthusiasts have the chance to rent out the stadium for the price of $1,500 a night (plus fees). Guests have access to the clubhouse, batting cages and the field itself— whether they want a picnic on the filed or to play catch at 11pm, the freedom is up to them. The newly renovated clubhouse features two flat screen TVs, a ping pong table and four leather couches to relax in, while the bedroom sleeps 10 people between four bunk beds and two queen beds. At only $150 a head, the listings went fast: the Airbnb sold out all 33 nights listed in the first 24 hours.

President of Studer Entertainment and Retail Jonathan Griffith explained the brainstorming process for the Airbnb and how important it was to the owners to not furlough staff members. In addition to staffing the new events and Airbnb they have created, the Blue Wahoos staff will be allowed to assist local nonprofits to make up the difference in workload. “We were looking for ideas and solutions to generate revenue. The number one thing for us is our mission is to improve the quality of life in our community,” Griffith said. “And part of that is having jobs. So, we had to ask ourselves, ‘How can we create jobs and revenue with the baseball season put on hold?’” 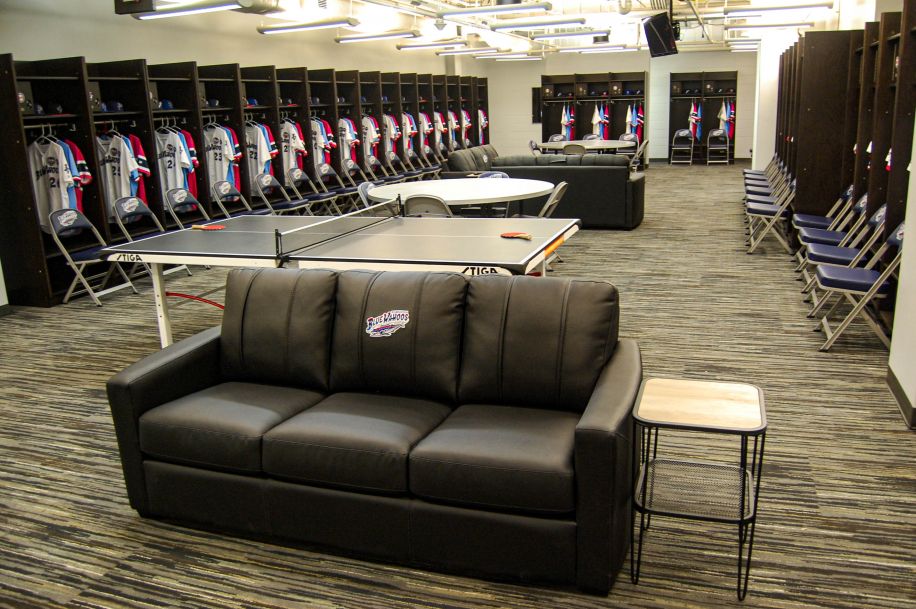 Part of that solution is what Griffith compared to Cinderalla’s castle: making baseball fans’ dreams come true. Guests can live out their dreams at the Blue Wahoos Stadium. As Griffith explained, they have customizable options with their stay at an additional price. The Blue Wahoos have a chef on staff that can put together a variety of food packages from a breakfast bar to stadium hotdogs or even lobster and shrimp.

“It’s whatever the guest wants. All they have to do is ask us, and we’ll see if we can make it happen. We’re still new to this, but we want to go above and beyond,” Griffith said. “For an additional cost we can also do customizable Blue Wahoos jerseys with the guest’s name on the back of it. We even have a former major league baseball pitcher, Kevin Saucier, that we can book to come in and talk to guests, teach them about baseball and the ins and outs of being a baseball scout.” 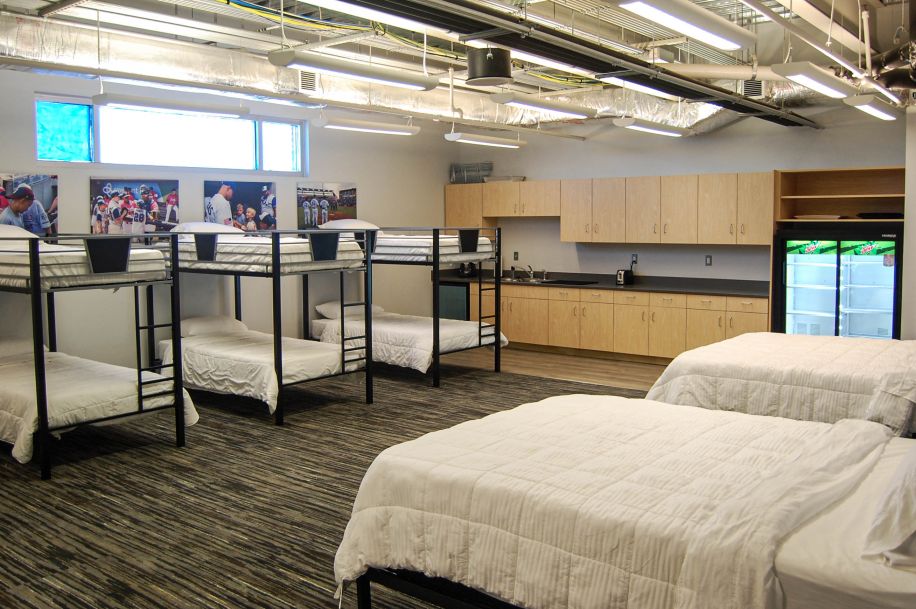 The demographics for the guests booking the stadium is all over the board. Griffith said they have had families, little league teams, children’s birthday parties, groups of bachelors and even a company retreat. “The other night we had a group of military guys that just wanted to live their dreams out on a baseball field. So, they were young 20-year-olds that were out here having a great time. They played ball on the field from 4 to 11 pm,” Griffith explained.

The Airbnb listing has gathered national and international attention— from an article on ESPN to news outlets in Japan and Germany reaching out to feature the Blue Wahoos on their programs. After the initial 33 nights sold out and the prospects for starting the baseball season remained slim, the Blue Wahoos management decided to open July and August for rental nights as well. While cancellations pop up once in a while, the listings remain largely sold out. 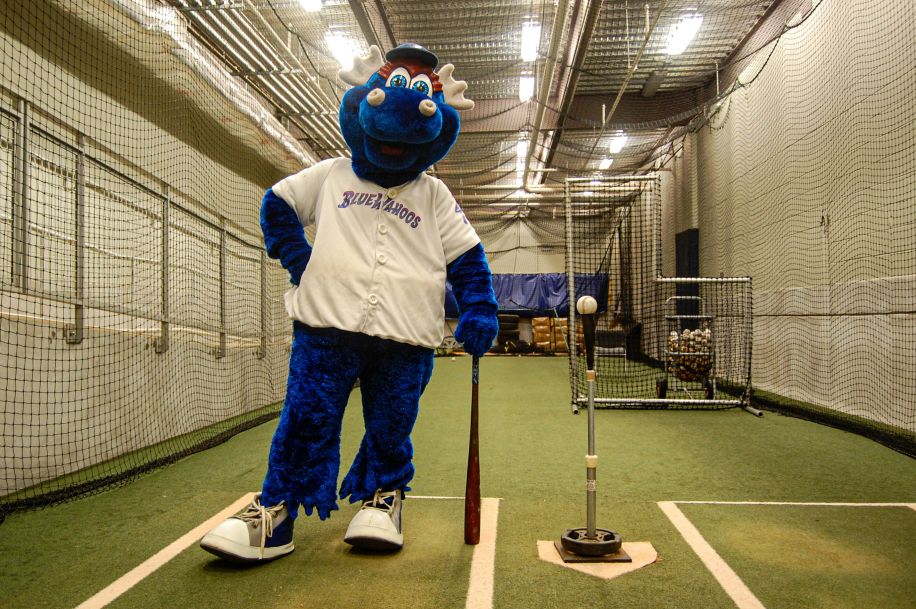 The stadium has also booked some graduation ceremonies and wedding parties, which Griffith explained have the potential to overlap a few hours during an Airbnb rental, but all guests are notified a week in advance of events at the stadium. In the Airbnb listing it states that the Blue Wahoos reserves the right to book events at the stadium during rental stays. Team co-owner and professional golfer Bubba Watson has designed a nine-hole disc golf course on the stadium, which is open on the weekends. The stadium is also open for dining, drink specials, trivia, bingo nights and Saturday night movies and fireworks—all of which guests can take part in. The stadium continues to follow social distancing and CDC procedures for all events.

For more information on the rental visit “Pensacola Blue Wahoos Stadium” on Airbnb and follow the team on social media for event updates.