Climate change is no longer in the distant future— at least not for Florida. Climate change is occurring now. In areas of Miami-Dade County, the groundwater levels are too close to rising sea levels, so saltwater is mixing with drinking water and compromising sewage plants. The sea level surrounding Florida is eight inches higher than it was in 1950 and is rising one inch every three years. By 2040, sea levels in different areas along the coast are predicted to rise eight to 12 inches above current levels, higher temperatures are projected to lead to an increased risk of cardiovascular and cerebrovascular disease and hurricanes will become more severe.

Pensacola is no stranger to climate change.

Climate change can cause more frequent intense storms and extreme flooding, which then increases the amount of stormwater runoff. This increase in stormwater can lead to greater runoff of contaminants such as trash, nutrients, sediment or bacteria into local waterways. Fortunately, Pensacola has experience handling this issue. 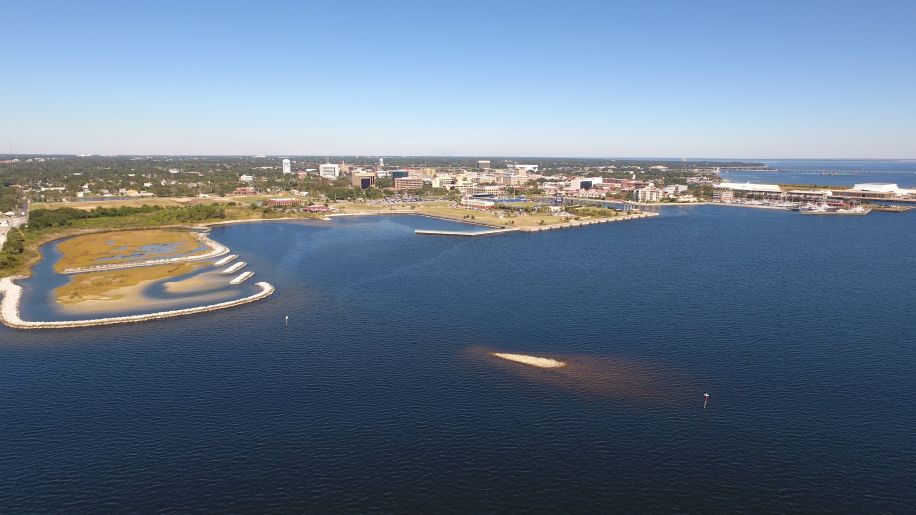 The Government Street Regional Stormwater Pond at Corinne Jones Park previously discharged untreated stormwater directly into Pensacola Bay— polluting it. This 2.75 acre pond was redesigned to capture and treat runoff from approximately 40 acres in downtown Pensacola. The City implemented a three-tiered advanced treatment system in the pond to filtrate contaminants from the stormwater. By improving the water quality of the stormwater pond, the long-term sustainability of the coastal wetland and Pensacola Bay were improved. The pond also serves as a habitat for a variety of species.

In December 2014, the National Fish and Wildlife Foundation (NFWF) awarded more than $11 million from its Gulf Environment Benefit Fund to fund a series of six stormwater treatment and stream restoration projects designed to aid in the restoration of Bayou Chico. They were able to complete the Bill Gregory Park Regional Stormwater Treatment Facility in 2018. That pond filtrates 37 acres of stormwater before the water reaches Bayou Chico. It too has become a habitat for a variety of plants and aquatic animal species as well as benefitted the state of Bayou Chico. Unfortunately, more stormwater projects need to be done.

Flooding from rain storms isn’t Pensacola’s only issue relating to climate change. The city council established the Climate Mitigation and Adaptation Task Force to address more issues. The task force is led by Elaine Sargent the director of 350 Pensacola, a movement dedicated to addressing the climate crisis, and Laurie Murphy the President of the National NPDES Solutions, which works to eliminate illicit discharges from bodies of water. This task force created a general outline of underlying climate change threats the City needs to address. One of the task force’s concerns was sea level rise, which the City was able to address recently.

According to the City, downtown and areas southwest of Bayou Grande are among the locations most vulnerable to changes in flooding due to increasing sea levels. 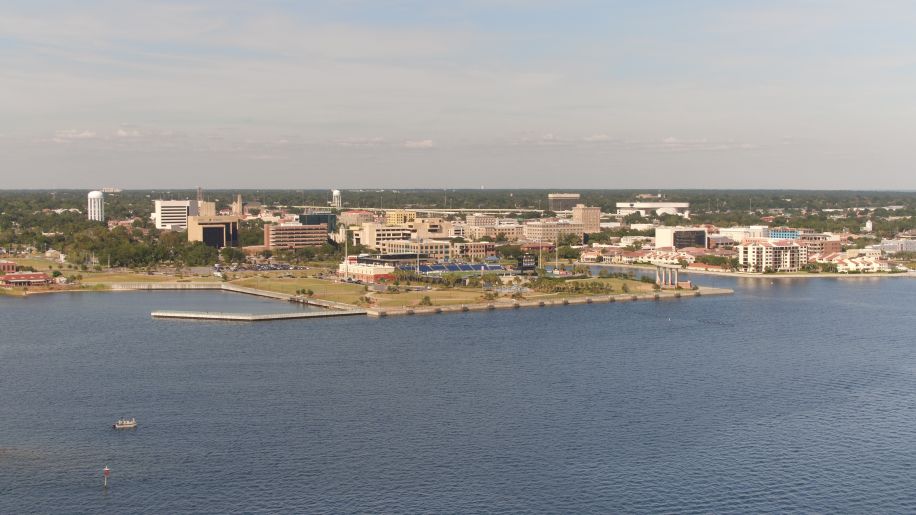 The Florida Department of Environmental Protection (DEP) awarded the City with a $75,000 grant to use toward the City’s Resilient Coastlines Program. This program helps Florida’s coastal communities dealing with flooding, erosion and habitat shifts due to sea levels rising. DEP gave a subtotal of $2,164,100 to more than 30 cities in Florida.

“I am incredibly proud of city staff for pursuing and receiving this state grant for such an important project,” Mayor Grover Robinson said. “The Resilient Coastlines Program will not only benefit the City of Pensacola, but the surrounding environment that extends beyond city limits. I’d like to thank the Florida Department of Environmental Protection for selecting Pensacola as a grant recipient, which will provide us additional opportunities to work toward protecting our coastlines for future generations.”

The Resilient Coastlines Program grant was applied for by City of Pensacola Assistant Planning Director Cynthia Cannon and City Administrator Keith Wilkins. Wilkins explained that the program’s vulnerability assessment will help the City locate areas susceptible to sea level rise and identify corrective actions. This assessment will help them prepare to implement solutions to vulnerable areas.

“This program is the planning stage. This sets the groundwork for that next stage of the actual physical improvement to the built environment,” Cannon said. “It will make Pensacola very competitive to seek grant funds now that we’ll have this heavy data behind us to go seek additional funding for these future improvements to facilities and infrastructure in our area.”

Cannon explained that the vulnerability assessment will enable the City to develop the language to comply with the statutory requirements related to the 2015 Peril of Flood Act, which was passed by the Florida Legislature. This act requires coastal communities to have a coastal management element as part of their comprehensive plan. At this time, the City of Pensacola doesn’t have that component.

Another component of this grant application is that it’s tied to the city’s community rating system. The National Flood Insurance Program Community Rating System provides a voluntary incentive program that recognizes and encourages community floodplain management activities. Flood insurance rates are discounted to reflect the reduced flood risk resulting from the community actions.

“Some of the policies that we’ll see coming down the line will allow the city to improve their current community rating system rating, which is a seven right now, which allows for a 15 percent discount on flood insurance for property owners who are in the special flood hazard area,” Cannon explained. “So as we increase that rate, we will increase the discounts for flood property insurance. That’s definitely a direct benefit to the community in terms of financial gain.”

The city is still in the phase of executing contracts with the state, but they hope to officially begin the program in October. This project is estimated to be complete in June 2021. Cannon and Wilkins plan to work with UWF to make an interactive, easy to read story map of their findings from the program.

“We don’t plan on producing this big written report that just sits on a shelf or that’s kind of intimidating for the public to read. Through the story map, you can go in, zoom in to your neighborhood and you can find news, information on sea level rise and on flood insurance as it relates directly to you,” Cannon said. “We want to educate the community and keep them engaged because climate change can be a complex and controversial topic.”

The City of Pensacola will provide updates to the public as the Resilient Coastlines Program moves forward. 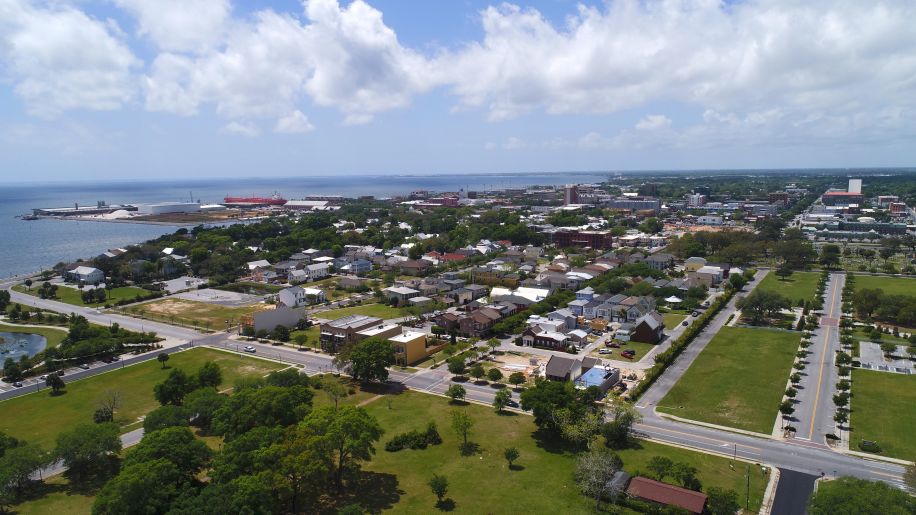