Pensacon always draws the best guests from movies, television, literature, animation and gaming, and this year is no different. Downtown Crowd sat down a few of this year’s guests to discuss their careers and what projects we should be excited for. Be sure to visit them in the guest area during the convention. 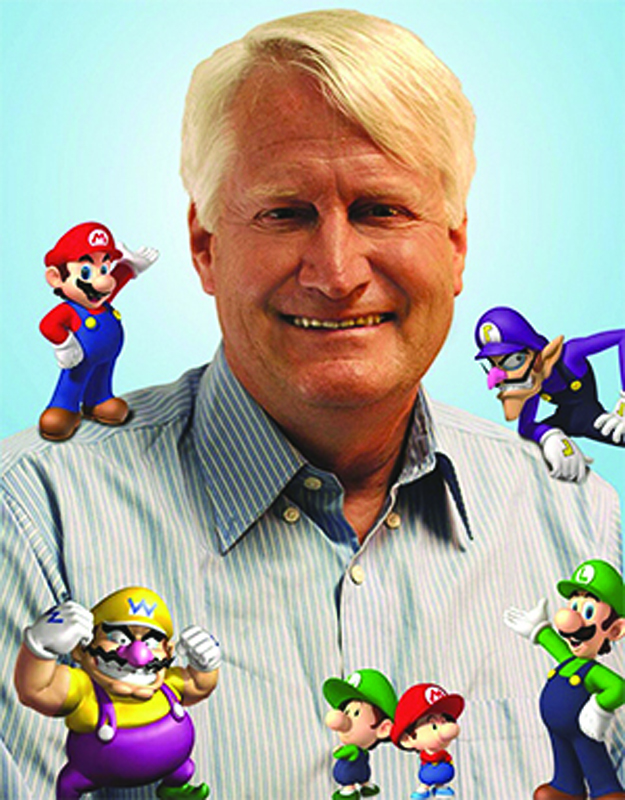 Charles Martinet is an actor and voice actor who is known world-wide as the voice of famed Nintendo plumber, Mario. In addition, he has done other voices like Wario, Luigi and even the dragon Paarthurnax in The Elder Scrolls V: Skyrim.

I think what happened for me is I had no idea I ever wanted to be an actor, and all of a sudden a friend of mine said ‘Take an acting class from me,’ and there I was acting. I had no intention of ever leaving the theatre, but all of a sudden someone said, ‘Come and audition for a corporate video for me,’ and I said, ‘Oh, ok, I’ll take a look at that then. What do I have to do? Act? Ok, I’ll act!’

Then one day I was doing a commercial for Orchard Supply Hardware, holding the pitchfork like in the American Gothic painting. We finished the day at 5pm and the producer goes, ‘That’s great, thanks a lot! Do you do voice overs?’ and I said sure, not knowing really what that meant. And he goes ‘Great, here’s the copy!’ and I read it in a Dust Bowl accent, and they gave me another fee for doing that. Suddenly I realized I’m a voice actor.

So my intention was not necessarily to ever be a voice actor, but always the intention of having fun and having what I do make something fun and joyful for people in their lives, to bring a smile to their face. The exploration for me has been to do the most wonderful character that I’ve ever met: Mario. To do the whole family of Mario, Luigi, Wario, Waluigi, Baby Mario and Baby Luigi, it’s just an adventure and fun for me.

What do you feel is the best part of the job of being Mario?

I love meeting fans, I think comic cons are the most magnificent thing in the world. People get a marvelous opportunity to meet other people that share their passion and share what they love to do. Your whole life before you leave school is meeting people with shared interests, and then all of a sudden you’re in an office building and you’re just working together. A comic con is this marvelous opportunity to meet thousands of people and be among this great celebration of everyone’s passion and joy and sense of fun, and to make friends for life. I’ve even met people who have gotten married who met at comic cons.

I think it’s the greatest thing, and it’s great for an entertainer to meet the audience. We’re in such a marvelously unique position to be able to be appreciated for the work that we do. People literally say to me things like ‘you’re the voice of my childhood’ or ‘you changed my life when you did that speech about following your heart.’ In fact, I met a guy at Gamescom in Germany last year who said, ‘I listened to your panel discussion about following your heart and pursuing what you love to do, and now I’m a game designer and I have two games on display in the booth over here.’

That’s the great thing about life: you have so much more impact in the world than you think you do. You think you just put your head down and go for it, but you have so much impact. That’s why I think caring about humanity and having compassion and doing things that make life better for people is a wonderful thing.

Mario and his voice have become very iconic around the world. How does it feel to be a part of video game history?

It’s great. I crashed an audition 27 years ago, and I had no idea what Nintendo was or who Mario was – I was just doing what I do, having fun at the audition. I wasn’t invited, just barely caught the guy as he was walking out the door to leave and I said ‘Can I read for this?’ and he said ‘Alright, alright, come on in. You’re an Italian plumber from Brooklyn. Make up a voice, make up a video game, start talking and when you run out of things to say, that’s your audition.’

I thought obviously the choice would be a gruff Brooklyn accent like ‘Hey, get outta my face, I’m walkin’ here.’ But I thought what if I did something fun and light and joyful, and I had done Grumio in Taming of the Shrew a few years before. I thought to make it younger and more vital and more fun, and I did the Mario voice, and I didn’t stop until I heard ‘Stop talking, we’re out of tape. Thank you, we’ll be in touch.” I thought that was the very end, but that was the beginning of 27 years of joy, fun and adventure.

It’s so great. I was walking along the other day to a friend’s house, and there were two kids who had lost their drone in a tree. I looked up and asked if they wanted me to try and get it for them, and they said ‘Ok!’ I grabbed the branches and shook it and it came plummeting down to the ground, and they picked it up and said, “We did it! Thanks mister! Yahoo! Woo-hoo!” They were doing all these Mario shouts and leaps for joy. To be a part of something that becomes a part of everyday life is such a tremendous honor. 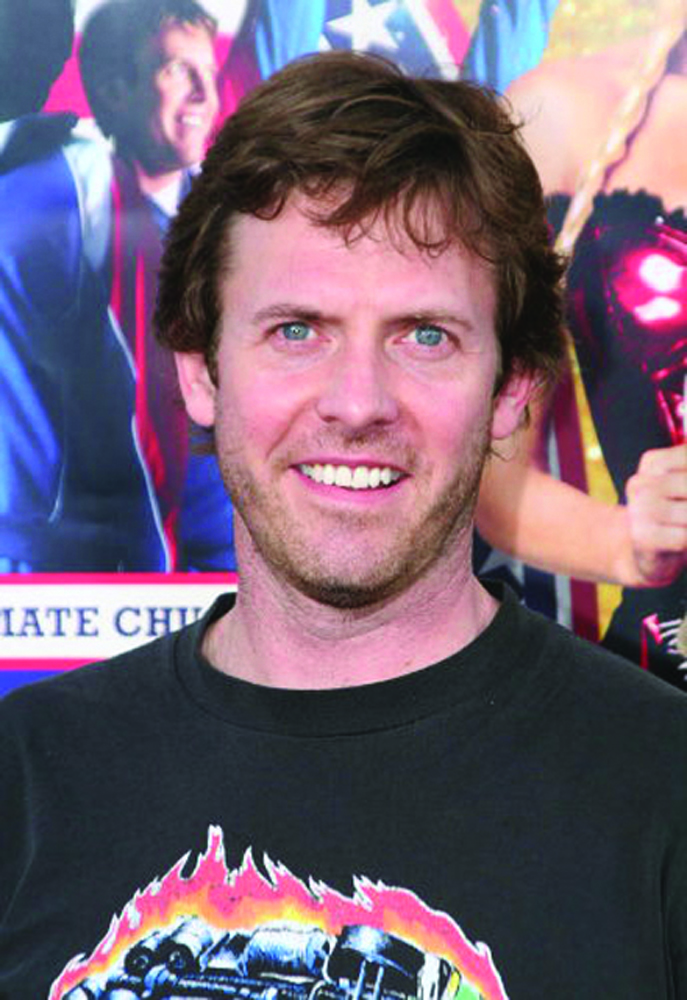 Erik Stolhanske is an actor, writer, producer and sketch comedian, most famously known as a founding member of the Broken Lizard comedy group. His new movie, Super Troopers 2, will be released April 20, following a successful Kickstarter campaign. He will be appearing at Pensacon alongside fellow Broken Lizard member Paul Soter.

When and how did you first form Broken Lizard?

We all met in college at Colgate University and put together a sketch comedy group called Charred Groosebeak, which had around 11 students as members. The Student Theater Group asked Jay Chandrasekhar (Thorny in Super Troopers) to direct a one-act play for the Student Theater Group, but Jay grew up in Chicago and had studied at the Improv Olympics in that city. Because his interests lie more in comedy than traditional drama, he decided to organize a group to perform comedy sketches and gave it it’s original name. When we all graduated from college a bunch of us moved to New York City and renamed the group “Broken Lizard”.

Did those sketches you did before making movies eventually inform the movies? Was there something like a “Super Troopers” sketch?

Our early sketches informed our movies in the sense that they taught us how to write scenes. Super Troopers really is just a bunch of sketches,  (or ‘set pieces’ as they’d refer to them in movie terms) weaved together with a plot.

We did not have a “Super Troopers” sketch in our early years. Everything that appeared in “super Troopers” the movie was written solely for the movie.

How is it different making a film than it is doing sketch comedy?

Sketch comedy is much more immediate. In sketch comedy, you can write something and have it up on its feet the next day.

Movies can take forever. For the first Super Troopers, we wrote twenty-two drafts of the script. Empires can fall and cites can burn in the time it takes to make a movie.

The other aspect about filming comedy that is different than doing live comedy is that there is no immediate response when you tell a joke. On set, the crew is instructed NOT to laugh- as not to ruin a take. So when shooting a movie, you never know if your jokes are landing because you don’t hear immediate feedback. It’s unnerving at times but you just have to let your insecurities go and trust your comedic instincts.

What made you decide to Kickstart Super Troopers 2? Was it always in the cards but it was hard to get funding?

After the financial collapse in 2008 and the decline of the DVD market, studios decided to focus on tent pole films like Iron Man and Batman or animated children movies. They drew much bigger box office sales than our comedy group.

We went around Los Angeles and New York trying to secure the financing but just couldn’t find the interest. It’s a lot of money! And as I said earlier, because of the financial collapse, studios and investors were not as willing to take on as much risk. After several years of searching we decided to follow the model of Veronica Mars (who had a devout fan base) and turn to crowdfunding. We were absolutely blown out of the water when 54,000 fans helped us raise $4.5 million to make a sequel to our 2001 cult comedy.

What are you looking forward to regarding Pensacon?

Pensacon is special because I consider Pensacola a second home. My parents have lived in Pensacola for over thirty years and my wife and I love to spend time here. Love the people, the food and, of course since we are originally from frozen Minnesota, the beaches.

Mike Easley has done such an incredible job with Pensacon. The number and variety of celebrities that he gets to come down to the emerald coast, blows my mind. I always geek out about meeting anyone from Game of Thrones (my favorite show). And this year I’m very excited to meet Deborah Foreman from “Valley Girl”, one of my favorite movies growing up. We’ll see if I can get up the nerves to actually say hello to her.