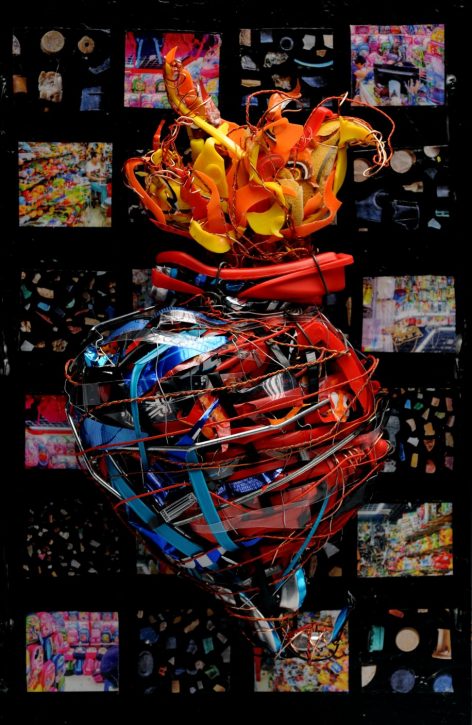 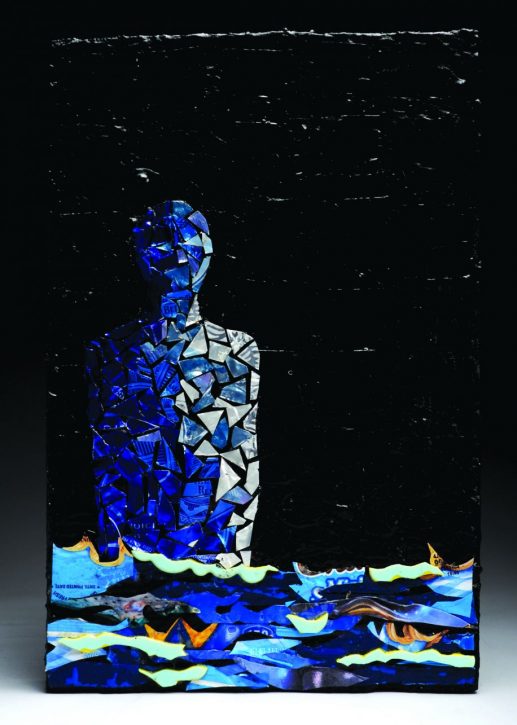 Take a walk down the shoreline of any local waterway and you’re almost guaranteed to encounter an unfortunate reality of modern consumerism: trash. Waste in the form of plastic bottles and bags, toys, discarded fishing nets, aluminum cans, and all other manner of junk find its way into the rivers, bays, bayous throughout Northwest Florida.

Efforts to combat the pollution of our local waterways by groups like Keep Pensacola Beautiful help to cut down on the accumulation of garbage in the water, but the underlying problem only gets fixed when we all commit to greater diligence in proper disposal of our garbage.

In an effort to raise awareness about the pollution of our local waterways, a new art exhibit and silent auction called Pieces Adrift will feature works by more than 50 artists made with trash and found objects collected from local waterways. The exhibit is a collaboration between First City Art Center and Keep Pensacola Beautiful.

Pieces Adrift has been in planning for nearly a year, said First City’s managing director Caitlin Rhea. Throughout the spring and summer, Keep Pensacola Beautiful has been holding on to some of what it has collected from local beaches for artists’ to use in works for the show.

The exhibit will include many forms of art including sculpture, painting and collage, the only restriction being that each piece must consist of at least 50 percent trash.

“So far we’ve already had a few really amazing pieces come in,” said Rhea. “We’re really excited to see how people take this idea and turn trash into art. It’s not a new idea, people have been doing this for a while, but it’s a really nice way of thinking about how do we make something positive and productive from the stuff that washes up in the wrong place.”

Pieces Adrift will also have hands-on activities like teach attendees how they can help reduce waste without impacting their daily lives. Rhea said she hopes the auction and exhibit will help people to think about the ways they can reduce waste.

“It’s very easy to go down that pessimistic path of, ‘Look at what were doing to the environment,’” said Rhea. “But we wanted to do something that would empower people and create a positive feeling and not a negative one.”

A collection of pieces from the auction will gathered into a traveling show to be exhibited at the Pensacola Museum of Art and at local businesses throughout town in the months following the auction.

Tickets to Pieces Adrift can be found on Facebook and Eventbrite.