In the wake of George Floyd’s horrific death, there has been an outcry to change police departments across the country. In Minneapolis, the city where Floyd was killed at the hands of police, the Hennepin County Court proposed a court order that requires the Minneapolis Police Department to enact immediate structural changes. Some of the changes include that any police officer regardless of rank or tenure is required to intervene, either physically or verbally, if they observe another officer using any unauthorized use of force.

Some cities like New York City and Minneapolis are pushing to divert a portion of police funding to social services. Supporters of this idea argue that reallocating the funds to services that benefit the people and marginalized groups will heal the community.

The Pensacola Police Department is also evolving. After Tymar Crawford was shot and killed by Pensacola Police Detective Daniel Siemen in July 2019, the grand jury recommended PPD officers receive immediate retraining in the areas including use of force, use of deadly force and tasers. Mayor Grover Robinson announced in January that the City increased the PPD training budget for the 2020 fiscal year by 75 percent, which puts the budget at $250,000. 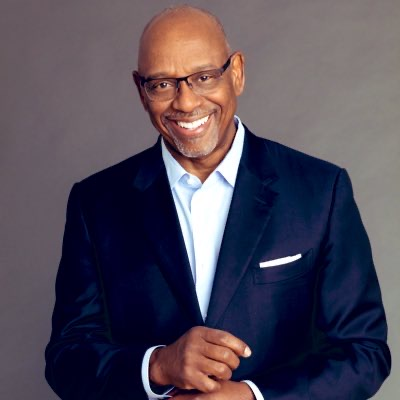 In addition to those changes, the City of Pensacola hired law enforcement expert Cedric Alexander, who has more than 40 years of experience as an officer, in January to consult and train the PPD. Alexander served as Chief of Police for DeKalb County, a large metropolitan county with more than 700,000 citizens, a federal security director with the U.S. Department of Homeland Security and was appointed to the Board of the Emerald Coast Utilities Authorities by Gov. Ron DeSantis.

The City is using Alexander to instruct implicit and explicit bias training as well as leadership training. Although COVID-19 disrupted this training, Robinson stated that 95 percent of the officers went through the training by mid March. Business Climate inquired Alexander on the purpose of the training.

“We can see explicit bias, but it’s the implicit bias that we all want to be aware of. The training gives us an idea where [the bias] comes from and how it evolves within us and our society and how to recognize it,” Alexander explained. “So when we recognize it, we can determine what to do to help ourselves and others.”

Alexander puts an emphasis on making the class a safe environment so that the officers feel they can confront their personal biases without judgement. Alexander said that making participants feel guilty about their biases prevents them from unlearning their behavior. “People learn when they are able to have their own personal process around their implicit biases. That helps them to be conscious of it,” Alexander said. “When we can recognize our biases and talk with others and ourselves, it allows us to be aware of our biases and challenge our biases without fear.”

Unfortunately, there isn’t a way to measure if this implicit and explicit bias training is effective. However, Alexander explained that this training isn’t just a one-and-done course. After the officers have completed the training and some time has passed, Alexander then calls them back in to review the course. This review determines if the officers have retained the information and are able to apply it in their work. “We have to make sure that we find time to bring our officers back because you cannot do one time, check the box training,” Alexander said. “It has to be ongoing in order for it to be effective.”

The leadership training Alexander instructs is focused on establishing the ideal attitude of a leader. “What I’ve learned over the years as a leader of multiple agencies from local, state, and federal government is that my attitude and what I role model within those organizations is more important than anything you could imagine,” Alexander said.

The training covers the importance of the language the officers use when speaking to those they are in command of and the community the officers serve. Alexander also teaches them to examine their attitudes toward people, places and things. The course encourages officers to express challenges they’ve faced as leaders, share advice and provide support. This open dialogue helps the officers improve as leaders. “The Pensacola Police Department has been very receptive to the training. I truly believe they take it seriously,” Alexander said. “They understand the importance of great leadership training in order to provide and function in a way that will benefit their department and this overall community here in Pensacola.”

Alexander is also in the process of reexamining the way the PPD recruits officers. He believes that police departments across the country should do the same. The issue with the way the police force currently advertises is that they focus on the violent, adrenaline fueled aspects of the job. Alexander believes that police advertisement needs to be centered on the most predominant element of being an officer: building relationships.

Redirecting police force advertisements to showcase the nonviolent, compassionate work officers are expected to do will hopefully decrease the interest of violent, hot tempered people. However, that’s only half the battle. Alexander said that the police force needs to think critically about the people they hire.

“We want men and women to come into our police department with a moral compass. You can’t be like those four officers in Minneapolis,” Alexander said. “One officer put his knee in a man’s neck and grounded it into the ground with no compassion. Cavalier in his actions. Utilizing techniques they were not even trained to use on a man who was under control. You have to have officers who are compassionate toward other human beings— who respect humanity.”

Alexander explained that once the right type of officer has been hired, they have to have good supervision that models the expectation of them as professional public safety officers.

After Crawford was killed, the Pensacola chapter of Dream Defenders, a statewide organization, asked that the city implement a civilian oversight board. Alexander stated that he is in support of creating that board, but he would first like to host meetings with the community and leaders about the details. Robinson agreed to form a citizen advisory committee, which is similar to the board the Dream Defenders requested. Robinson appointed Hale Morrissette, Regional Organizer of the Dream Defenders, to the board on June 6. Robinson confirmed on June 8 that he and Alexander are in the process of developing the citizen advisory committee.