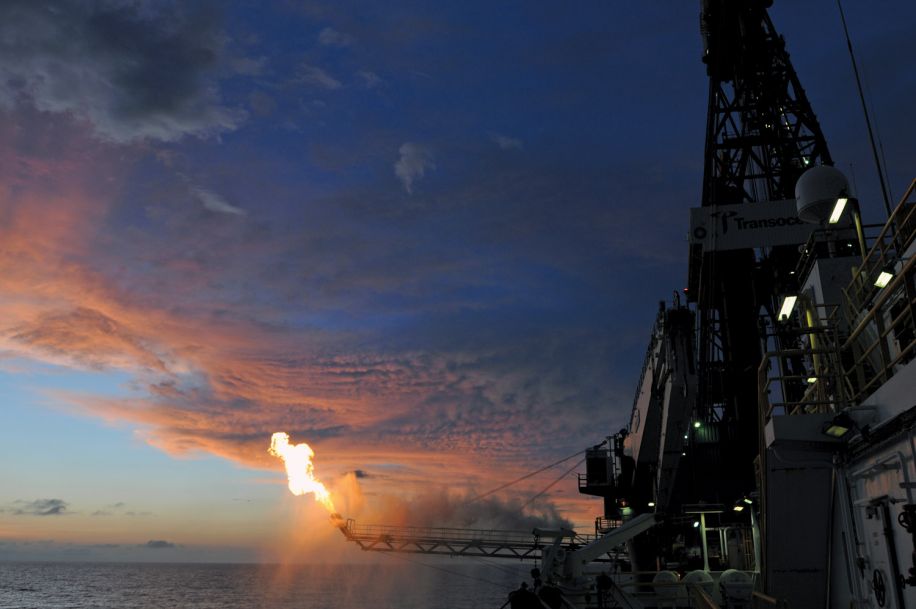 The Gulf Coast has come a long way in repairing the damage done by the Deepwater Oil explosion that caused oil to ripple through the Gulf of Mexico in 2010, creating an unchecked flow of oil that seeped into our coastal waters for three months to form the largest offshore oil spill in the United States.

However, five years after the spill, Escambia County and other Gulf Coast regions are still working to improve the conditions of our environment, economy and infrastructure.

On July 6, 2012 the President signed into law the Resources and Ecosystems Sustainability, Tourist Opportunities, and Revived Economics of the Gulf Coast States (RESTORE) Act, which was the first step to restoring our coastal home and habitat.

Each member assumes a position that represents a different aspect of our community. Two members act within unrestricted at-large positions, while one member takes a position that represents the City of Pensacola. The remaining six members represent respectively the Escambia County financial industry, business community, transportation, government, local environmental advocacy organizations, and citizens at large.

In October of 2014, the US Treasury became responsible for issuing compliance and auditing procedures for the entire RESTORE Act. Before funds can be received by Escambia County they must first go through a scoring and review process, and the county must develop a Multi-Year Implementation Plan (MYIP), which must be submitted to and approved by the US Treasury.

The purpose of the RAC is to develop a plan, solicit public input in the form of online project portal submissions and public reviews of the MYIP. Additionally, the members set goals for Escambia County’s use of any funds received from the RESTORE Act. The Committee is also tasked with reviewing projects before submitting recommendations to the BCC for consideration.

To aid in the project scoring process, Escambia County hired a consulting agency called Dewberry to provide the committee with a technical review as well as a resource for comparing projects. Projects are scored according to eligibility, impact, success, sustainability, budget, and achievability.

As of Oct. 5, a total of 123 projects had been submitted for scoring on the online portal on the RESTORE Advisory Committee’s website.

However, not all projects that are submitted are guaranteed funding. All submittals must be within the 11 eligible activities as outlined within the RESTORE Act.

The 11 eligible activities are those that fall within the following non-exhaustive categories: restoration and protection of the natural resources and ecosystems of the Gulf Coast region, mitigation of damage to wildlife and natural resources, implementation of a federally approved marine or comprehensive conservation management plan, workforce development and job creation, improvements to or on state parks located in coastal areas affected by Deepwater Horizon oil spill, infrastructure projects benefitting the economy or ecological resources, coastal flood protection and related infrastructure, planning assistance, administrative costs of complying with this subsection, promotion of tourism in the Gulf Coast region, as well as promotion of consumption of seafood harvested from the Gulf Coast region.

The Committee will begin evaluating projects beginning Oct. 20 for the Transocean settlement of $10.6 million.

“The public has been awesome,” said Bentina Terry, chair of RESTORE Advisory Committee. “There are a great deal of people who care about Pensacola and how this money is going to be spent, and they have made the project reviewing process better. We’ll evaluate what we have now and make our recommendations to the BCC and, for people really interested, they should follow that. If they’re interested in making an impact on where RESTORE funding goes, they should get engaged and ensure BCC does what the people and that includes downtown advocates.”

Escambia County receives the largest allocation of RESTORE funds out of all Gulf Coast areas affected by the oil spill, including 23 counties in Florida.

This year, Escambia County has been allocated $69 million to the RESTORE Pot 1, which will be distributed to the county over the course of 15 years. The county will not receive the money as one lump sum, but as a stipend that changes each year according to the needs of the community determined by the assessment of submitted projects.

For those who may not recall, Transocean is the company that constructed and operated the Deepwater Horizon oil rig.

Escambia County is expected to receive a total of over $75 million between Pot 1 through Pot 3 RESTORE funding alone, but additional funding is possible since Escambia was listed as a category 2 (likely to receive funding in the future).

Money for RESTORE is further distributed between five “pots,” or additional sources of money allocated to restore our community beyond damages from the oil spill.

There are a few misconceptions about RESTORE funding and the money received by RESTORE from the BP oil spill.

RESTORE is not the only oil spill funding source in Escambia County.

There are private claims awarded to assist people or businesses that were directly harmed by the oil spill, as well as a tourism promotion funding source that issues grants to revitalize affected tourism organizations with local tourism promotion knowledge and experience. Then there’s funding that goes to National Resource Damage Assessment (NRDA) and National Fish and Wildlife Foundation (NFWF). Grants are issued to NRDA to repair environmental damages and lack of use as a result of the oil spill, and grants are awarded to NFWF to boost population of affected and at-risk species fish and wildlife.

“If you got into a car accident and you were driving drunk,” explained Terry. “You get a ticket and pay the county a fine or penalty, as a form of restitution for breaking the law. Furthermore, if it was determined you had beer, you’d incur additional fees for committing the crime of driving drunk. If you also hit a tree on personal property, then you pay for damages to the tree. Additionally, if you injure a person you’d have to pay that individual. The money that goes to Escambia County is the actual fines, or penalties, BP agreed to pay for breaking the law (running the red light). Other funding sources receive money based on fees or damages caused related to nature of spill.”

In other words, each funding source receives money for the specific damages BP has agreed to pay, which include damages to persons and businesses, as well as the environment and economy of Escambia County.

Here’s the breakdown: the money RESTORE receives are from the criminal charges BP agreed to pay for breaking the law (running the red light). On the other hand, the money given to the private claims funding source would be the fines BP paid for damages to an individual or business (injuring a person).  The money that NFWF received comes from BP’s agreement to pay criminal charges (driving drunk). NRDA receives funding from BP’s agreement to pay for damages to the environment (hitting a tree).

“If you’re looking at opportunities for downtown,” said Wilkins. “So much of RESTORE’s proposed projects are taking advantage of BP’s flow of funds and working to improve infrastructure downtown, improve floodwater handling, and improve quality of water. But the projects go beyond natural resources, and aim to make improvements in workforce and economic development, port infrastructure, and broadband availability for internet connectivity and speed downtown.”

Other proposed projects in Downtown Pensacola that will be evaluated if they meet the eligible activity and scoring criteria include a Pensacola MESS Hall new facility planning grant, Maritime sports tourism development project, Maritime heritage and natural trail, Seville harbor breakwater, Veteran Memorial Park improvements, and electrifying the ferry system (speculated to start in Downtown Pensacola and carry passengers over to Pensacola Beach).

These projects include those submitted by Escambia County residents.

“There’s lot of things RESTORE funding can do for Downtown Pensacola like dealing flooding issues,” said Terry, recalling last year’s flood in April when the city received more than 24 inches of rain in 24 hours. “These funds are a great way to fix big issues we have that we wouldn’t be able to fix otherwise. Personally, I want to look for projects that are going to change the face of Pensacola not just put a little band-aid or do something we honestly could have done without the funds. I’d like to look for projects that are evolutionary for Pensacola. This is a one-time opportunity for us to do things that are transformative for our community.”