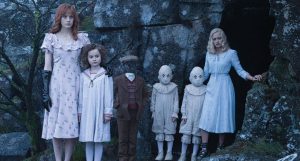 What I got from the preview: Based on the best-selling novel, a group of children with a recessive peculiarity gene lives in a 24-hour time-loop in which their whimsical and frightening abilities can live forever. Prophesied to be the one that can save the children from their supernatural tormentors, Jacob serves as our audience proxy, changing the world as he simultaneously falls in love with it and is terrified by it. The trailer has a dark fairtytale aesthetic, beautifully rendered special effects, and a hint of childlike innocence that lends this magical period piece a bit of Harry Potter-like magic.

Most notable for: The source material has been screaming for a film adaptation since it was released five years ago. Hopefully this movie will see a return to morbid fantasy wonderment for director Tim Burton, whose recent efforts have failed to inspire even his most ardent fans.

Unqualified critical observation: It’s been five years since the last Harry Potter movie landed in theaters, and while this year will see a spin-off of that series, it is no secret that each and every studio is trying to cash in on the enchantment for themselves. I’m more hopeful about this attempt than any previous one, as a renowned director and a truly original story collide for an adventure that promises to entrance children and compel adults. 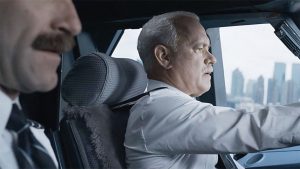 What I got from the preview: This movie takes the real-life events of pilot Chesley Sullenburger—whose famous “miracle on the Hudson” involved gliding a commercial plane to safety, saving 155 crew and passengers—and applies an Oscar bait gloss to it. With frequent and numerous parallels to 2012’s Flight, including NTSB interference and a likeable award-winner in the lead, this film may suffer as a result of the comparison.

Most notable for: Clint Eastwood hasn’t had a directorial hit since 2008’s Gran Torino, which for one of Hollywood’s most prolific and successful storytellers is a big deal. Perhaps his politics have too bluntly immersed themselves in his movies, but there’s nothing like a true story with technical proficiency and Tom Hanks to remind moviegoers why they love a certain director.

Unqualified critical observation: While the source material is thrilling and the talent is present, it doesn’t seem like there’s any “there” there. Just another sleepy movie about a white hero whose bravado is undermined by the powers that be. There’s something to be said about quiet, traditional stories (see Spielberg), but this isn’t the movie to make the argument. 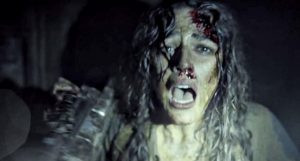 What I got from the preview: A movie that is aware of its own prequel, this entry in the Blair Witch catalog explores the many misadventures of James, whose sister was the main character in the 1999 film that literally changed horror and invented a subgenre. Unluckily for James, he’s kind of dumb, and decides to make the exact same mistakes as his ill-fated sister, dragging his friends on a video-documented investigation of the haunted forest.

Most notable for: Giving horror fans and sequel aficionados alike something neither of them want.

Unqualified critical observation: Remember when Heather from the first movie whispered through fearful cries at the camera, unblinking in light of the terror that was slowly and painfully besetting her friends? Remember the last scene, in which Heather follows Mike into the house after Josh’s demise, only to find him face-down, staring at a wall and awaiting death? The sheer visceral horror of those low-fi moments stay with me and are as synonymous with horror as Rosemary’s baby in the cradle or Jack Nicholson axing his way into a bathroom. This unnecessary and frankly insulting follow-up promises none of that; just a repeat of what we’ve already seen, cheapening and degrading it for a couple easy mill. 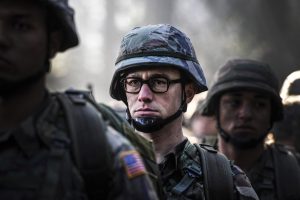 What I got from the preview: NSA employee Edward Snowden becomes increasingly paranoid after he violates federal law and leaks documentation showing court-approved governmental access to Americans’ Google, Yahoo and Verizon accounts, among others. We see glimpses of his time in the Army Reserve as well as his personally tortured relationship with Lindsay Mills. All that, plus cartoonishly simulated “hacking” demonstrations. What’s not to love?

Most notable for: This month’s second true story gives a new meaning to the word “true.” With famously paranoid director Oliver Stone at the helm, expect some artistic license and anti-government propaganda.

Unqualified critical observation: Levitt bears a striking resemblance to the titular character, but I am not holding my breath that the rest of the movie carries such a religious loyalty to the truth. I am looking forward to a fictionalized account of one of the decade’s biggest news stories, but its frequent release delays and anti-government subtext of the trailer does not make me hopeful for its truthiness. For some starter research, watch HBO’s Citizenfour. 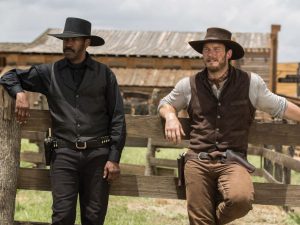 What I got from the preview: This remake of the outstanding 1960 movie of the same name finds seven gunmen, each with different motivations and personalities, who come together to protect a poor village against savage thieves. You’ve got Washington as the sage old gunman, Pratt as the likeable everyman, Hawke as the mysterious sojourner, and more. Throw in some whip-smart dialogue and these underdogs face the odds in typical classic Hollywood fashion, with some modern sheen, of course.

Most notable for: Remakes are a dime a dozen nowadays, but this one, which features mainstays like Washington and new blood like Pratt, as well as a director (Antoine Fuqua of Training Day and Shooter fame) who knows how to handle action, looks like it could actually be pretty good, and that’s notable enough for me.

Unqualified critical observation: While the original was more of an honest-to-goodness western, it looks like this version will have some boyish humor, illicit romance, larger-than-life explosions, and all the necessary ingredients for a summer movie season closer.