Across eastern and southern Asia blooms a flower that has captured the attention of millions. From the lofty Himalayas to the massive Japanese Alps to the islands of Indonesia, the colorful and bountiful camellia plant has migrated west over centuries to become a staple among southern American gardens. Now, the University of West Florida hopes to further the little flower’s legacy by finally cutting the ribbon on their long-awaited Camellia Garden Enhancement Project.

Established in 2007 by the Pensacola Camellia Club and the UWF Retired Employees Association, the Camellia Garden’s renovation comes as a part of UWF’s 50th anniversary as a university. Howard Reddy, the Director of the Office of Community Engagement at UWF, said that the garden itself honors the memory of the people who helped grow the University and the community.

“The transformation of the garden has created an enduring space on campus for rest, reflection and renewal,” he said.

The garden is devoted entirely to the camellia plant, featuring 80 of the 100 varieties most commonly found throughout the Pensacola area. The Camellia Garden is located in front of UWF’s Psychology building – a short distance from the John C. Pace Library – and occupies three-quarters of an acre. “We welcome the community to visit the garden,” Reddy said. 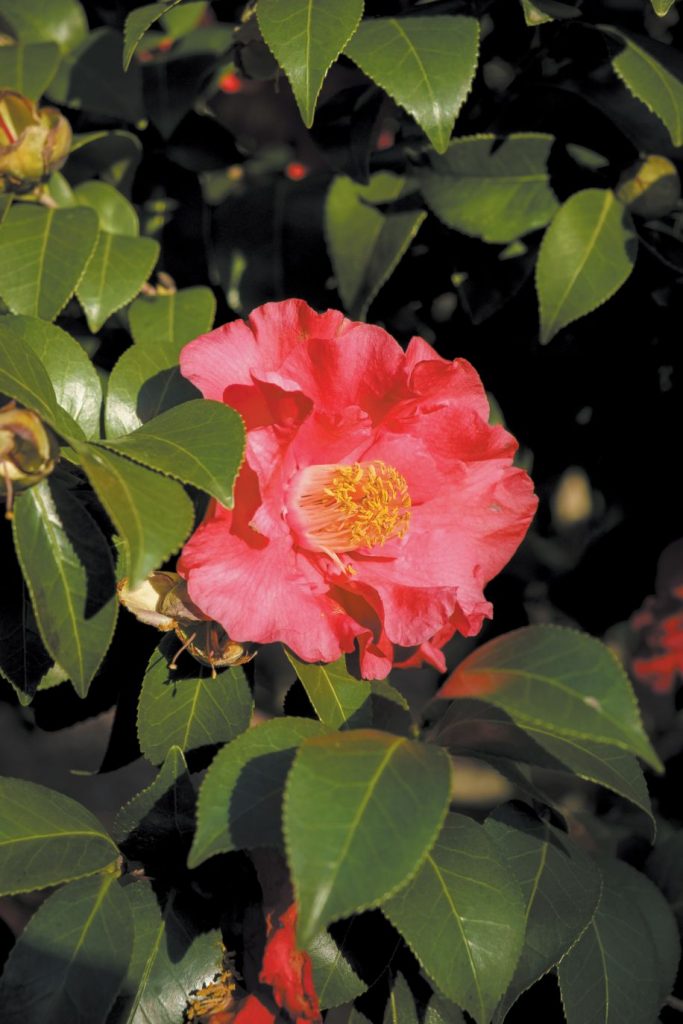 In total, there are 250 to 300 different camellia species, with other species being native to Australia, Europe, and of course, parts of Asia. The camellia itself is an evergreen plant, meaning that its leaves stay green year round and that it requires little attention to keep its flowers. The plant’s flowers and appearance vary wildly, but the most common colors are shades of white, red and pink.

One of the most important camellias, from both a cultural and economic stand point, is the white-flowered Camellia sinensis – commonly known as the tea tree. The leaves of the C. sinensis are plucked and used to make nearly any variety of Chinese or Indian tea, including white, yellow, green, oolong, puerh and black tea, with the actual differences in teas coming from how the leaves are processed.

Norman Vickers, a member of the Pensacola Camellia Club Board, said the first Camellias came to Europe roughly 500 to 600 years ago through the tea trade. “The original U.S. camellia came from England in the late 1700s and is still living in South Carolina,” Vickers said.

As the various plants get older, they will grow many more blooms and grow much larger. Their growth rate varies, but the smallest shrubs are roughly three feet high, while some of the more mature ones can reach a massive nine feet in height.

Not all these blooms are entirely ‘organic’, either. Vickers said since the Pensacola Camellia Club was founded in 1937, they have developed over 60 unique breeds of camellias that can be found within the garden. The reason is that camellias have such a large natural variety and interbreed easily, allowing for new plants with unique colors, bloom patterns and seed structures that set the hybrids apart from their parents. 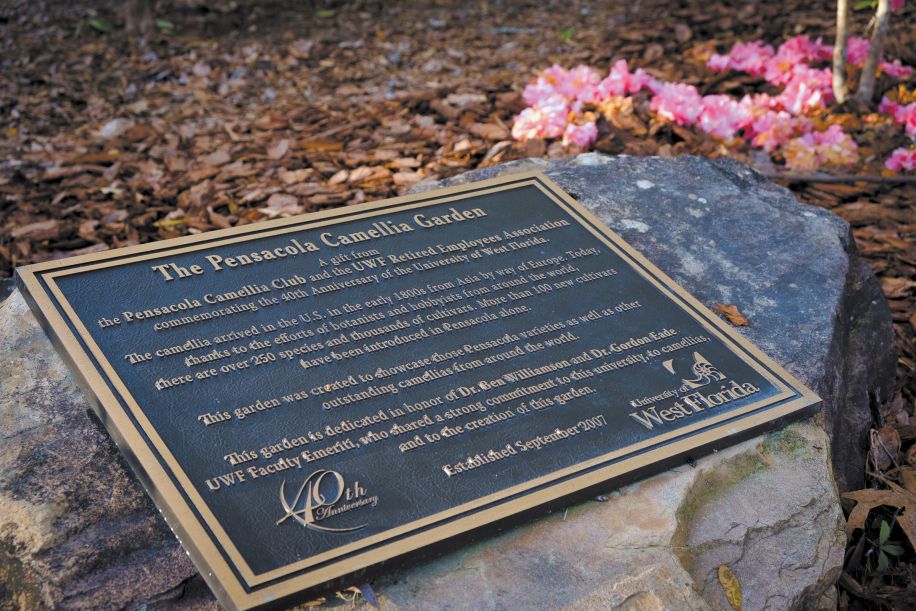 “The focus, though, is on the beautiful blooms, namely C. japonica, C. sasanqua and C. reticulata,” said Vickers, commenting on the variety of the garden. “Other camellia species include a tea plant and a rare camellia that has a lovely fragrance.”

The garden’s renovation mainly focused on making the space more accessible as well as more welcoming. The changes include an education plaza to accommodate tour groups, paved walkways, concrete curbing, informational signage, benches, fencing and improved lighting. The construction, including planning and construction of the actual building, took roughly twelve months according to Reddy.

“There’s a plaque for each camellia in the garden, detailing the name and background of when the camellia was registered,” said Reddy. “The garden will preserve the Pensacola varieties in perpetuity, essentially curating a unique feature of Northwest Florida’s history.”

The Camellia Garden has strong relationships with Camellia Clubs across the country, as well as the large network of garden clubs throughout Northwest Florida. Reddy also said that the UWF Camellia Garden is registered on the American Camellia Society Garden Trail.

The renovation was made possible through donations, including $40,000 from the Pensacola Camellia Foundation, $5,500 from the UWF Retired Employees Association, and countless other individual donations.

“The Camellia Garden is not only an important piece of history for both UWF and the Northwest Florida community, but also a signature feature of our beautiful Pensacola campus,” said UWF President Martha Saunders.

Vickers says that both the public at large and students of UWF have been warm and receptive to the changes to the garden, which mostly blooms from October to April. The Camellia Club itself has held regular tours through the garden ever since it was established, and plans to keep educating visitors and students alike.

The garden’s new additions are just the tip of the iceberg for UWF’s planned celebration for their 50th anniversary. Different events are set to be held throughout 2017, all to benefit and celebrate the University as a whole. “This enhancement project will ensure it remains a protected and cherished space for visitors and students to enjoy for the next 50 years,” said President Saunders.

For more information on the Camellia Garden Enhancement Project, as well as other initiatives for UWF’s 50th Anniversary, visit uwf.edu/50years.