Some say the punk aesthetic died in the 80s, citing the movement got too big and too bourgeois for its own good. Aleyah Riggs, Cintia Nelson and Sophia LaBelle-Plott say otherwise, as their band Sour goes back to the roots of what made punk such a harsh and vibrant sound.

Bassist and vocalist Riggs, 18, vocalist and guitarist LaBelle-Plot, 18, and drummer Nelson, 17, aren’t even out of high school yet, but can be seen at shows all across the city. “Sophia and I were friends in 8th grade,” said Riggs. “And then I met Cintia in biology class, and we started playing together.”

All three were either self taught or had only a few lessons, and aside from jamming together, Sour is their first major band project. Their original name was intended to be The Dead Beats – based on a B-52s song – but the group found that the name was used way too often with other bands or bars.

“We really just had a list of random words, but we had always been fans of Hole,” said La-Belle-Plott. “In her lyrics, Courtney Love always used the word ‘sour’ so we said ‘How about Sour?’ and it kind of stuck.” 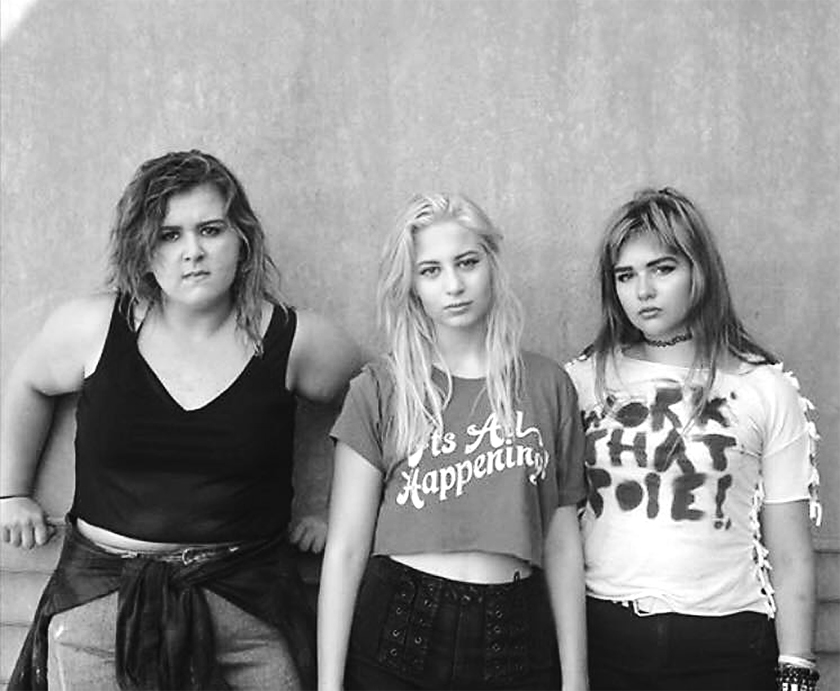 In addition to Hole, the band sites influences including The Pretty Reckless, The Runaways, The Dead Kennedys, Sleater-Kinney, NOFX and a whole slew of other punk bands. Their subject matter is simple at its core — the group says they are just trying to speak their minds.

“For punk music, there might be a golden age again,” said Riggs. “Or maybe at least a pyrite age – fool’s gold.” The group said that part of being a punk is giving back to the community, and Sour has done so by playing feminist benefit shows like the Nasty Women Exhibition, protesting the city’s proposed busking ordinance by playing in the streets, and now performing a homeless benefit concert in May.

At the tail end of the last year, Sour put out their first album, Death on Jefferson St. They plan within the year to once again enter the studio under the Roosterball label to record a longer, full-length LP. The new album is set to have both re-recordings of old material as well as new material, totaling over 10 tracks. In the mean time, the band plans to finish up their senior year of high school and hopefully tour while on their summer breaks.

Sour will be performing at Chizuko on May 6, along with Roswell, Cookies and Cake and Dark Star Coven in order to benefit the city’s homeless. Admission is a $5 donation and a non-perishable food item. For more information on Sour, visit facebook.com/sourofficialband, or to listen to Death on Jefferson St. for free, visit sourofficial.bandcamp.com/album/death-on-jefferson-st.