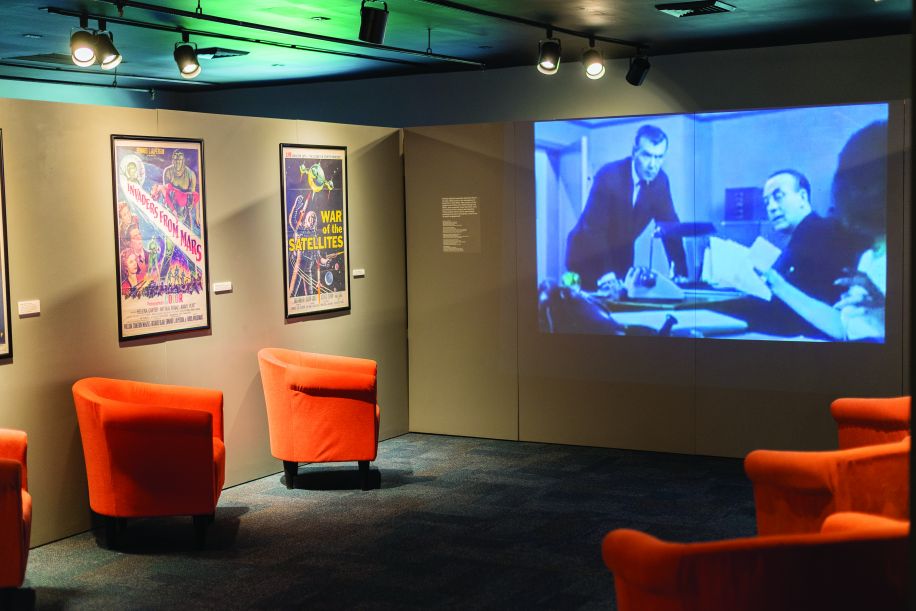 You might be surprised to learn that one of the most impressive collections of screen-used movie props, costumes and related materials resides in Pensacola. But for the first time, a significant portion of this collection is on display in a stunning museum setting.

The Merrill Movie Museum is a private collection of more than 1,000 artifacts from movies and television ranging from pre-production concept art and business documents to finished production pieces used in the making of dozens of different films and television shows, and much more. Brothers Burney, Collier and Will Merrill have been collecting items for decades, and have now teamed with the T.T. Wentworth Jr. Museum to showcase some of their treasures.

“Space Oddities: Selections From the Merrill Movie Museum” is on display at the Wentworth through February, and focuses on items from science fiction films and television shows including the “Alien” and “Men in Black” franchises, “The Hitchhiker’s Guide to the Galaxy,” “Battlestar Galactica,” “Serenity” and “Zathura,” as well as vintage sci-fi movie posters from the Merrill collection. 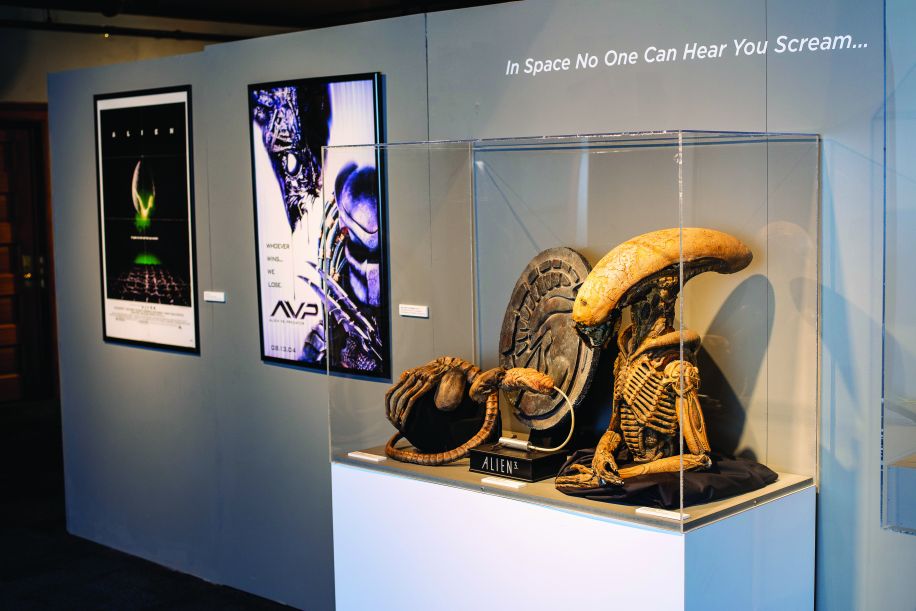 While the brothers — who are well known in the community as the owners of The Fish House, Jackson’s Steakhouse, Atlas Oyster House, Five Sisters Blues Cafe and the forthcoming Angelena’s — have occasionally shown items publicly, including displays to promote Pensacon and in an appearance on “American Pickers,” for some time, the collection has been spread out across multiple locations, with much of it in boxes, making assembling any serious exhibit a challenge.

I was hired as curator of the collection in January 2018, and over time, united all of the items — which have been acquired from auctions, prop houses and private collectors, among other sources — into one space. Once all the items were under one roof, I was able to create a complete inventory and craft a private viewing space in which the scope of the collection was able to be absorbed for the first time.

Representatives of the University of West Florida Historic Trust were among the first invited to view the private collection as it started to become presentable, and immediately recognized the potential in putting together an exciting public exhibit. Over the course of several visits, reviewing multiple items, a decision was made to create an exhibit that would focus on a few highly recognizable sci-fi properties, as well as looking back at some of the grand history of the movie posters of the genre’s golden age. 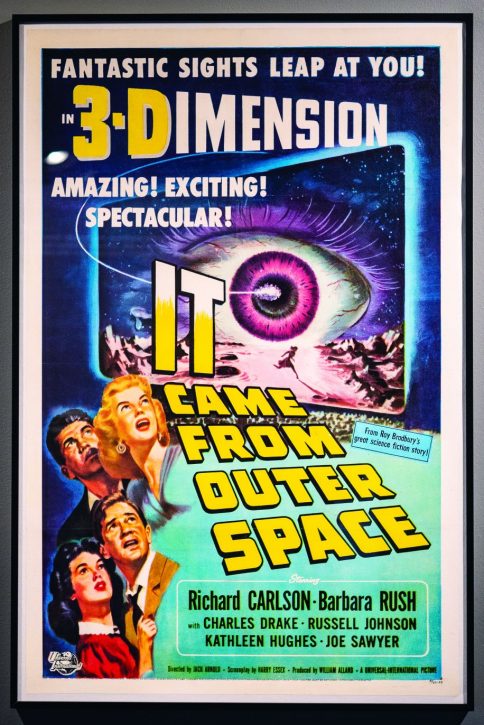 After careful discussion, the Historic Trust team selected some of the most historically significant and all-around coolest items in the Merrill Movie Museum collection for this exhibit. Among the highlights are: 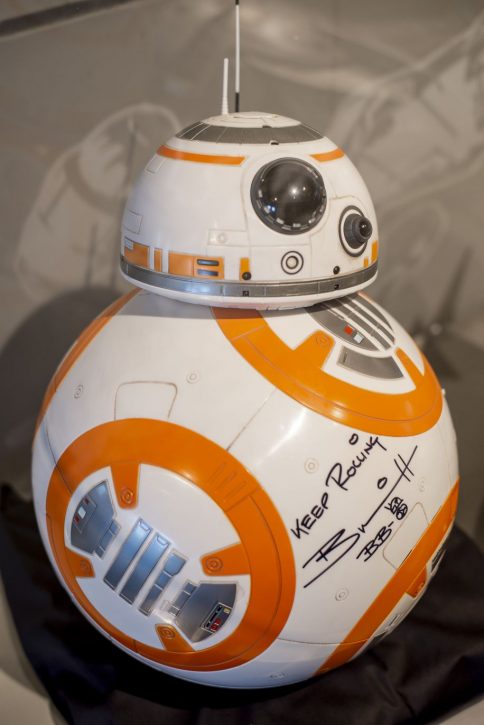