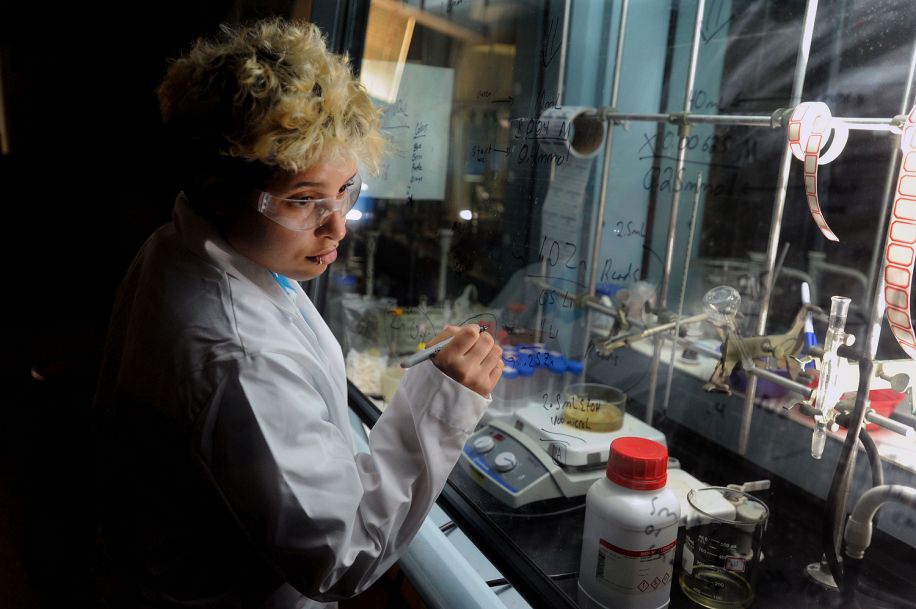 In an increasingly diverse and gender-equal workforce, more women than ever are starting to take jobs once reserved for men and in some cases are becoming their family’s primary breadwinner. It has therefore become important to ensure competitive wages and job security for these relatively new members of the professional labor force. But in a world buzzing with computer science and built on the principles of engineering and math, some women are facing systemic obstacles and having to settle for the jobs of yesterday instead of tomorrow.

Women’s participation—or lack thereof—in STEM (science, technology, engineering and math) fields has been widely reported and is the focus of a number of federal, state, local educational and workforce programs. According to the most recent census data, women make up about 48 percent of the workforce, but only 24 percent of STEM workers. This underrepresentation has continued even as the female share of the college-educated workforce has increased. Even the women who do have STEM jobs can usually be found in physical and life sciences, as opposed to the engineering industries that most often feature the highest wages and greatest demand for measurable skill.

As with most gender-based disparities, this one has huge, far-reaching consequences. For example, STEM jobs pay more—a lot more, according to the Department of Labor. And those who don’t have those jobs find themselves routinely making less than those who do. In this case, that inequity is largely along gender lines and is a big contributor to the oft-cited 75 percent wage gap. As women continue to fall into average-paying careers like education and nurse-level healthcare, and as men continue to fill more technical vocations, the wage gap will likely increase. This leads to less financial independence, less resources for further education and so on. Women in STEM is a crucial aspect of the larger systemic problem of female viability and marketability in the workforce. 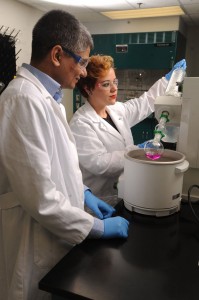 If women are just as capable as men at understanding complex equations and solving quantitative problems, which they are, why then don’t they simply enter those disciplines? According to a 2011 study by the Department of Commerce, the answer is multivariate.

First, there are social and family issues in play. Gender norms over the years have created very traditional market demands—trucks and computers for boys, dolls and kitchens for girls.

From a young age, it is impressed upon our psyche that we more naturally fit in one role over another. Later in life, young women have fewer role models that are engaged in the sciences with whom they can identify.

Even women who clear those obstacles will find job-based roadblocks. STEM career paths are less accommodating to people cycling in and out of work to raise a family. An issue that seems to transcend all female age groups, according to the National Center for Women and Information Technology, is a lack of confidence. Despite actual achievement levels being similar for boys and girls, young women often report lower confidence in themselves to tackle these more difficult subjects.

In Pensacola, we have the Institute for Human and Machine Cognition, nationally recognized programs at the University of West Florida and Pensacola State College, and forthcoming projects with Space Florida. The city is poised to become an engineering and computer science hub in the Panhandle, and with that upward trajectory comes the responsibility of ensuring that women who want to participate feel welcome to. We also need to make sure that our city’s future generations of women know, even from an early age, that math and science is not just for the boys.

Combating these social and economic issues is a huge undertaking. Thankfully, there are powerful women and effective programs in our region that are doing just that, solving systemic problems, breaking down barriers, and serving as role models to young women everywhere.

Alexis Janosik is a professor and department advisor at the University of West Florida. She holds a doctoral degree in marine biology and regularly advises young women in pursuit of a higher education STEM degree. Recently, she said, she has seen more and more women interested in and engaged in the sciences. 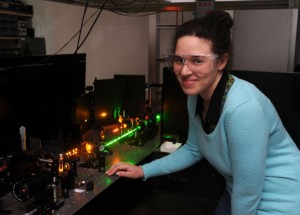 “I think recently there’s been less of a focus on women staying home and doing traditional things we expect them to do,” said Janosik.

While in pursuit of her degree, she had to go to exotic locales and intensely hot and cold climates to conduct research. She was surrounded by men and sometimes heard whispers that she may be unable to perform some of the more strenuous work.

“I just told myself that I can do this,” said Janosik. “I taught them not to judge a book by its cover.”

Nowadays, Janosik happily reported, her male colleagues and superiors are very supportive and encouraging of all her endeavors and very much view her as the equal she is. She is optimistic about the future of women in STEM, because the job characteristics that women value are slowly becoming more mainstream.

Education for women has changed, too, according to Janosik, and she sees that making a positive impact for girls in the future.

“We combat some of the bias women may feel with exciting, high-impact, experiential learning,” said Janosik.

Elsewhere at UWF, Erica Jordan teaches development psychology to undergrad and graduate students. While the student population is largely female, she said, those in the faculty are still mostly men. She talks often with minority women students about overcoming the obstacles they face to pursue their scientific dreams.

“Guys are often more confident, I think,” said Jordan. “They often just deal with things. Women prize mentors, and I’ve been lucky to have mentors in my life that help me when I doubt myself.”

Actively pursuing and fostering women in the sciences is not just about a female presence, though. Studies have shown that diversity in any vocation, especially engineering and the like, bring about new ideas and fresh approaches to age-old problems.

“Diverse ideas are the best ideas when it comes to science,” said Jordan. “Years ago, the studies that were published were only applicable to men because they only studied men. There’s a huge gap in our research when it comes to women and minorities. We need to have different races, sexual orientations and cultures represented.”

Often, women pursuing STEM degrees will experience the imposter syndrome, a psychological phenomenon in which people are unable to internalize their accomplishments. Instead of believing that they are successful because of their own grit, they assume they are only there because of luck. 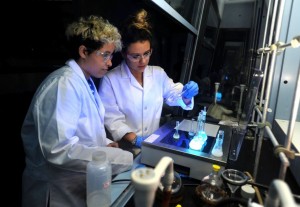 “They feel they don’t genuinely belong,” said Jordan. “We need to talk about those issues and build trust so that women know that they belong in the classroom or in the lab as much as men.”

Higher education is not the only place where mentors for young women can be found. At various organizations throughout our region, programs are being enacted that make science and math fun for young girls, with projects tailored to their interests and teachers who encourage and praise them.

One such program is called PEGASUS (Play, Engage, Grow, Achieve…Summer of Uplifting Science), an all-girls science and technology camp at Pensacola State College. Physics and biology faculty at the college started the series of courses in 2014 to encourage young women to pursue educational and career tracks in STEM. Combining arts, crafts and creativity, the girls make functioning telescopes, realistic skeletons and more. In its first year, the program cost just $250,000 to put on, which included salaries, supplies, facilities and more, a small price to pay for the future of our workforce.

“Last year we had 30 participants and we hope to get more funding and expand more in the future,” said Matthew Drum, department head of biology at Pensacola State College. “We’re hoping to demystify the sciences for young girls. They are underrepresented right now but completely capable. Without them, we are missing out on a great asset.”

Programs like these are important to offsetting the national trend of female underrepresentation in the sciences, and are slowly popping up around the country as part of initiatives like the National Girls Collaborative Project, PBS’s SciGirls, and Pathways to Science. The Department of Labor estimates that there will be 1.4 million computing-related job openings by 2020. At current rates, we can only fill about 30 percent of those with trending bachelor’s degrees. These projects hope to fill that gap with a largely female population.

“I think we can start a positive trend of women in STEM if we encourage girls to stick with the harder subjects the same way we do boys,” said Drum. “Right now they have to jump through a lot more hoops than men. We need to change that. With PEGASUS, I think we started to change that. You could see their eyes light up. We got a lot of letters from parents saying that their kids registered for a science class of their own free will for the first time.”

Other programs help kids who are even younger all year around. The MESS (Math, Engineering, Science and Stuff) Hall in downtown Pensacola is a hands-on museum where kids get into the nitty-gritty of science, learning through experience how light bulbs are powered, helicopters fly, soil is eroded and more. It is here, where fun and learning intersect, that girls can truly begin to gain an appreciation for STEM without even realizing it.

“We offer a lot of programs for a variety of ages,” said MESS Hall founder Megan Pratt. “We do Science Friday Night, which we’re doing in conjunction with Gallery Night so parents can drop their kids off to learn and have fun while they go to dinner. We also have special programs for middle-schoolers such as game nights so older kids can have something different to do.”

With these strong programs and even stronger women leading the way for young girls to be interested in the sciences, it is fair to say that the future of technology Pensacola will be in very capable hands.

“No matter what you do, there are going to be hurdles,” said Janosik. ”So don’t let anything, gender or otherwise, stop you from driving yourself to be more successful.”