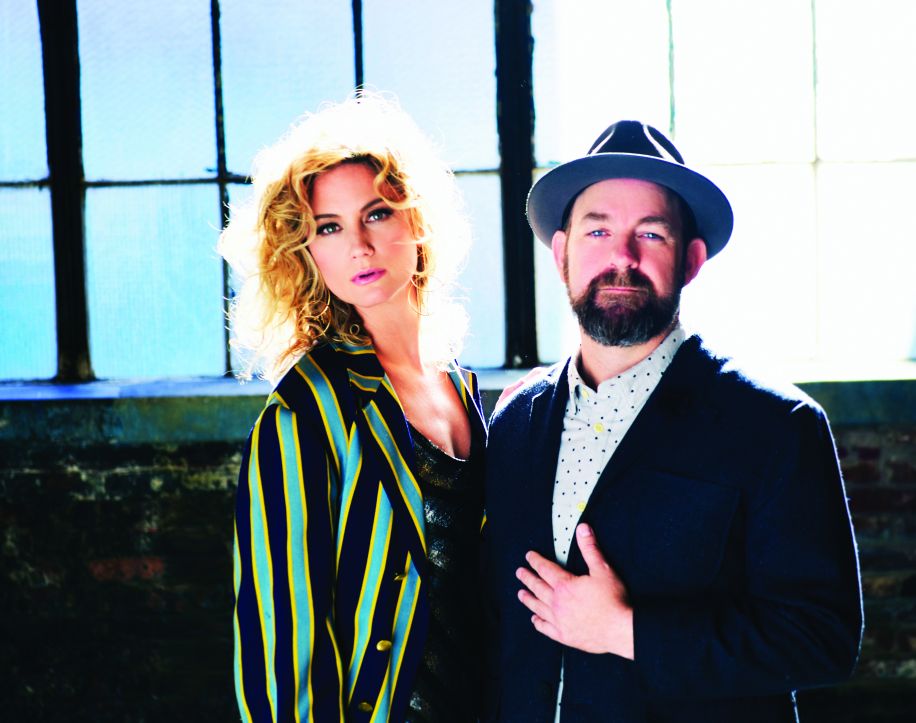 It’s been eight years since the country music duo of Jennifer Nettles and Kristian Bush, better known as Sugarland, released their last record, Incredible Machine. The Grammy winners best known for their 2006 song, “Stay” went on hiatus in 2010 and fans wondered if they’d ever return. Now they’re back with a new record, Bigger, and are embarking on a nationwide tour. They’ll play the Pensacola Bay Center on July 26. Kristian Bush talked to Downtown Crowd about reuniting with Nettles, making the new record and what it means for Sugarland to be back.

DTC: It’s been eight years since the last Sugarland record. I wonder if you ever thought you’d make another? When you went on hiatus did you know you’d be coming back or was there a chance that Incredible Machine was going the last one?

Bush: You know we’d always talked ¬– whenever we decided to stop – we said, ‘Well, is this over?’ and we were like, ‘No, this is not over,” but when are we going to start back? We decided we were just going to leave it open ended and not really say anything to anybody and kind of wait until we felt like it was the right time. That record (Incredible Machine) it never felt like the last record to me. It never felt like an ending. So, did I expect that we’d be making the album we just made? Weirdly, probably, but I had no idea until we started making it. It kind of snuck up on us.

DTC: I think I can understand that. So why now would be the question then.

Bush: I would say we didn’t understand the why now until we got three songs into it. I think that’s a function of getting to know each other again. We kept pretty separate lives (during the hiatus). We talked about things like she got hurt falling off a stage one day, I called like, ‘Are you OK?’ My dad passed away and she was like, ‘I’m so sorry,’ things like that because you’re human beings and you’re friends, but if we had worked on each others projects or had been involved creatively with each other they would have called it Sugarland, so we had to keep it separate. But I think when we got into song number three – “Bigger” was the third song we wrote for the album – I was really just talking about what it’s to be a dad. I have a daughter who just turned 13 last week, and how do I explain to her what’s going on? She’s such a mockingbird, she sings everything she hears on the radio. She has pretty discerning taste, but she is absolutely singing things that, ‘Holy smokes, did that just come out of your mouth?’ And I thought to myself, well I wonder if there’s anything that I can write for her that I would be proud for her to sing? (Something) that would give her information about how do you handle the world around you right now, and the way they treat women right now or the way they’re talking about women, or the power of women and how much power they should have. While that fits in the Sugarland ethos, it was more important just as a parent, and Jennifer and I were suddenly talking to each other as parents and how do we describe the world around us to our children? And then we figured out within a couple of songs why we’re doing this album right now. It’s because we’re trying to explain this to our own kids and in turn maybe there’s a reason why Sugarland comes back right now.

DTC: You kind of touched on this, but did it take time to adjust to being back together or was it just like getting back to old times?

Bush: It’s kind of cliché, but it was like riding a bike. The first song we wrote in 45 minutes and it was a song called “Still The Same,” and it’s on the record. And it’s very comforting to feel that. That’s a place that could normally cause anxiety that really created a lot of joy.

DTC: How do you think country music has changed in the time since Incredible Machine and where do you see yourselves in that landscape?

Bush: I think it’s changed a lot. I remember we put out Stuck Like Glue and they were like, ‘Why are you rapping?’ and now there’s like Sam Hunt where you can’t even tell when he’s singing. I think that the listenership that kind of defines country music just expanded unbelievably wide since the last time we made a record. So the things that we were doing that felt very progressive, people were kind of looking at us funny like, ‘Are you sure you want to do that? You’re kind of being artsy.” And the question we always asked was, ‘Well, do you like it? Would you play it on the radio?’ And I think that’s the same conversation you have with these new artists. So the margins I think have really expanded so what we’re doing suddenly we fit in a lot more than we ever did.

DTC: Not that you changed, but that country music came out to you more.

Bush: Yeah, or, you know, we’re a female led band and I love to write songs about female empowerment and we just kind of skipped bro country.

DTC: So how do you think this new record is either similar or different to your previous work?

Bush: I think it’s similar in that a lot of hearing is literally just Jennifer and I sitting in a room. There’s not a lot of cowriters on this album, there are not a lot of fears on this album there’s a whole lot of courage. If it sounded a certain way, we’re like ‘Yeah, that sounds right let’s just do that. What are they going o tell us? No?’ So there was a lot of artistic liberty taken with the music and performances. We just all got better at what we do. So I think it feels the same because you’re listening to a distilled version of Sugarland, but it also feel like it’s different because it’s very much modern and today. Like all the sounds I used, all the sounds the players used, everything I supposed to relevant. Even the topics and the conversations, we’re not hiding from anyone. We’re here. For better of for worse, we’re showing up.

DTC: You touched on this a little bit talking about writing for your kids, but what influenced you or what were you thinking about when you were creating this record?

Bush: I think we were having conversations. That’s what’s this whole record is, it’s two people kind of catching up with each other and looking at the world around us as the people that we are now. In some songs we’re trying to describe to our kids – whether its “Bigger” or “Tuesday’s Broken” or “Not The Only” – like how am I to describe what’s in front of me? And then there was kind of the joy of how the two of us love groove. Something like “On A Roll” or “Lean It On Back” are these songs that you would expect from us suddenly you get to hear the Atlanta backbeat in your country music again. I imagine that for a lot of people my hope is that this is a first record. Like the energy of a first record where you have to convince people. They’re not being it because they’re a superfan, they’re buying it because I head this on the radio and I bought this and I loved the whole thing. That’s what I’m looking for.

DTC: So you released a solo record during the hiatus, and Jennifer put out three. How do you think y’all are different as a duo as opposed to being solo artists?

Bush: It’s obvious but I’ll say it anyway: There’s things you can do together that you can’t do apart and there’s things you can do apart that you can’t do together. I think that little tiny twist of thought holds more truth about all of that than you could ever imagine, There’s a certain kind of of songwriting that happens uniquely when her personality and my personality get together ¬– the way we hear melodies together, where we agree on a theme. Where we agree on all those things happens in a very small space and that’s all of Sugarland.

DTC: Well I guess the last question is, is Sugarland back? I this the beginning of more to come or is this it?

Bush: Oh gosh, we’re just getting started. I don’t think any of this effort would be happening with a real accountability from everybody. The record company is excited, fans are excited, we’re excited. At the beginning you don’t really know if anybody is going to take you seriously or remember or be part of wanting to do this, or if people are suspicious or if they don’t want to do commerce or art. We’ve always led the commerce with art, instead of the other way around. We always make something and then find out if there’s anybody around that wants to go in with us on this. So it doesn’t feel like a money grab. It feels like the reason we’re here is to talk about these songs, to talk about your life and to give you a couple hours of show to make it feel better out there because it’s a weird world.