By Hana Frenette and Tanner Yea

On June 17, Pensacola’s LGBTQ community will come together to kick off the sixth annual PensacolaPRIDE festival in downtown Seville Square.

The event is hosted by GayGrassroots of Northwest Florida and will offer a variety of family friendly elements: local food vendors, arts and crafts booths, cold beer, specialty drinks, informational booths, and musical acts throughout the day.

The mission of GayGrassroots of NW Florida is to bring together non-partisan activists to advocate for full understanding, respect, equality and inclusion of gay, lesbian, bisexual, transgender and questioning persons living in northwestern Florida. Aside from a beautiful, fun day in the park, GGNWF also uses the PRIDE Fest as a vehicle to offer LGBT advocacy training workshops, national activists lectures, and the opportunity for the community to come together to learn more about civil rights and community involvement. 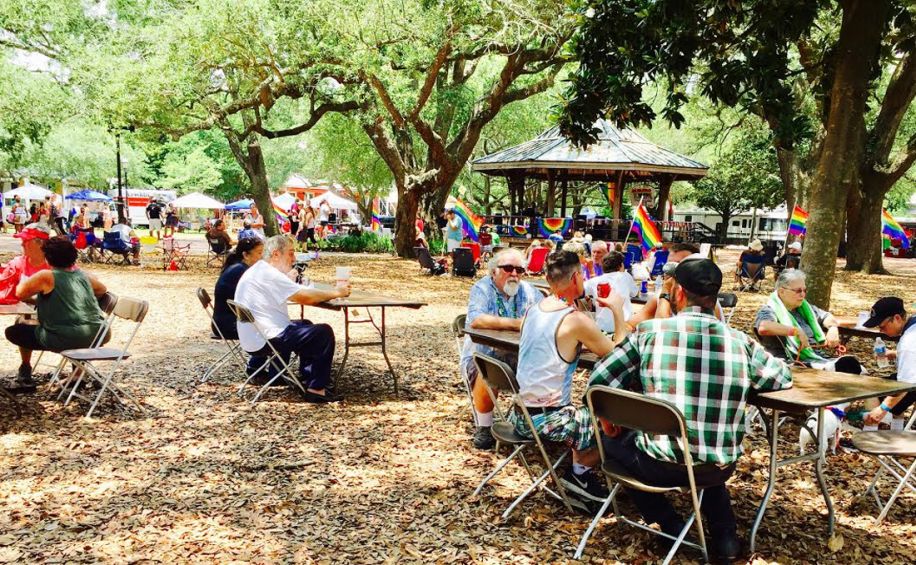 GGNWF representative, Louis Cooper, noted that many cities celebrate gay pride all during the summer, specifically in June, as a commemoration of the Stonewall riots in 1969 in New York City.

“That was the first time that the LGBT community had resisted,” Copper said. “Stonewall was a gay bar in Greenwich Village and was raided by the cops, and the people inside fought back, and rioted in the streets. It was kind of recognized as the start of the modern day gay rights movement. A year after that the first gay rights celebration was held in New York.”

The theme for 2017’s PRIDE Fest is “Reignite the Fire,” which Cooper says is a reminder to the LGBTQ community to keep fighting for equality.

“We chose “Reignite the Fire” as the theme to remind the LGBT community not to rest on our recent accomplishments, most notably, the 2015 Supreme Court decision that legalized same sex marriage,” Cooper said. “We need to look no further than the mean-spirited so-called “bathroom bills” that seek to keep transgender Americans out of restrooms and locker rooms to see that there is much work to be done. We hope the LGBT community, and our allies, will use PensacolaPRIDE 2017 as an impetus to reignite the fires of compassion, equality and love in our hearts and minds.”

Raise your glasses and celebrate the time-honored tradition of brewing at the 5th Annual Fish House Craft Beer Fest, held at the Fish House Deck on June 17. Held as a way to get a taste of different beers throughout the Gulf Coast region, the event will have over 50 varieties to taste.

“We feature local home brewers, local and regional breweries, and breweries that aren’t even open yet but want to get the word out,” said Maria Goldberg, the director of marketing for Great Southern Restaurants. Admission gets you a free glass for unlimited tasting of both the beers and spirits on offer. You can also get a pretzel necklace to snack on between sips, or just relax and listen to the live bands.

This indulgence is not all for fun either, as proceeds go to a good cause as well. Great Southern Restaurants has partnered with Big Brothers Big Sisters for the event. They will have a station during the festival to answer questions and provide sign-ups for those who wish to volunteer. “There is a shortage of big brothers specifically, so we hope we can get a few sign-ups,” said Goldberg. “It’s going to be a lot of fun either way, and it’s going to a good cause.”

The 5th Annual Fish House Craft Beer Fest occurs on June 17 from 3 to 6 pm. It is a 21+ event, and admission is $20 before June 1 and $30 afterwards. Tickets can be purchased at the Fish House or online at greatsouthernrestuarants.com/shop. For more information, visit the Fish House or call 850-912-6622