As Executive Director of the Downtown Improvement Board (DIB), Curt Morse has both a professional and personal interest in ensuring residents and visitors alike are enjoying their time in downtown Pensacola. The very mission of the DIB is to tirelessly enhance and promote Pensacola as a vibrant destination, and in August, the organization took a big step forward in their quest to learn more about how they can make downtown Pensacola more enjoyable. 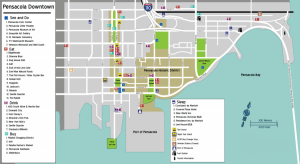 Morse hired an Atlanta-based research and consulting firm, Majority Opinion Research, to conduct a Net Promoter Score (NPS) within the downtown area, and gleaned exactly what people liked, along with specific things they hope to add to the streets of downtown.

“There’s a business adage that says, ‘if you can measure it, you can improve it,’” Morse said. “Clearly we can measure customer satisfaction. So by measuring and benchmarking it, we can now begin to pick those things that are important to the user of downtown and improve them.”

Morse noted the ultimate goal of acquiring a NPS is to have a definitive starting point for user satisfaction, and to then begin designing and refining programs to improve that score. A total of 202 downtown satisfaction surveys were completed between August 22 and Sept. 18. Of the 202 surveys, 180 were conducted through interviews on tablets with people within the downtown area, and 22 were completed via an online survey that was sent out by the DIB. The DIB sent the survey to a total of 654 individual email addresses. 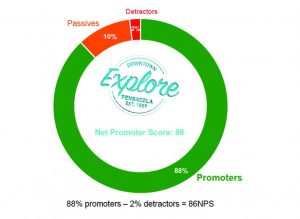 Jeff Shusterman, President of Majority Opinion Research, explained that the survey questions were developed to align with current or potential DIB initiatives and to help direct future plans. “Ultimately, this study and its results mean that Downtown Pensacola now objectively knows how it is perceived today, has guidance to maintain and improve positive perceptions over time, and has the mechanism to track the impact of future efforts to maintain and improve the downtown area,” Shusterman said.

The surveys shows at any given time, downtown Pensacola patrons are a mix of residents (86 percent) and visitors (14 percent.) The average age of adults is 42, although 40 percent of people surveyed were identified as millennials. The average household incomes are nearly $74,000, although 41 percent have incomes under $50,000 and 20 percent have incomes of $100,000 or more.

The survey responses were ranked on a 10-point scale and included questions regarding feeling safe downtown during the day and at night, family-friendliness, availibility of dining options, presence of a vibrant nightlife, local economic conditions, parking costs, and shopping options.

“While nearly six out of 10 downtown patrons and stakeholders can not think of anything missing from downtown Pensacola, others would like to see more parking, public restrooms, additional retail shops, more clubs (dancing and comedy), and more diversity,” Shusterman noted. 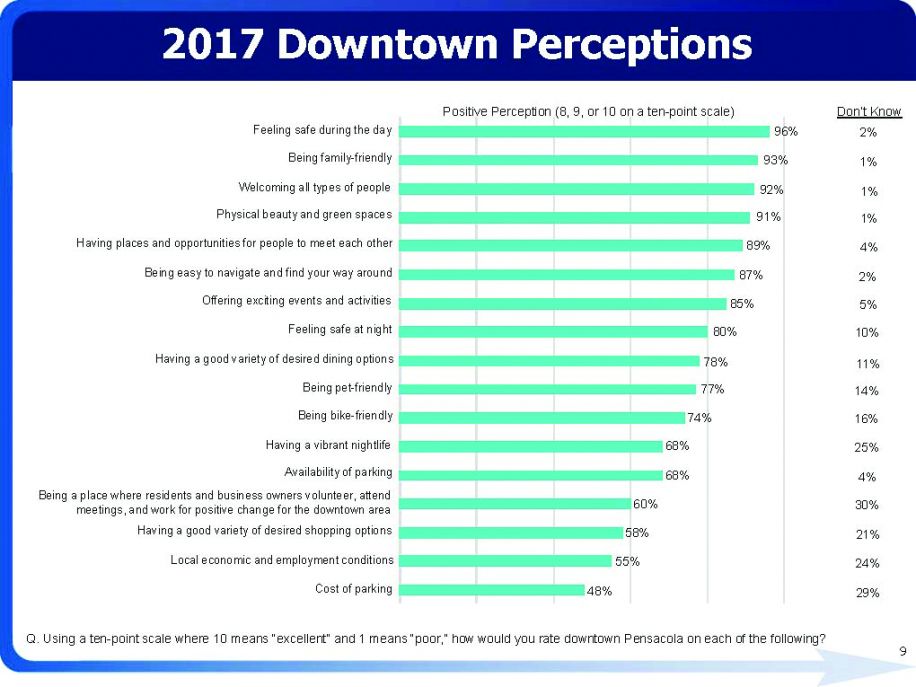 Other suggestions from survey takers included “more mixed retail,” “major stores or more options for mainstream clothing,” “things for 16-21 year olds to do that are reasonably priced,” “and more cultural diversity, shopping diversity, and restaurant diversity.”

More than 61 percent of survey takers also stated they were “very/somewhat” interested in a bike share program coming to the downtown area. Shusterman said the primary value of the NPS is that the scores have been shown to have a strong correlation to business growth and serve as a predictor of future growth, more so than other measures of satisfaction.

“It’s also a single, easy to understand number that can be communicated to stakeholders,” he said. “While many other measures will also be tracked over time, the NPS is a single number that represents overall strength of the brand and becomes the most watched number in trending increases or decreases in the perception of that brand – in this case, downtown Pensacola.”

Many companies and cities that choose to acquire an NPS continue to survey regularly in the future in order to track their progress and public perceptions. Morse noted the city plans on surveying annually in order to gauge the overall perception of visitors, residents, and stakeholders.

“We’ve uncovered some things to do better, and we’re going to use this to benchmark our future successes. Next year our score should hopefully be in the 90s,” Morse said.