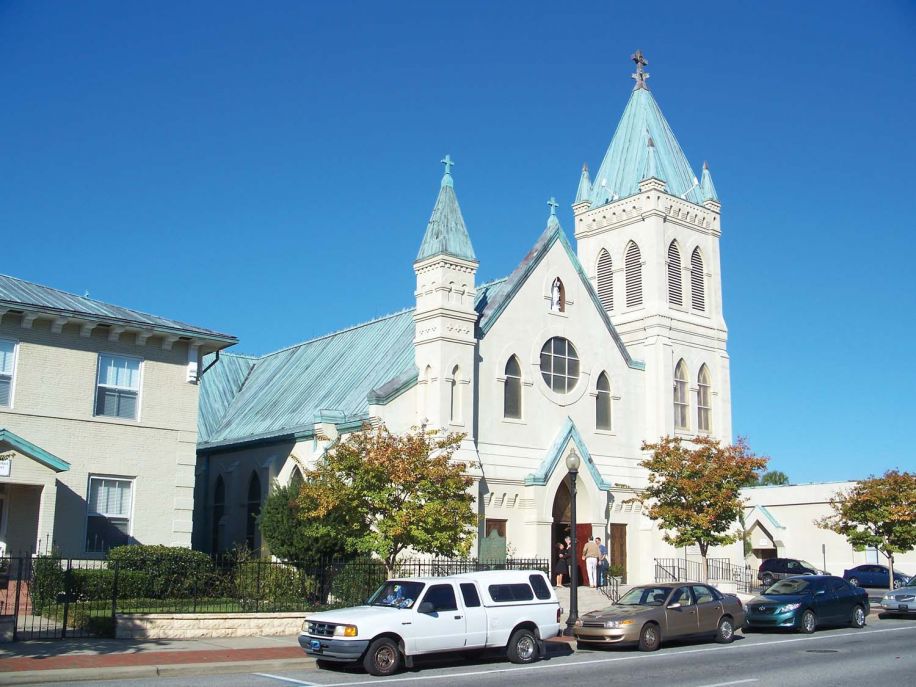 Pensacola’s southern downtown gets most of the attention regarding historic significance, but toward the north of Palafox is a site rich in culture, religious history, and architectural wonder.

The Basilica of St. Michael the Archangel—more casually referred to as St. Michael’s church—has had an uninterrupted presence in Pensacola since 1781 and it is one of the oldest Catholic churches in the south. It also features the distinction of being a designated minor basilica, a title of honor bestowed by Pope Benedict XVI in 2012. After changing sites several times following fire and other tragedies, the current site was purchased in 1885 for just $3,500 and dedicated in 1886. Much of the 130-year-old construction is still intact, including the structure itself, the altars and the roof, but much has changed, as well.

The oak pews, sponsored by families of the church, came in a few years after the dedication and the 25 stained glass windows were installed in 1920 after being custom-made in Munich. In 1986, the 14 papier-mache and horsehair cross-stations were marbleized.

There is more change on the horizon, too. On Jan. 6, work will begin to hurricane-proof and clean the stained glass windows, as well as repair the framework surrounding the windows. The renovation will take about four months, according to the Very Reverend Joseph Callipare, who has been with the church just over two years.

“Right now, you can’t see into the church during the day, nor can you see the stained glass art,” said Callipare. “This renovation will change that, and address some much-needed repair work.”

The bell tower will also feature six new windows along the stairwell to the choir loft that will celebrate St. Cecilia, the patroness of musicians.

The church’s historic and spiritual importance is noticed by the Vatican, as well. St. Michael’s is one of only eight dioceses in Northwest Florida designated as a pilgrimage church for the Jubilee Year of Mercy. In early 2015, Pope Francis announced for only the fourth time in church history an extraordinary Jubilee Year of Mercy, a collective answer to the evil in the world and an offering of special graces from the Father of Mercies. The Jubilee Indulgence is received by having passed through the Door of Mercy, something that St. Michael’s boasts, and it is considered a substitute for making a pilgrimage to the Major Basilicas of Rome.

Not simply an agent of the Catholic religion, Callipare is very happy to endorse various public initiatives that extend church’s reach beyond its loyal 200 families.

“We are open each Gallery Night and during the morning of the Palafox Market for tours,” said Callipare. “I have a team of 24 parishioners—eight teams of three—who work to monitor the church’s exposure to the public. As a result, we’ve received about 2,000 more visitors in 2015.”

The church has also begun offering concerts. In early 2015, they had double-organ and cello showcases, and on Jan. 8 and 9 they will offer a joint piano-organ concert. The church staff also works to provide about 150 sack lunches to the homeless every month. All of this is part of a mission to expose the church to those who may not routinely visit.

“Our goal is to help those on their spiritual journey to God,” said Callipare. “We do that by giving the prescription to receive those blessings.” 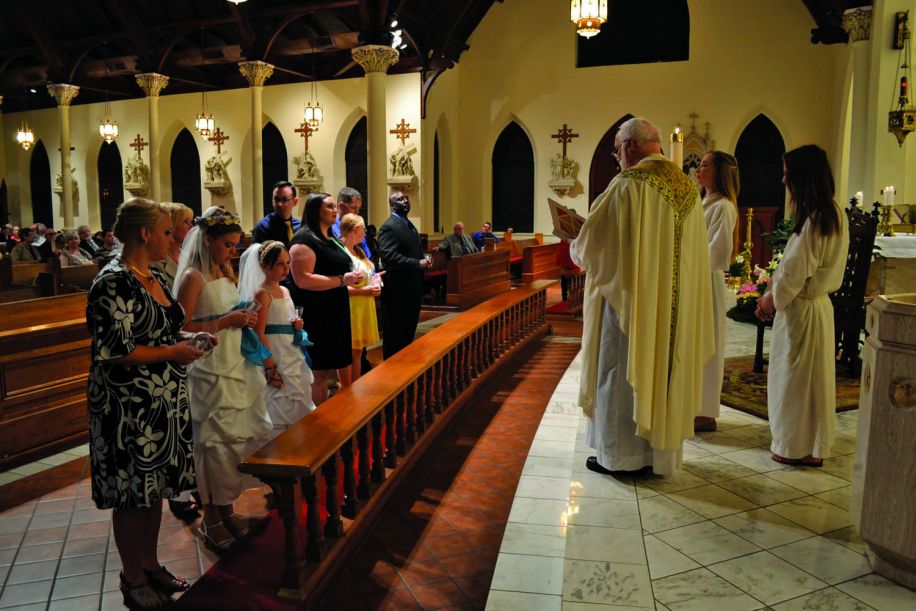