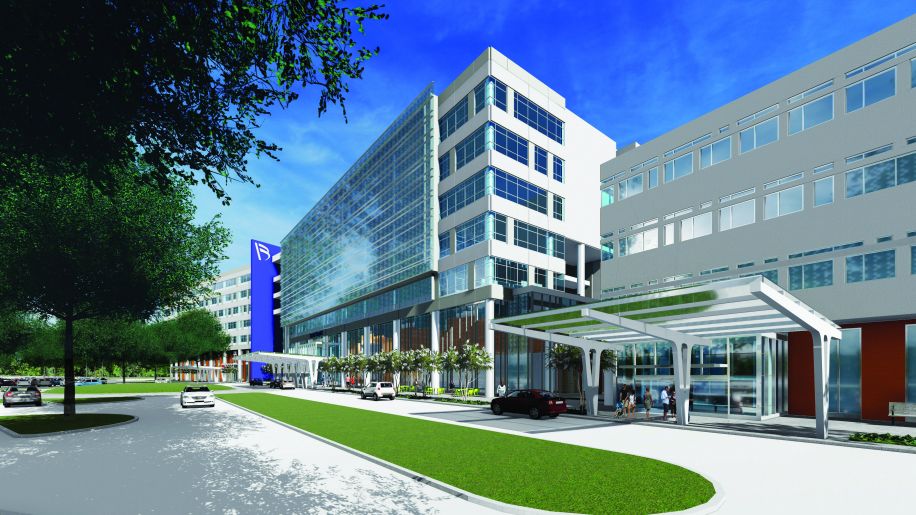 On June 26, Baptist Healthcare President and CEO Mark Faulkner took to the podium at a news conference to announce plans to build and open a new main campus hospital complex at the Brent Lane and I-110 corridor. The new campus will replace the old main hospital located on the corner of Avery and E Streets, which has been in operation for nearly 70 years.

The news came after weeks of speculation in the community, and years of planning and research at Baptist. According to Faulkner, original ideas included expanding and building onto the current main hospital, but it quickly became apparent that the hospital lacked the ability to modernize in a way the community needed.

“This started with the recognition that we needed to makes some investments for our community and for the quality of care people receive,” he said. “It began with an evaluation of our current main campus and its capabilities, age and layout. We had consultants come in and give us their insights and they said we could renovate and expand some things because we need more space, but at the end of the day, the way that’s going to be configures is not going to be able to get to the core which is 70 years old. So you’re left with an odd blend of old and new with the core, which is untouched.”

With the decision to build an entirely new hospital, Faulkner and his team at Baptist set their sights on finding a good location for the new hospital. After economic research, Faulkner was advised that the best place for the new hospital would be in the northern part of the city, near Fine Forest and Nine Mile Roads. Strictly from an economic stand, that would have been a good move. However, the leadership team and board from Baptist decided to stay in the area to continue helping the community around the current hospital. After piecing together bits of land, including the purchase of the old Southern Buffet and the land on which the Good Time Tour bus charter currently sits, the Brent Lane and I-110 corridor was chosen as the new campus location.

While the location and overall campus map has been decided, there is still a lot of planning to happen for the inside of the hospital. A major plan for the new hospital is to create a new feel and to modernize the medical technology that is available now. Baptist plans to revolutionize hospitals with the new campus. While most hospitals may feel like an unending labyrinth of white corridors and offices, goals for the new hospital include a streamline design that plans around the needs of patients. For example, the new hospital has plans to offer technology to make visiting different offices less cumbersome. Ever given your name, date of birth and other personal information about four times at different offices in a hospital? Updates to technology and hospital systems hopes to eliminate redundancies such as that.

“We want to create a whole different experience,” Faulker said. “A hospital that doesn’t feel like a hospital, that’s not built around ourselves but built around the needs of you and the community and visitors and guests and patients. This is a new opportunity to rethink the way we deliver healthcare in our community.”

Both inpatient and outpatient services will be offered at the new campus, though Faulkner did say Baptist will not get into pediatrics, as that is a need already served in the community. It is too early to say what exactly will be offered at the hospital, though there will be more advanced technology and streamlined services when compared to the old campus.

Baptist invited the University of West Florida Haas Center to help understand economic and demographic movements and needs in the community, which they plan to use in decisions regarding the new and the old hospitals. For the old hospital, it will continue to serve the community in which it resides, though with a new and improved function. Most hospitals serve as a driving economic force to the immediate area around the campus, leading to many hospitals being surrounded by restaurants, shops and hotels. For the current main campus, it has remained a strange sight surrounded by a residential community. While the community around the hospital may not change, Faulkner does have big plans for the hospital, even if he doesn’t quite know what they are yet.

“I don’t know what that’s going to look like but I’m excited because I can tell you for 68 years, we’ve been an economic driver in this zip code but not of this zip code,” he said. “We looked at the data and realized our employees don’t live in the immediate area around the hospital. Patients that access us for care around the immediate community often access us for primary care and urgent care but they do so at the ER, the most episodic and most costly environment. There’s a better way.” 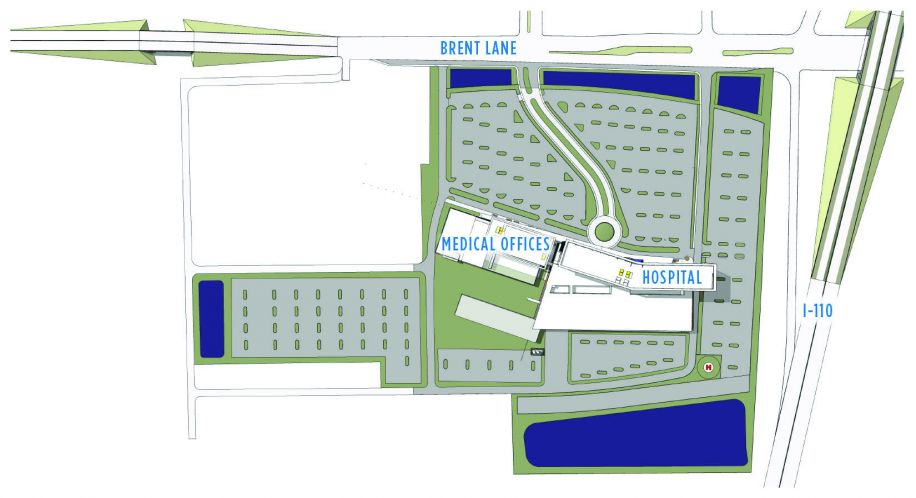 To find out what needs are not currently being met by the hospital, Baptist has opened dialogue with the surrounding community, along with using studies from the Haas Center, to cater to the current and future needs of the area. This process will take some time, so for the meantime no major changes are planned for the current campus, however Vice President of External Relations Jennifer Grove said they are excited to see exactly what they will be able to offer that hasn’t been available to people.

“We’re in the process of gathering input and we don’t want to move quickly to a structure of how we’re going to make decisions because we need to spend a significant amount of time listening,” she said. “There are many studies that have been done of the west side area over the years, so we’re going to spend some time working with the community advisory group looking back from 2004. Very often the recommendations that come out of these studies that have been done over the years, there are significant recommendations for this area, there’s just not a space to do it in. So now we’re going to have some flexibility with that in the future.”

The announcement of the new hospital marks the continued growth of Pensacola, which has seen huge economic and residential expanse in the last few years. The hospital will service all of Pensacola, northern Florida and into Perdido Key and Santa Rosa county. While the hospital will be located at a major artery of I-110, near to the ever-busy Airport Avenue and the Pensacola Christian Academy, Faulker said he and the leadership are working with city officials to not have a negative impact on the traffic flow. Right now, no problems are anticipated, but Baptist will continue to work with the city to make sure it doesn’t become an issue.

For Faulkner, the path to the new hospital hasn’t just begun. He has been on this journey for a long time and is thrilled to see it finally coming into fruition.

“At some point, I want to pull up in my car and say this is hugely impactful to our community in a lot of different ways,” he said. “Most importantly just improving the quality of life, improving the quality of healthcare and other facets of life. It is going to be important in reshaping the front entry to Pensacola and changing the landscape forever. Throughout the process, it’s going to be important to engage our community in an entirely different way here at this existing campus, there at the new campus and other ways we touch the community today.”

Baptist has invited anyone with suggestions or ideas regarding the new or old campus to reach out to the hospital. Send your thoughts to bhcmediarelations@bhcpns.org.