Since the recession of 2007-2009, the United States economy has been making a slow but steady recovery. New data from Womanable and American Express OPEN’s 2016 State of Women-Owned Businesses Report suggests that women-owned businesses are at the forefront of this recovery and play a key role in the overall health and welfare of the national economy.

According to the report, since 2007 there have been 1,072 net new women-owned businesses started each day. Currently, there are approximately 11.3 million women owned businesses in the United States which employ nearly 9 million people and generate 1.6 trillion in revenue. Furthermore, women-owned businesses have grown at a rate that is five times the national average for the past 9 years.

Just as these trends can be observed nationally, they are even more clearly marked at the state level. Florida is leader among the top 10 states to show the fastest rate of growth in women owned businesses. Between 2007 and 2016, Florida showed a 67% increase in the number of women owned businesses. When you compare that number to the 45% increase nationally, Florida is exceeding national growth by 10%.

Interestingly, a great many of the businesses booming in Florida are quite new. According to the U.S. Census Bureau’s inaugural Annual Survey of Entrepreneurs, 37% of businesses in Florida have been operative for five years or less. 19.4% of Florida businesses are women-owned businesses and of those 10.8% have been operative for less than two years. This data points to positive conditions for start-up businesses. Florida’s recovery from the recession seems to be accelerating, evidenced by the continued growth of existing businesses and with the creation of new ones in the past two years. This makes it an ideal climate for the emergence of more women-owned businesses. 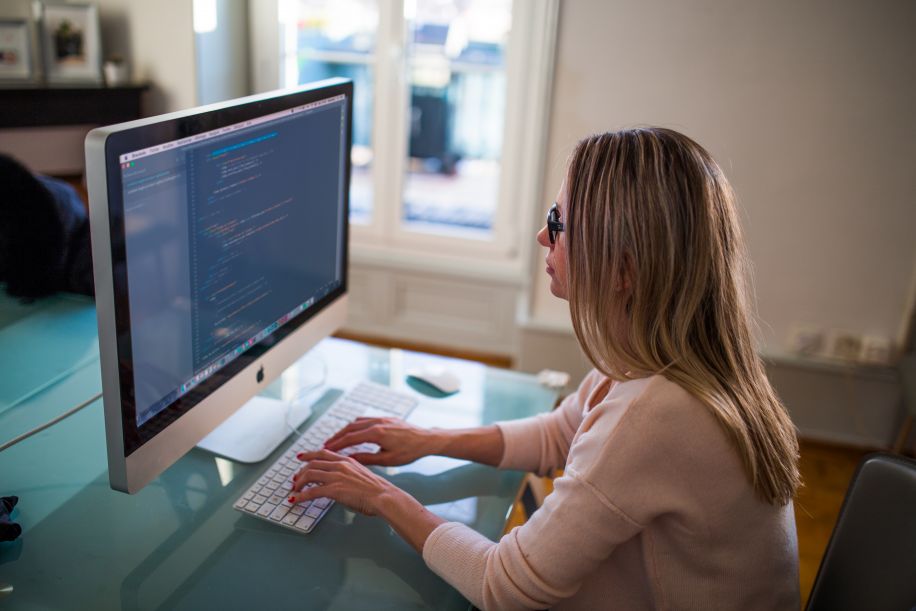 The majority of women-owned businesses in Escambia County fall into traditional industry sectors, as they do nationally. According to the 2016 State of Women-Owned Businesses Report, the top four sectors are as follows:

-Other services (home to hair and nail salons and pet care)

In Escambia County, the distribution is similar, with only a few minor changes.

So at face value, it appears that Escambia County offers a microcosmic view of the state of women-owned businesses both nationally and at the state level, at least based on the current available data. Allison Romer, the Economic Development Coordinator at the UWF Haas Center who specializes in economic impact analysis and community development, however, asserts that there are yet other things to take into consideration.

“Looking at the historical data between the 2007 and 2012 the number of female owned businesses in the MSA (Metropolitan Statistical Area) increased by 6.8%, meanwhile the total number of firms regardless of ownership declined 13.9%, “ Romer says. “During the same time period male-owned businesses dropped 7.8%.  However, the 2007 data is right before the Great Recession and the 2012 data is from the peak of the economic recovery period. Male dominated industries like construction were some of the hardest hit.  The percentage of all construction firms dropped 40.7% between 2007 and 2012.”

In other words, the growth tracked in this statistical data was pulled from a window of time spanning from a very low point in our economy in 2007 to the peak of its boom and recovery in 2012, making the growth appear more dramatic. All the same, Romer asserts that there are still parallels to be drawn between Escambia County and the larger picture.

“With all of that said, the 2012 data on female owned businesses in the Pensacola MSA does seem to track closely to state and national trends so I imagine that it would continue to follow that trajectory but a more in depth study would need to be conducted to say for sure,” Romer says.

Even with this boom, women-owned businesses in Escambia County will continue to face the same pitfalls as its national and state counterparts. According to the 2016 State of Small Business Report presented by Florida’s SBDC, the primary issue with these start-up businesses is access to capital. This problem was cited by 28% of businesses surveyed by the SBDC. A recent article in Forbes reported that the White House proposed a $43.2 million cut from the Small Businesses Administration budget. This would drastically reduce the amount of loan guarantees to small-business owners and have a disproportionate impact on women-owned businesses. That could spell trouble for the future of women-owned businesses on a large scale.

For now, it appears that women-owned businesses are starting to thrive and have a real potential for greater economic impact all around. The exact trajectory these businesses will take remains to be seen but the next year’s release of the 2017 Survey of Business Owners data will offer more clarity to that end.