As discussions about climate change and environmental stability have become more and more prevalent, some states are establishing laws to help create a more environmentally conscientious society. California made solar panels mandatory for new homes built after 2020, and New York City requires any roofs undergoing major construction to be covered in solar panels or a green roof system. Solar panels create clean, renewable power without the use of fossil fuels or release of greenhouse gasses like carbon dioxide. 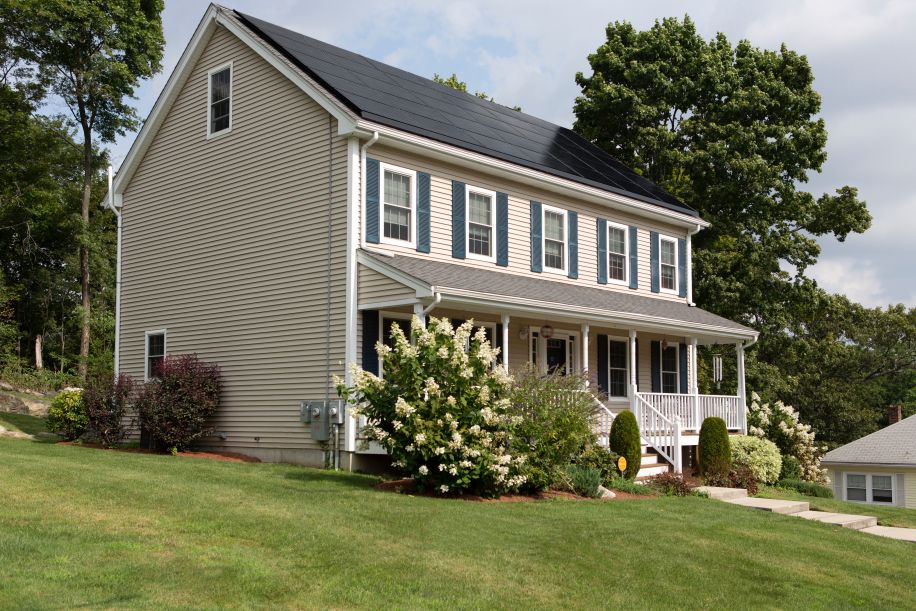 Although the state of Florida has little to no laws regarding solar panels, recent laws and damage from hurricanes have increased the price of electricity, which has made solar panels a favorable alternative to electricity. When Hurricane Michael hit, dozens of Florida cities were left without power, so the Senate passed bill 797, which allows utility companies to charge customers for any and all storm protection projects. Although this law will better prepare utility companies for storms, the House estimated the long-term costs of storm hardening could be as high as $30 billion.

“On top of that, we’re seeing a national inflation rate of about three to four percent on a United States scale,” Meraki Regional Manager Robert Reid said. “Most recently, rates went up about nine percent due to hurricane Michael– $342 million rate hike over the next five years. Although Gulf Power is reliable, the cost that they have to toss onto us– no fault to Gulf Power they are a business– is too costly. At the end of the day, there are alternative ways to produce the same amount of energy but at a cheaper cost.”

Pensacola is a prime area for solar panels not only because Pensacola is a city within the sunshine state but also because of Gulf Power’s increasing electricity rates. The majority of the solar companies in the area, if not all, offer zero down. Adam Najar, the owner of Suncor Solar, said that because electricity is more costly in the area, companies like his are able to make the payments for solar equipment less than the majority of their customers’ electric bills.

“The big thing is that instead of renting your energy with Gulf Power and seeing your rates go up with those rate hikes, you can go solar. The sun comes up everyday,” Reid said. “You’re just putting in a locked-in rate toward your equipment and not worried about rate hikes.”

If you were to pay in full to install solar panels on your home, you would completely remove the cost of your electricity bill because your solar panels would be generating all of your home’s energy. However, you would still have to pay the monthly $17-$21 connection fee to Gulf Power, which is included in all electric bills. The extra electricity that your panels produce that your home doesn’t need will then be sold back to the electric company, as part of Florida’s net metering law. So if you are able to pay for your panels in full, you eliminate your electric bill and can even make money off of them.

“Solar is an investment. You’re investing in the ability to generate energy, and electricity is a commodity with a dollar value, so essentially the best return on your investment is 100 percent offset of your consumption,” Sunfarm Energy Owner Doug Herrick said. “The net metering law in the state of Florida requires the utility to pay you retail rate for the energy that you sell back, and they do that in the form of a credit.”

If you can’t purchase the panels in full, you can also get them financed and still save money. In this situation, your monthly electric bill will be replaced with your monthly payment for the solar panels until you pay them off. Because electricity in this area is higher than most areas, these solar companies are able to make the monthly payment for the equipment lower than your electric bill.

“The more expensive electricity is, the better it is for people to go solar,” Najar said. “That’s why solar in California took off because electricity over there is twice as expensive as it is here, so everyone has solar over there. In Orlando and Tampa, the electricity is so cheap, so it’s super hard as a solar company to compete with that electric company. ”

Now that we’ve broken down that part, what’s the process? No matter what company you choose to work with or whether your property is commercial or residential, the first thing the solar company has to do is check if the property is eligible. Herrick said that locations with southerly facing roofs and limited shading are ideal. The company will do an energy analysis to gage your consumption of electricity, which will help them determine the number of solar panels you’ll need for the property. As part of the analysis, the company will collect your electric bills from the past 12 months. Once the analysis is complete, the company will then determine if there is enough room on your roof to place the number of panels your property needs to produce the same amount of energy you require. If the number of panels needed doesn’t match the allotted roof space, there are options to do partial electrical and partial solar, or you could install the panels on the ground, garage or shed, but those options are not ideal.

This issue of limited space is predominantly an issue with commercial properties. “The other thing that comes into commercial is the space,” Najar said. “I have a couple of clients who are very interested in going solar, but the space that they have versus the amount of power they use doesn’t add up. You could produce 20 percent with solar, and the rest is going to have to come from the power company. That’s not every case, but you will see that more often with commercial.” The process to get solar panels approved for residential properties can happen as early as the same day or as long as a couple of weeks. Once approved, the installation can take between two to three months. However, the process for commercial properties can take months or even years.

Najar said that even though the process for commercial is lengthier, commercial deals are the ones who see the biggest return because they qualify for a tax credit, can write it off as an expense, since it is a utility bill, and since it is such a large project, they can get a little bit of a discount on the panels, too.

Residential properties can also benefit from the federal solar tax credit, or investment tax credit (ITC). ITC allows both residential and commercial owners to deduct 26 percent of the cost of installing a solar energy system from their federal taxes with no cap, but the ITC is set to expire in 2020. The ITC was originally made to be part of the Energy Policy Act of 2005, which was set to expire in 2007, but extensions throughout the years have kept it from expiring. Herrick, Najar and Reid all said that they are hoping for the tax credit to be renewed once more.

Common concerns about investing in solar panels are roof damage due to panel installation, maintenance and potential damage from storms. Solar panels are installed to the roof either through a ballasted racking system or a roof clamp system, and neither require drilling holes in the roof. Herrick confirmed that every solar system is required to have a structural engineering permit and are designed to meet wind codes. Some home insurance includes solar in their plans. As for panel maintenance, companies suggest cleaning them once a year. “Mother nature does a very good job keeping the modules clean,” Herrick said. “We do recommend getting the modules be cleaned maybe once a year, but beyond that, these systems are designed with a 25 year plus life span.”

Herrick explained that the panels are made from silica, the second most abundant element on the planet. The silica is melted to the point that a crystal is formed. The crystal is then cut extremely thin and the conductors are waffered in between the crystal sheets. It’s a well-known fact that Pensacola has hurricanes, and hail and excessive wind and rain can wear down roofs, but the solar panels can function as a roadblock between the severe weather and the roof. Herrick said that Sunfarm Energy prefers to install solar systems on the conditioned spaces, such as your home’s roof, because the panels add additional shading and protection for the roof. “In recent experience with hurricane Micheal, the solar panels protected the roof,” Herrick said. “Shingles were torn off only in areas where the solar panels were not at.” The University of California San Diego conducted a study on solar panels and found that panels help reduce the temperature inside the home up to 35 percent. “The southerly facing areas of the home get the most beating from the UV rays, which really damages the roof over time,” Herrick said. “That’s where we install the systems, so the roof gets additional protection from the panels.”

The United States’ residential solar market is at an all time high. The U.S Solar Market Report, from Wood Mackenzie Power & Renewables and the Solar Energy Industries Association (SEIA), stated that in the third quarter of 2019, 712 megawatts of solar were installed, which broke the 2016 national record by 25 megawatts. The Florida panhandle has also seen a spike in the solar panel market. Pensacola’s Naval Air Station is home to Florida’s largest solar energy project. The three largest combined solar facilities on Department of Defense property are located here on the panhandle: the Eglin Air Force Base, NAS and Whiting Field’s (NOLF) Holley Field. All three combined have approximately 1.5 million solar panels, which are capable of generating up to 120 megawatts of electricity. Whether you are interested in investing in solar or are still on the fence about it, the first thing you need to do is research.