The summer sun is rising, and that means its time to get together with your closest friends to throw the Ultimate Summer BBQ! We’ve listed some “great” tips below to make sure your party turns out the same way as every other party you’ve been to in the past year. 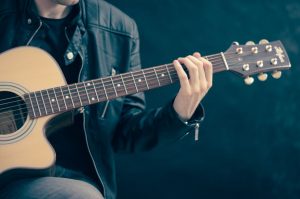 Accidentally Invite ‘That Guy’ – When sending out Facebook invites for your party by blindly selecting friends and acquaintances, make sure that you accidentally send an invite to That Guy. You know, the one that keeps coming up randomly behind people and giving them shoulder massages and insisting we listen to this new song he just wrote. It is far too late now to take back the invitation as he spends all day on Facebook and already saw it. Maybe he won’t be too bad this time, but he’ll probably end up wiping his hands on your good chair after he eats too many hot wings.

Pick Non-Thematic Music – It’s summer and its time to unwind, so what better way to start up the party than by playing Sufjan Steven’s depressing masterpiece Carrie & Lowell? Or how about The Physics House Band’s Mercury Fountain even though you are the only one who likes experimental math rock? Don’t forget to throw in Ghost Town DJ’s My Boo to instill a false sense of hope in your partygoers that the soundtrack might have some high points, only to say you like the song ironically.

Only Talk to Three People – Nearly two dozen of your closest friends – and their associated acquaintances you feel awkward around – are set to come over and enjoy your BBQ, so make sure you only actively engage in prolonged conversation with three of them! Your best friend, your band mate and your S.O. will enjoy sitting around having a conversation between each other for hours on end! Don’t worry though, all the other partygoers have done the exact same thing – no man is an island, after all. 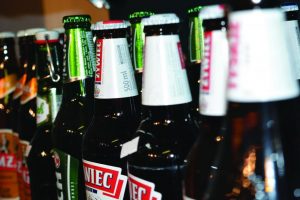 Get In a Heated Argument – No summer function would be complete without your positive view of a friend doing a complete 180 after a drawn out, bile-fueled drunken argument. Whether it be about politics, religion, gender or entertainment, you are sure to ruin at least one friendship because neither of you understand conflict resolution. When the argument is over, make sure to look back on your relationship and remember that they’ve always been like that, haven’t they?

Bring Drinks No One Likes – The invite says BYOB, and you intend to really stress that ‘Y.’ Whether it’s that 12-pack of Icehouse no one would willingly drink past the age of 21, or a deep-cut micro brew triple IPA with an ABV of 11%, lucky you will be nursing your private stash all night. Don’t bother planning cocktails, because people will just want to do warm shots of Grey Goose or cobble together the worst whiskey ginger you ever did see – either way, you’re sipping a beer that tastes like cold carbonated coffee, so who are you to judge?

Either Have Too Much Food or Not Enough – A great way to keep a party on its toes is making the guests wonder what the food situation will be like. Should you have a potluck where only three people bring dishes, or should you spend all day slaving over the grill only to have half the party say they just started eating vegan? Whether you go hungry or throw it all away, people will be sure to appreciate it! 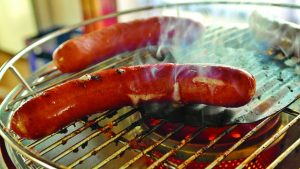 Swear Off Parties for At Least a Week – You wake up the morning after the party – your favorite Steely Dan record is scratched up, someone managed to break a chair, and you find an empty beer bottle in your laundry room. As you clean up and ignore your pounding migraine, be sure to swear off having a party ever again because your friends don’t appreciate you. A week later, send out an invite for a little ‘get together’ because you have no control over your life and you never learn.

*Chad Risible is not a real journalist and may or may not be a real person.