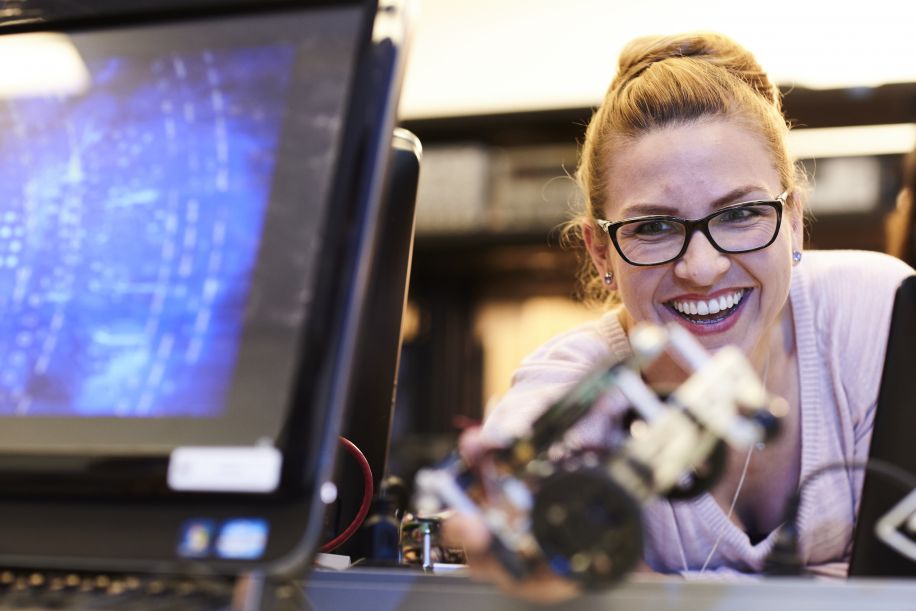 History is being made at the University of West Florida (UWF), who is teaming up with the Florida Institute for Human and Machine Cognition (IHMC) to offer a new doctorate program in Intelligent Systems and Robotics. This program will be the first Ph.D. program centered around artificial intelligence (AI) in all of Florida, and will be among only a handful of other similar programs offered throughout the nation. IHMC, a nationally-recognized robotics and AI engineering research institute based in Pensacola, will provide the expertise for the program and UWF will provide academic and research support for the students. While the program is expected to be small, only five to eight students for the first class, it will pioneer the first steps in Florida toward the development of graduate level and higher educational programs centered around AI.

Progress toward this Ph.D. program started when UWF President Dr. Martha Saunders found an old proposal with IHMC two years ago. She and Dr. Ken Ford, CEO of IHMC, decided it was the right time to start developing the program, and in November the Florida Board of Governors approved the joint proposal for the Ph.D. program. Now, all efforts are going toward preparing for the first classes in the 2019 Fall school semester, set to start in August.

Saunders said they chose this program in particular because it takes advantage of the strengths of both UWF and IHMC.

“As we were putting together our strategic plan, one of the things we realized would be best for us is to build on our strengths and to leverage regional resources,” she said. “We have a very strong engineering and robotics program already, so that’s a strength of the university. When you add IHMC, which is certainly a regional resource, you get something that’s greater than the sum of its parts.”

The Interim Dean for UWF’s Hal Marcus College of Science and Engineering (HMCSE) Dr. Jaromy Kuhl added that although it might seem strange for UWF to have a program such as this, the university’s proximity to IHMC makes it a perfect place to offer the program.

“A university like us wouldn’t normally have a Ph.D. program, but our location with IHMC makes us sort of a natural fit,” he said. 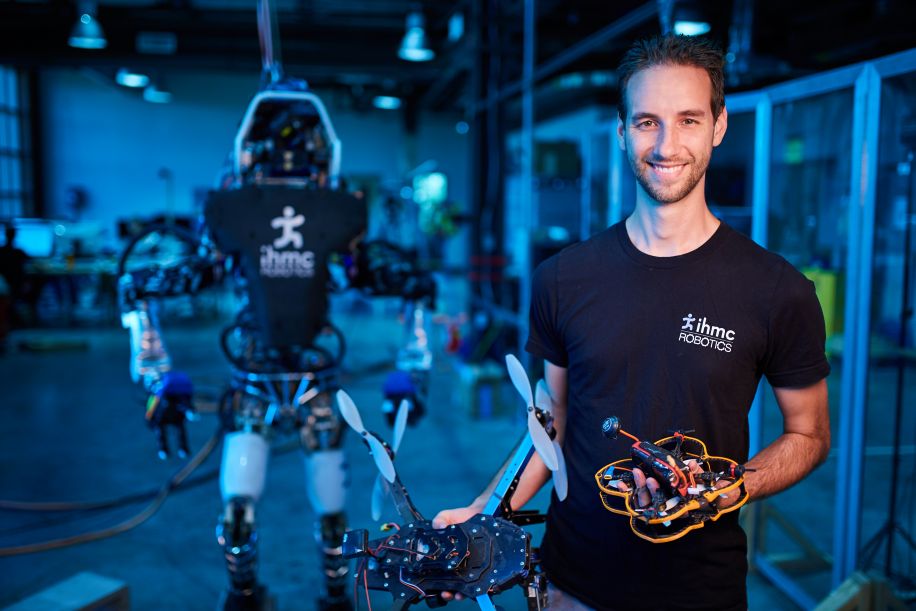 The Ph.D. program will focus on the research and development of robotics and AI in a wide range of fields. Students will spend the first 18 hours or so in classrooms and afterward will be assigned a mentor at IHMC and will begin their research soon after. When developing the program, Saunders said they tried to keep it very flexible to better serve the inspiration and discipline of many different students.

“This program is so multidisciplinary and it’s very much tailored to the students we get,” she said. “So you don’t know where it’s going to go until you get the student in front of you. I really think it’s going to be a model for the state. This is a program where the students don’t spend two years in class before they get into a lab. They start out figuring out what they want to do, then we assign them to the appropriate research lab and they’re on the job the moment they start. This is very different from the traditional doctoral programs.”

Executive Vice President of IHMC Julie Sheppard said IHMC had an important role in developing this curriculum with HMCSE, and will continue to take a joint role in the program’s continued development.

“What we’ve done is try to keep the curriculum really flexible while empathizing intelligent systems and robotics,” she said. “You could envision someone wanting to be in the program that currently works in agriculture, manufacturing, healthcare, the defense industry, cyber security, transportation, almost any high-tech industry. Right now, intelligent systems are dominating those fields. So it’s very timely.”

Kuhl echoed Sheppard’s thoughts on this program being timely, as students who graduate from the program will be going on to develop some of the newest technology for some of the largest industries and companies.

“The other part of this is that robotics is key when it comes to technology of the future,” he said. “We’re preparing students to be able to participate in that. They will be highly qualified for those very technical positions at big companies like Amazon or Google, ones that are in the forefront of artificial intelligence and machine learning.”

UWF’s partnership with IHMC and the size of the school will offer a unique take on this new field of education, as the smaller size classes will allow for more quality time with the UWF instructors and the IHMC scientists. Even as more programs like this are expected to appear throughout the nation and Florida, UWF’s program will remain as a pioneer to a very different take on how Ph.D. programs are supposed to progress.

“I don’t think you would find this specific program, certainly not in Florida,” Sheppard said. “I doubt you would find this specific program in the U.S. Students who are really into this field, I think they will find it a really exciting time to be a part of what I would call an interdisciplinary, elite, small Ph.D. program where you would be one of the pioneers who graduated from this program.” 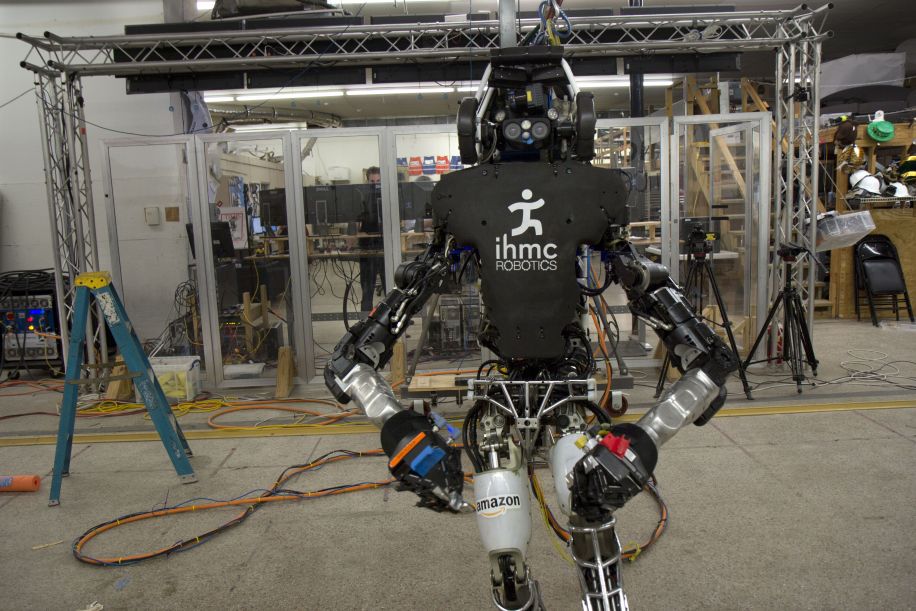 “I think it’s going to be fun,” Sheppard continued. “Since it’s a small program, I would say that the students in this program will have really one-on-one opportunities. As a student today with universities that are large, I don’t think you normally get the opportunity to have that hands-on, one-on-one contact with people who are top in their field. That will be the experience for a student in both the UWF faculty and from the IHMC research scientists.”

While some may be skeptical of UWF’s ability to offer a quality program in such an expansive and evolving field, Saunders explained that the university won’t be offering a typical Ph.D. experience because UWF does things differently, and by doing things differently they can offer something new in a field that continues to grow, such as robotics and AI.

“We know we’re not the biggest, we’re certainly not the oldest, but we can be the most agile,” she said. “We can recognize a good idea and act on it very quickly. I’m excited on the innovative nature of this program, that we’re trying something that is a little bit different. That is a signature of the university. I don’t know if it was an early president or not, but someone at the university said we are different by design. We don’t do things like everybody else. … There’s a spirit in the place that is different.”

As the 2019 fall semester of UWF approaches, Sheppard said this accomplishment not only indicates the drive and quality of UWF and IHMC, but also reflects the spirit of the community in Pensacola.

“We should be very proud locally that one, we put in all the work to do this and two, that we got it approved and three, that it’s going to be successful,” she said.