Psychology has a diverse range of careers. Working in mental health is just one of the many careers in psychology. In fact, industrial-organizational (IO) psychology is predicted to be one of the fastest-growing psychology fields between 2018 and 2028. IO psychology studies workplace behavior. Many IO psychologists work in research or positions dealing with worker productivity, employee training, assessment and human resources. The U.S. Department of Labor reported that the median annual salary for IO psychologists was $97,260 in 2018. 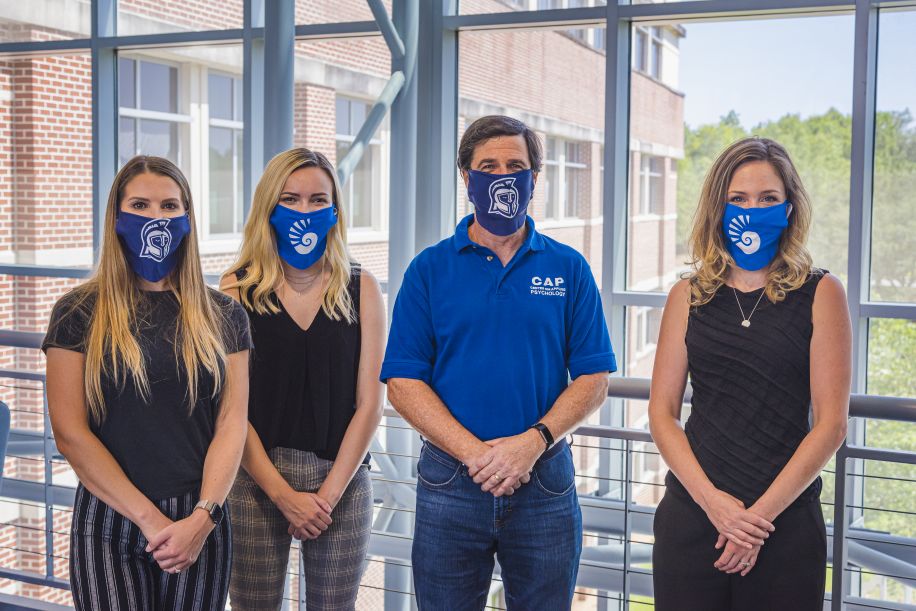 “When people think of psychology, they think of somebody sitting on a couch and talking about their problems,” Dr. Morganson said. “But IO psychology and human factors psychology are much more applied and very practical fields with high employability.”

“Dr. Morganson’s expertise is industrial organizational psychology, and mine is in human factors psychology. They’re both related because they’re workplace psychology. With that kind of combination, we did things like a cognitive task analysis so that we can figure out what’s necessary to teach,” Dr. Kass explained. “We have to go through the process and see what people are thinking about when they’re doing those tasks, what are the actual behaviors that they have to engage in and the decisions that they make.” 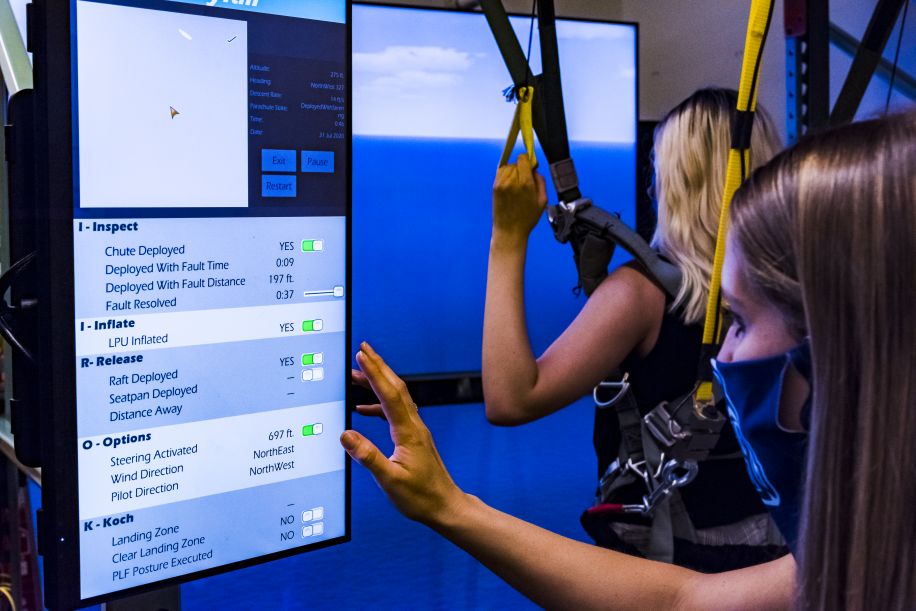 The Navy uses these simulators after the trainees have learned about ejecting or bailing out a plane due to emergencies. The simulation is a way for the Navy to practice parachute descent procedure and gain experience with solving different types of parachute malfunctions.

The Navy has been using an older virtual reality parachute descent trainer. The Navy more recently invested in research and development of a technology from Soar Technology Inc., which UWF will evaluate. SoarTech has two types of simulators: Skyfall and Skyfall VR. Skyfall uses three large screens. The two screens in front of the participant show the ground and surrounding scene. The screen above shows the parachute. Skyfall VR uses 3-D virtual reality goggles.

The UWF professors have access to SoarTech simulators on the University’s Pensacola Campus. Their lab features parachute riggings, harnesses and other equipment.

Because of COVID-19, the experiment had to be adjusted. Originally, the researchers planned to collect data from real trainers and trainees on base, but COVID-19 complicated that plan. Fortunately, Kass and Morganson were able to identify the knowledge, skills and abilities parachute training requires from real trainers and trainees on base. The project is now moving forward into a second phase, pending stakeholder approval. 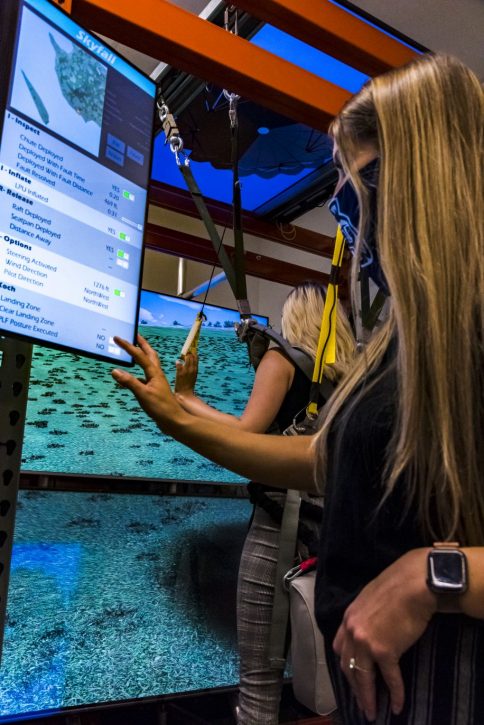 Kass and Morganson are using observations to provide feedback to the Navy and Soar Tech, which will lead to training and equipment modifications. The findings will help personnel to complete the tasks required to land safely. Additionally, the experimenters are now proposing to collect human subjects data to compare the simulators at the UWF Campus to compare the trainers from a student perspective.

This simulation will be a part of the Navy’s Aviation Survival Training Centers, so UWF’s research could potentially save servicemembers’ lives. Kass and Morganson interviewed several pilots, including a Blue Angels pilot, who utilized their parachute training to survive a plane crash.

“It’s reassuring to know that the training the pilots went through with the Navy helped them safely land following ejection from their aircraft,”  Kass said. “It’s nice to know we’re going to be a part of that project.”

Cayla Hartley, Kenzie Hurley and Kaylin Strong, IO psychology graduate students, have been assisting the professors with this project. They expressed how excited they are about using their knowledge in IO psychology in the real world.

“We’re in the human factors class with Dr. Kass, and we’re able to take what we learn in that class and apply it to what we’re observing with the simulator,” Hurley said. “All of these improvements that we’re suggesting can help improve the training in the Navy.”

For more information about the Department of Psychology, visit uwf.edu/psychology.