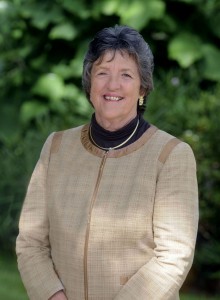 Today, the University of West Florida Board of Trustees voted to keep Dr. Judith Bense as the President of the University of West Florida until Dec. 31, 2016. The extended term, together with changes to the provisions of her contract relating to her return to faculty after Dec. 31, 2016, are set forth in an Addendum to President’s Employment Agreement approved by the Board. The Addendum increases by 10% the amount that Bense will be paid during the one year sabbatical leave that will be extended following the end of her term as President and during the three years following her return to faculty.

In the faculty appointment following the end of her presidency, Bense will report to the Provost in the same manner as other tenured faculty and will be subject to the University’s personnel policies and will not be considered executive service. She will be required to teach at least one course per year and will be provided with office space, administrative support coverage and a full time graduate student assistant for research. The terms of this appointment will extend for a period of three years, renewable thereafter on mutual agreement upon mutually agreeable terms.

The Board also voted not to increase Bense’s base compensation for fiscal year 2014-15 and not to award a bonus for 2013-14, other than the 3.8%, which she already received along with other University staff.

Bense became the fifth president of UWF on July 1, 2008. Since taking office, she has focused on growth, visibility, enhancing the student “collegiate” experience and partnerships with the goal of making UWF a first choice university. Bense has built a solid network of community partners, identified regional workforce needs, increased student residents and athletics and strengthened academic programs so that students are prepared for future leadership.

She founded the UWF program of anthropology/archaeology in 1980, becoming the first academic chair in 2001. Bense also established the Archaeology Institute in 1980 and served as its director for 20 years. She has authored five books and 17 chapters in books and professional journals. Bense has been awarded more than 75 grants and contracts totaling more than $6 million. In 2006, she founded the statewide Florida Public Archaeology Network, which is headquartered at UWF. FPAN is the largest statewide organization dedicated to bringing archaeology to the general public in the United States.